Pauline Cove is home to Inuvialuit and Euro-North American heritage resources that are currently threatened by storm surges and erosion caused by the depletion of sea ice. These historic buildings, which have been digitally captured using a Z+F laser scanner, can be viewed throughout this archive. The locations of all of the buildings contained in the archive can be identified on this 3D map. To navigate, use a 1 finger drag or click the Left Mouse Button and move your mouse around the screen.

Qikiqtaruk is a small island in the Beaufort Sea that is approximately 116km2 in size and located about 5km off the coast of the Yukon Territory. It is Canada’s western most Arctic Island and the only off-shore island in the Yukon Territory [1,2]. Situated in a rich ecological area, archaeological investigations on the island indicate that it has been occupied for approximately 1,000 years – beginning with the Thule, who were the ancestors of the present-day Inuvialuit. The arrival of the Thule to Herschel Island coincides with a period of climatic warming which brought an increase of bowhead whales to the area, which were hunted from kayaks and umiaks [1,2]. Beyond its long history of Indigenous occupation, Qikiqtaruk became a fundamental piece of northern Canada’s history due to the well-documented contact between Euro-American and Indigenous populations [2]. Qikiqtaruk was given its English name of Herschel Island in 1826 by Sir John Franklin, who named it after his friend Sir John Herschel and his family who were well-known English scientists at the time. While mapping the Arctic coastline he sighted the island in 1826 when there were three Inuvialuit settlements on the island. The largest was located in Pauline Cove, and estimates of the population of the island and nearby coast for this time range between 200 and 2000 people. Franklin recorded that the Inuvialuit already had Russian trade goods that would have been received from the Inupiat of the Alaska or from the Athapaskan Gwich’in from the Porcupine River region [1,2].

The arrival of Euro-Americans to the island began in earnest when the whaling industry expanded to the Beaufort Sea. In the 19th century the whaling industry was driven by a demand for oil and baleen [1]. Baleen are flat pieces of protein that help a whale sieve small fish and plankton out of mouthfuls of sea water. The baleen’s combined flexibility and strength made it a popular material for the construction of items such as corset stays, parasol ribs, and buggy whips [1]. As whale stocks began to be depleted in the Bering Strait and more southern waters, whaling ships started to sail into the Beaufort Sea to hunt whales, particularly bowheads. It was during this phase of the whaling period where Herschel Island became an overwintering site. The site of Pauline Cove offered both deep enough waters to harbor ships, and some protection from crushing ice in the harsh waters of the Arctic winter, so it was here where an Euro-American settlement was established. The whalers came with Siberians and Inupiaq from Alaska who could make warm clothing and help hunt, while the local Inuvialuit from the Peel River and Mackenzie delta regions traded fresh caribou meat in exchange for European goods. Unfortunately, the whalers also brought with them alcohol and diseases which both severely affected the Inuvialuit populations [1].

The Inuvialuit lived on-land in traditional sod houses, and most of the whalers lived on ships, heating them in the winter by insulating rooms with blocks of snow and burning imported coal and scavenged driftwood. At the height of the whaling period in 1893-1894 the seasonal whaling community at Herschel Island had a population of about 1500, which made it the largest settlement in the Yukon at that time [1]. As the community became more established, the first framed buildings in the Yukon were constructed in Pauline Cove. Seven of the remaining historic buildings on Herschel Island are directly associated with the whaling companies which occupied the settlement; see the NWTC Store, NWTC Shed, NWTC Warehouse, Bonehouse, Blubber House, Community House, and McKenna’s Cabin to learn more [1]. The size of the settlement attracted missionaries to the area, who started to arrive on Herschel Island in the 1890s. One of the remaining historic buildings is associated with this missionary occupation. The North-West Mounted Police followed soon after, establishing a sub-district headquarters post in Pauline Cove in 1903 [1]. Shortly after this in 1908 the whalebone industry collapsed and the whaling era came to an end; however, fur trading remained an active source of income and kept settlers at Herschel Island until the 1930s. It was then that the North-West Mounted Police post downgraded to a minor post until it permanently closed in 1964. The Inuvialuit continue their connection to the island for fishing, hunting and camping [1].

The Inuvialuit claims process began in 1978, and the Inuvialuit Final Agreement (IFA) was signed in 1984; in accordance with the IFA the Government of Yukon designated Herschel Island as a Territorial Park in 1987 [1]. Under this agreement, the Yukon Government and the Inuvialuit share responsibility for the maintenance, management, and protection of the island and its cultural and natural resources. Management plans for this were derived by a committee composed of Yukon Government and Inuvialuit representatives. Cultural resources on the island include archaeological sites and artifacts dating back through to the initial Thule occupation of the Island; the remains of the no-longer standing historic buildings; four graveyards including two Inuvialuit graveyards, the Northwest Mounted Police graveyard, and the whaler’s graveyards; individual graves; and the heritage structures [2].

According to the mandate of the IFA, the Cultural Services Branch of Yukon government has undertaken the preservation of the historic buildings, and the archaeological and paleontological resources. In this initiative, the built cultural resources on the island were digitally documented during the summers of 2018 and 2019. The pages within this digital archive are dedicated to this project and represent each of the 12 buildings situated in Pauline Cove, the last remaining ice house, as well as a reconstruction of a traditional sod house. To recognize the importance of the traditional occupants of Qikiqtaruk, this archive additionally contains testimonials from elders recorded through different anthropological studies, as well as an Inuvialuit community page which are actively updated and contain contemporary stories about the island.

Many of the amazing photos in this gallery were taken by Sandra Angers-Blondin (Instagram), a graduate student in the School of GeoSciences, University of Edinburgh. Sandra is part of “Team Shrub”, a research group led by Dr. Isla H. Myers-Smith, who studies the influence of warming climate on tundra vegetation in northern regions. There are also examples of two “data sculptures” created by our research group. These 3D printed models of Pauline Cove were produced using drone imagery captured by a Sensefly Ebee Classic UAV. Projecting flood maps and orthomosaics onto the model creates a dramatic three dimensional representation of the data, making it more impactful to the viewer. 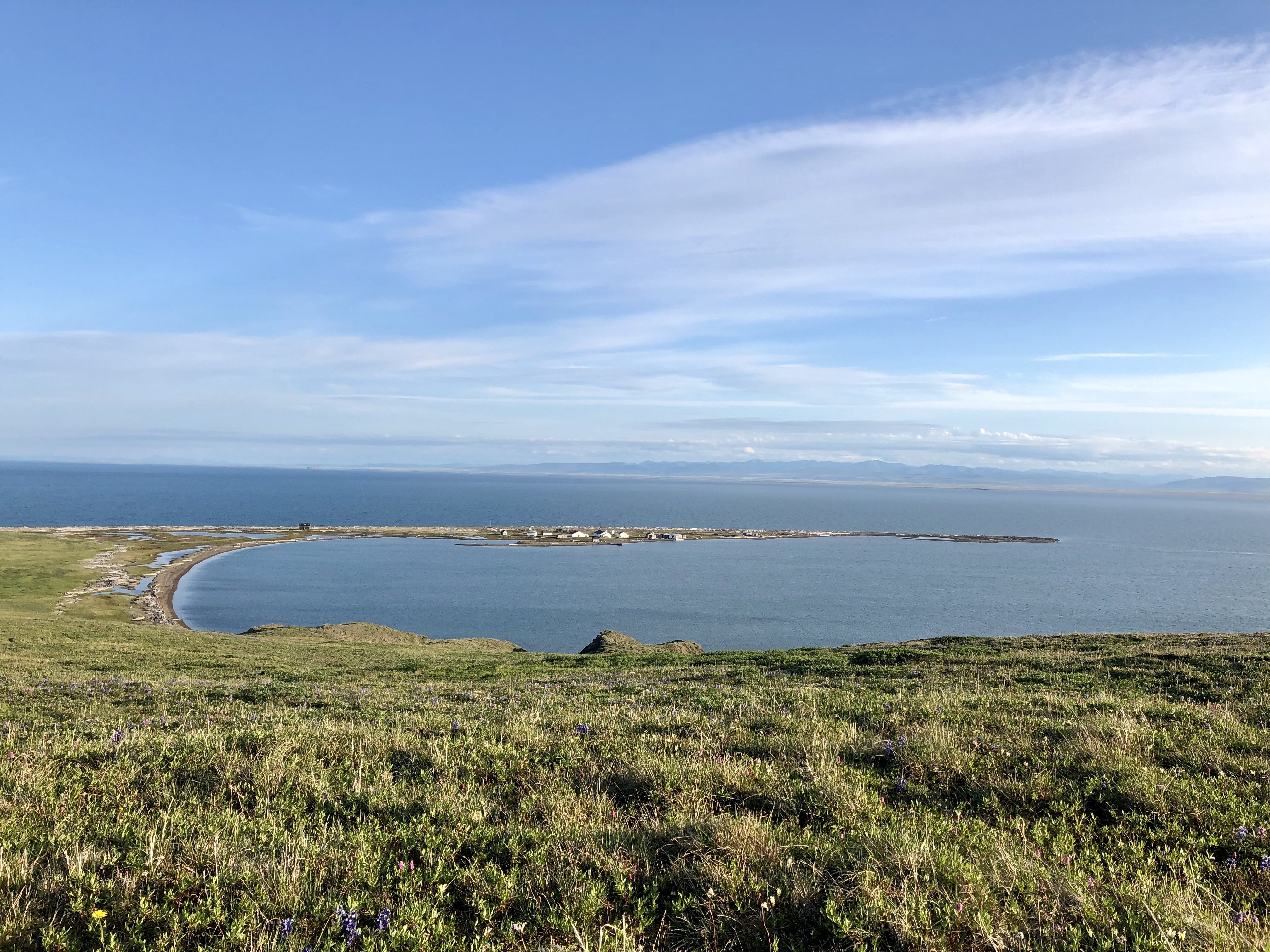 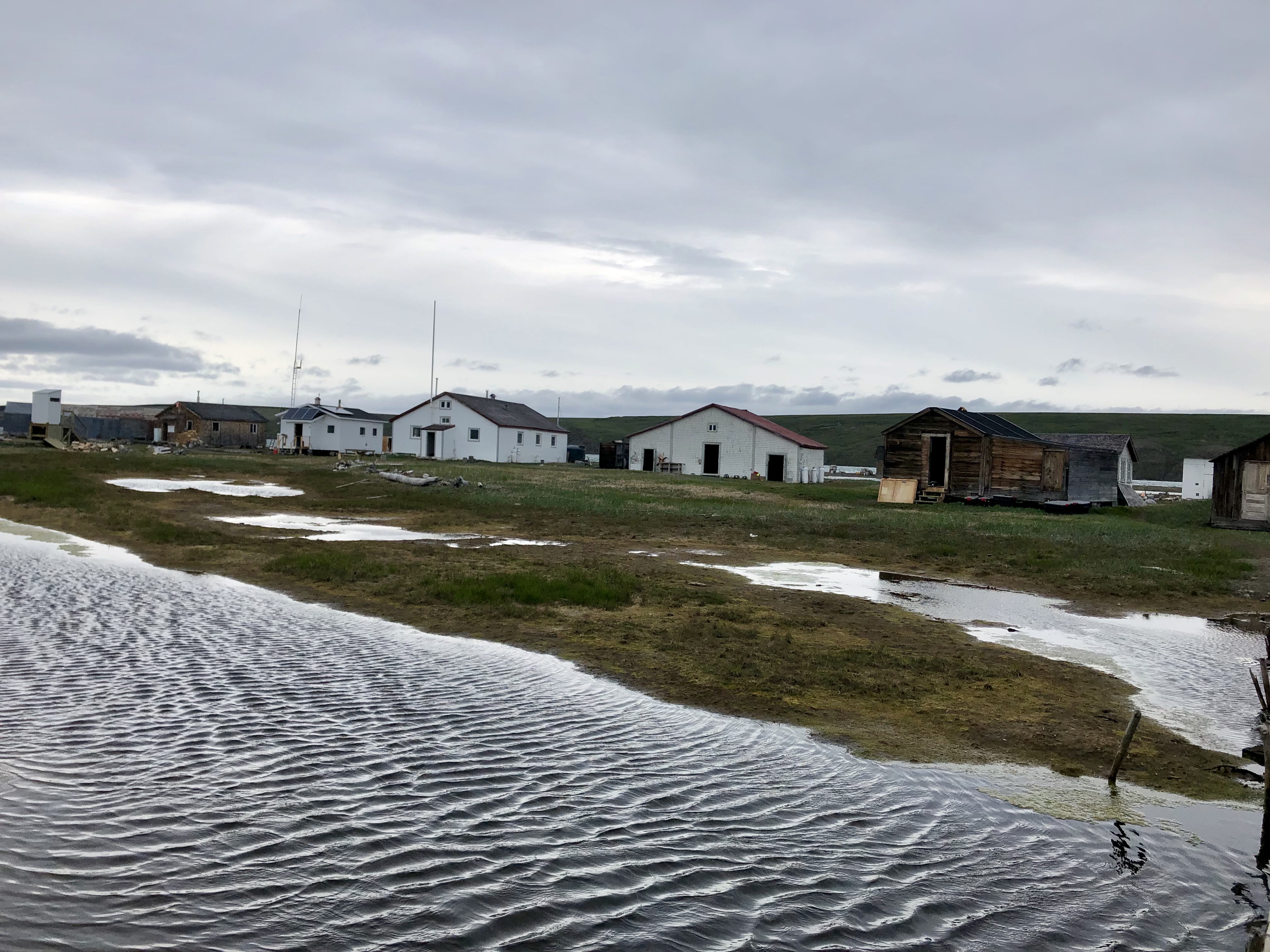 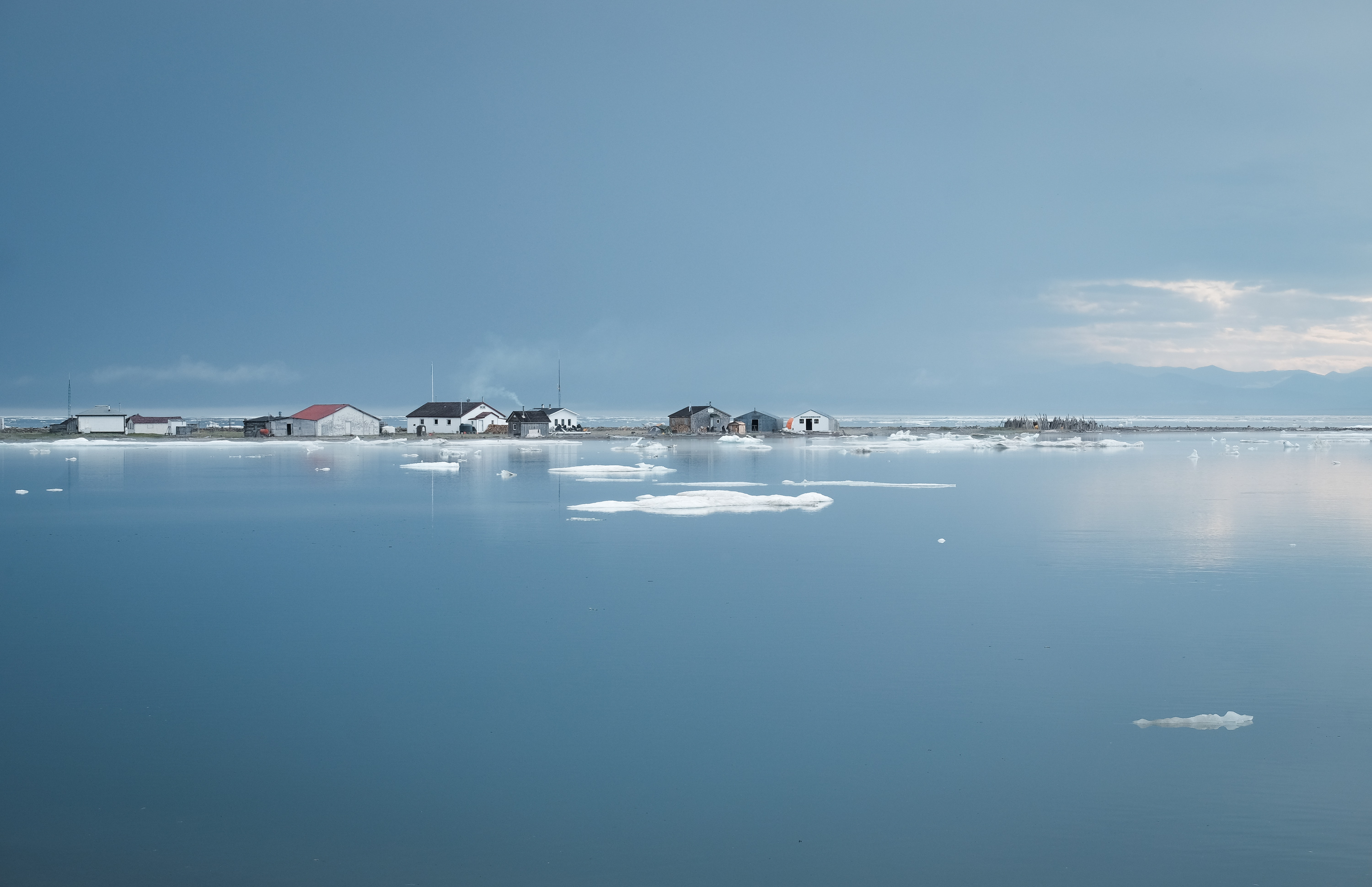 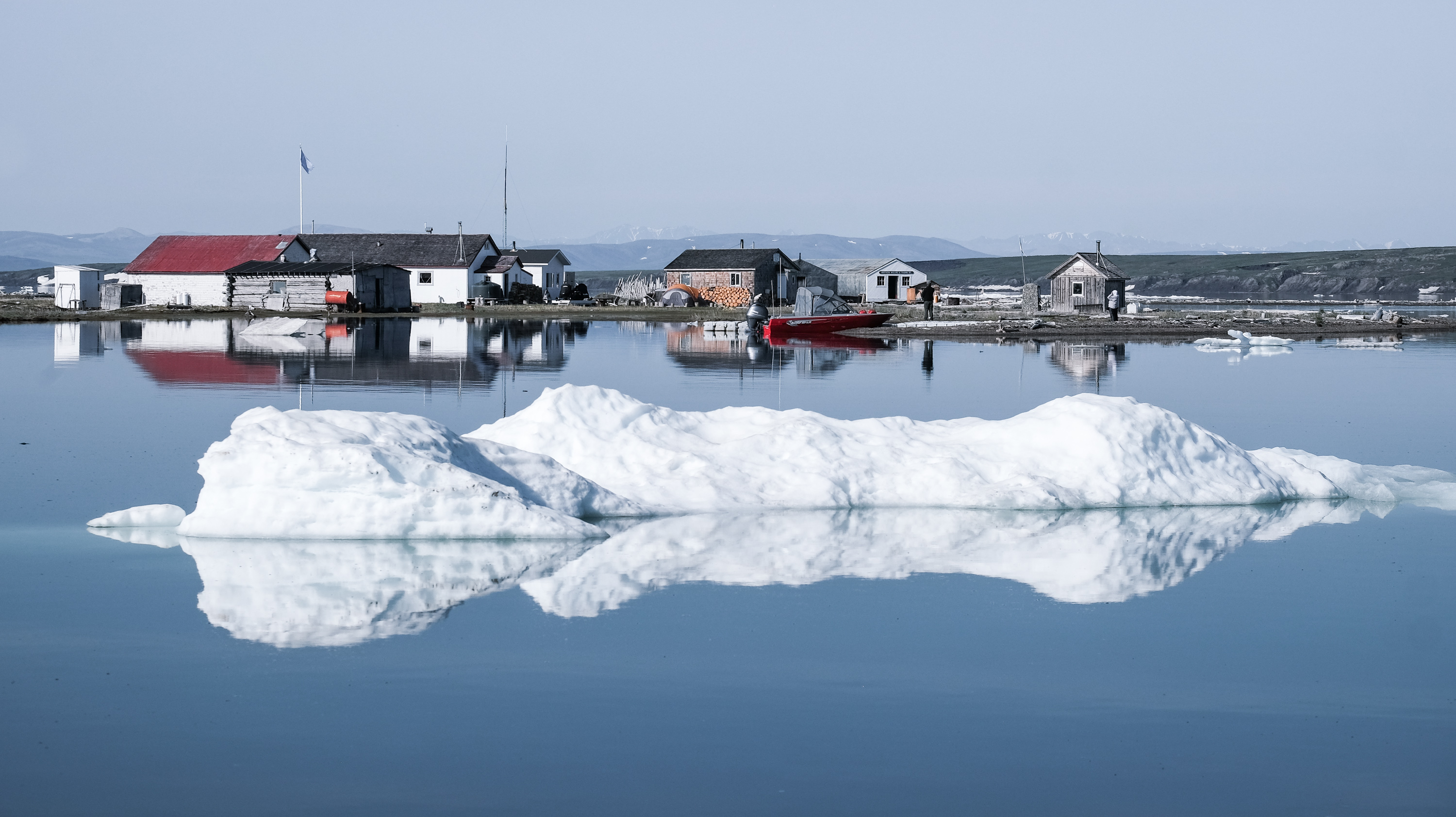 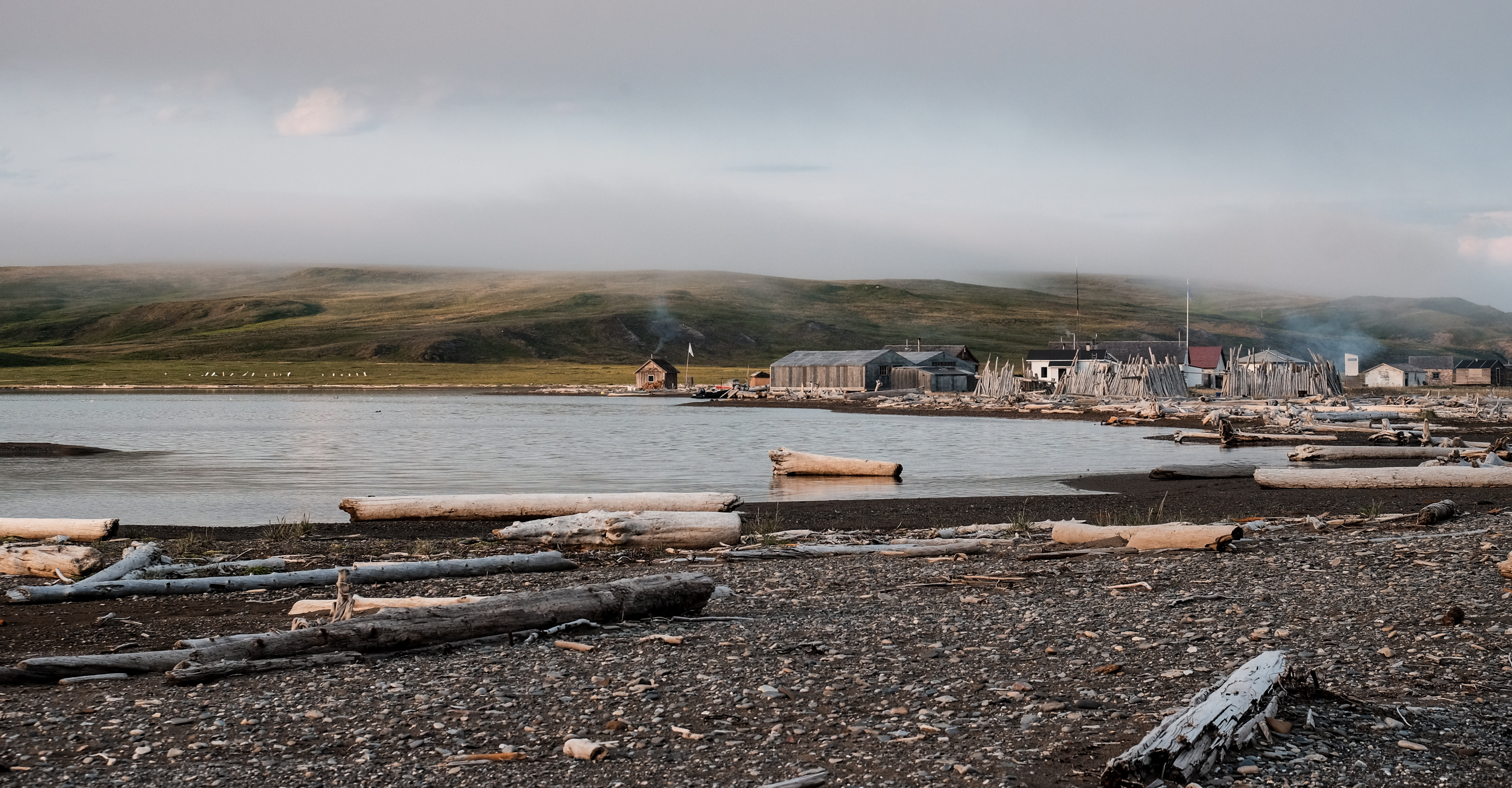 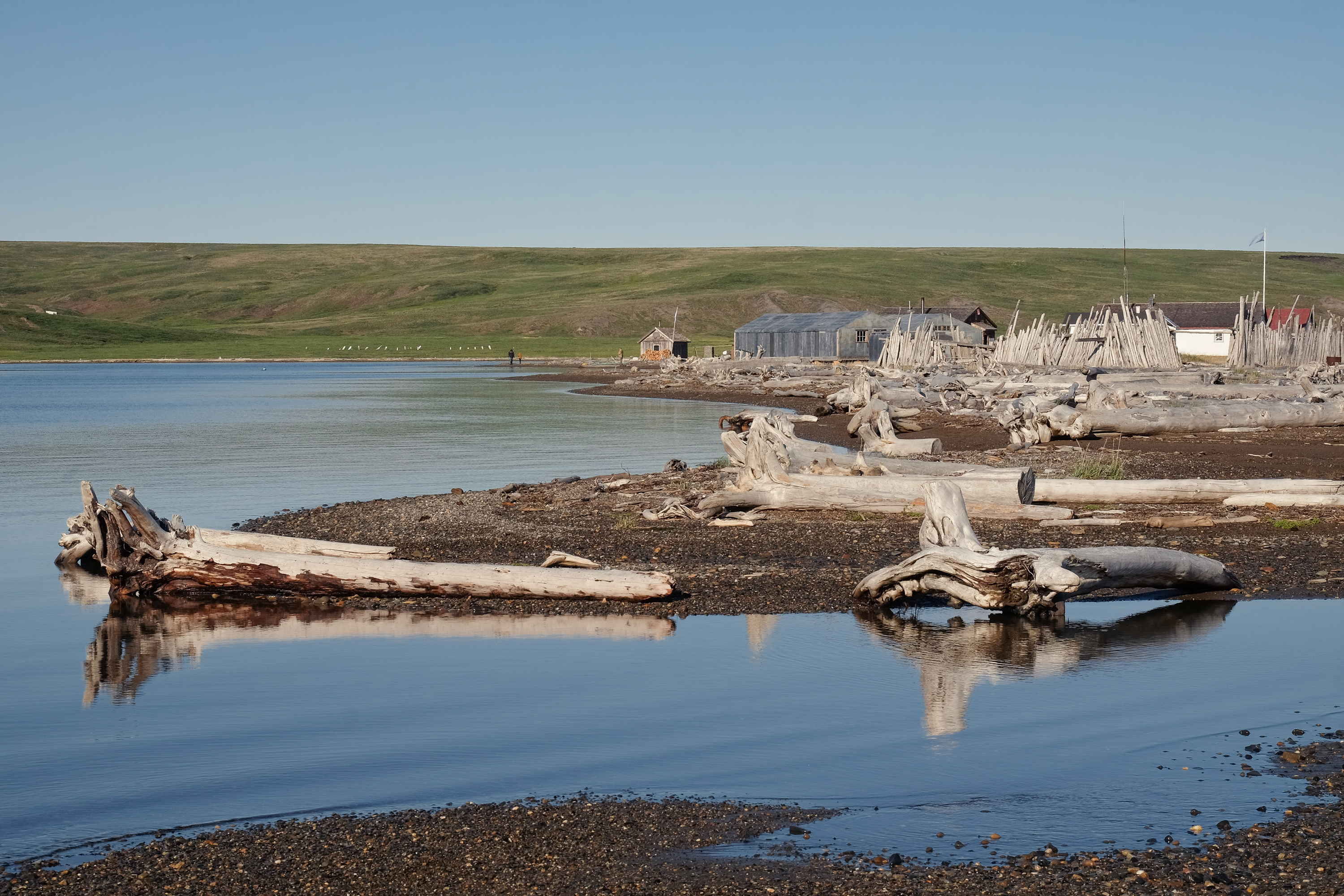 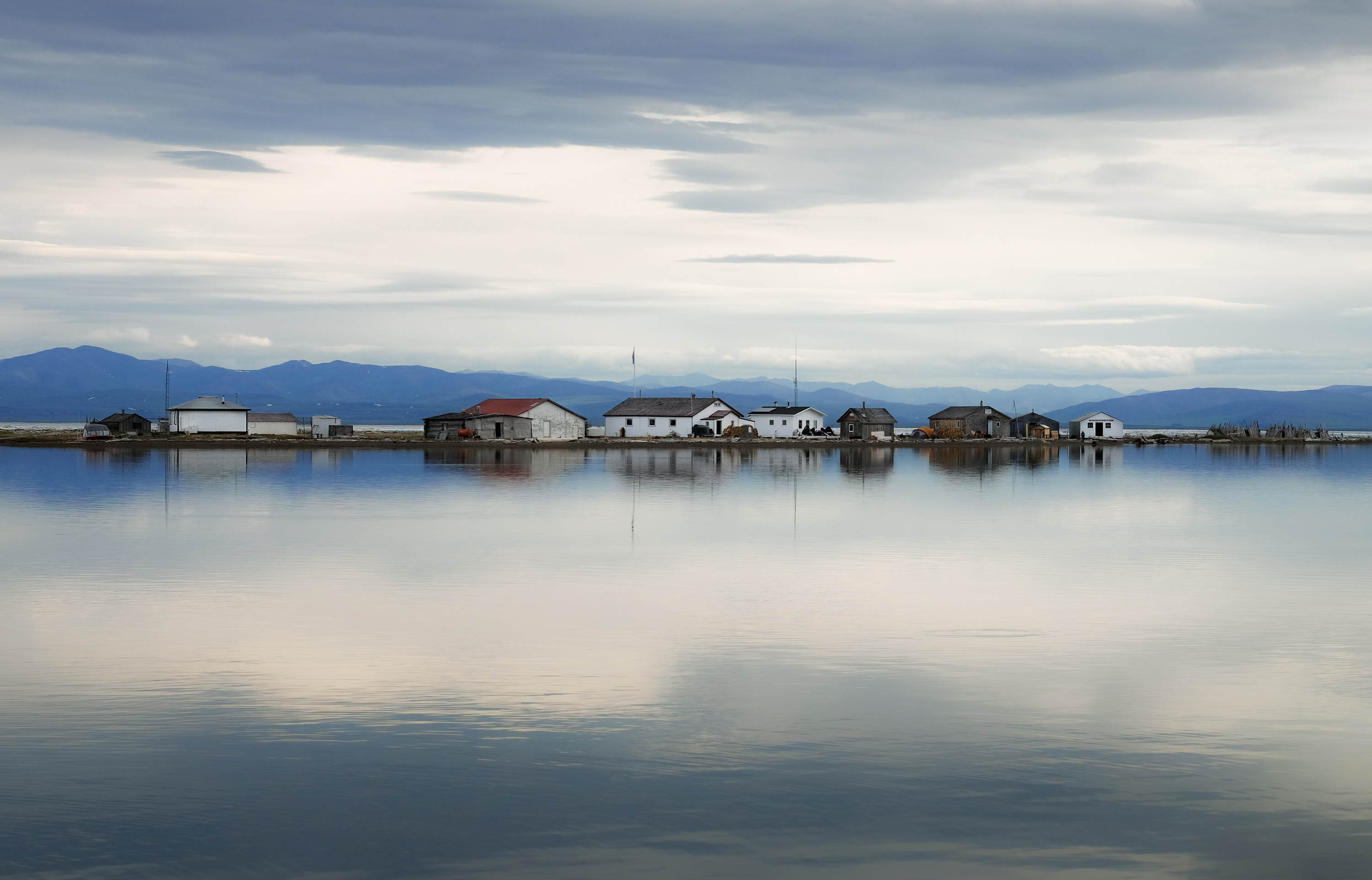 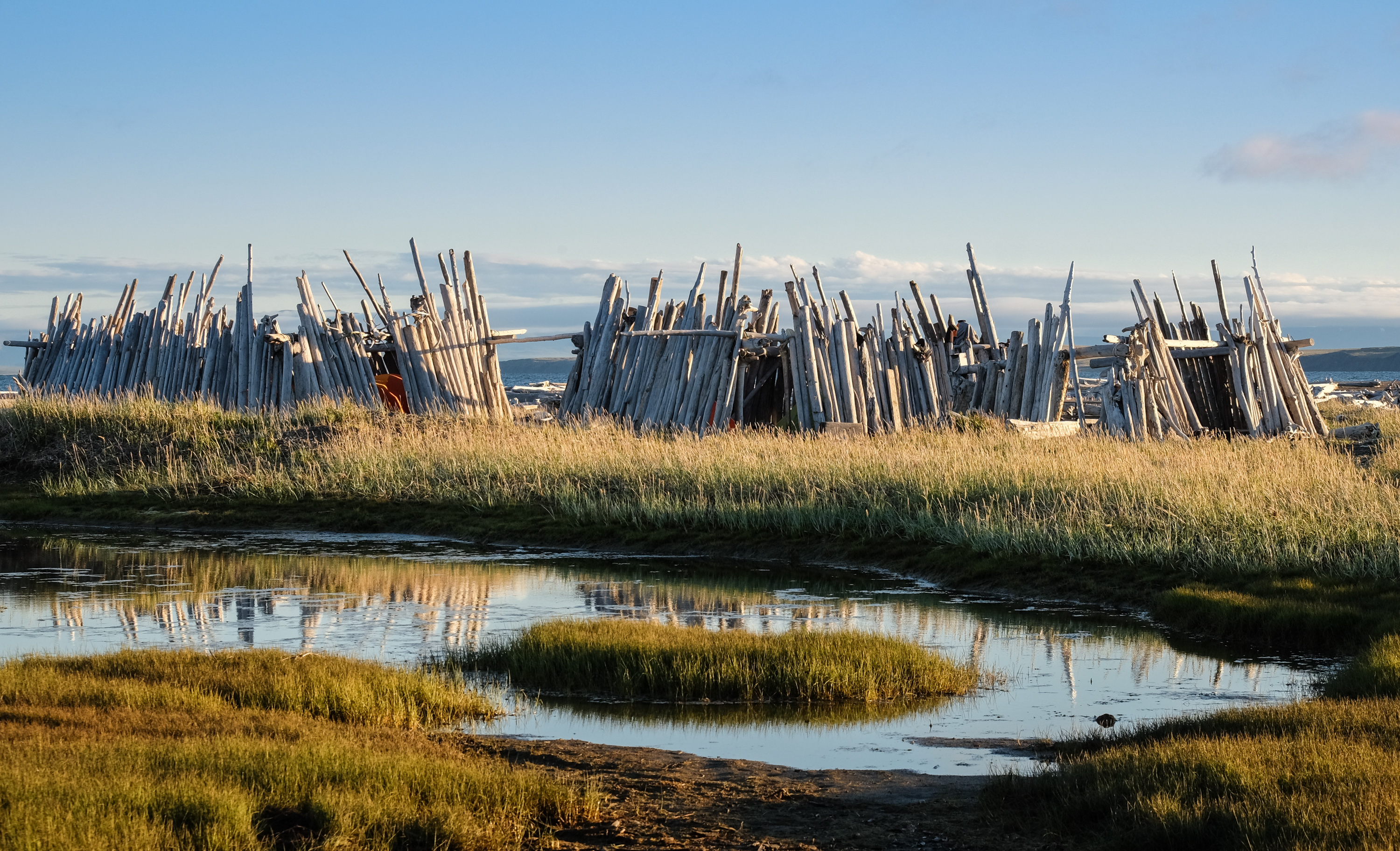 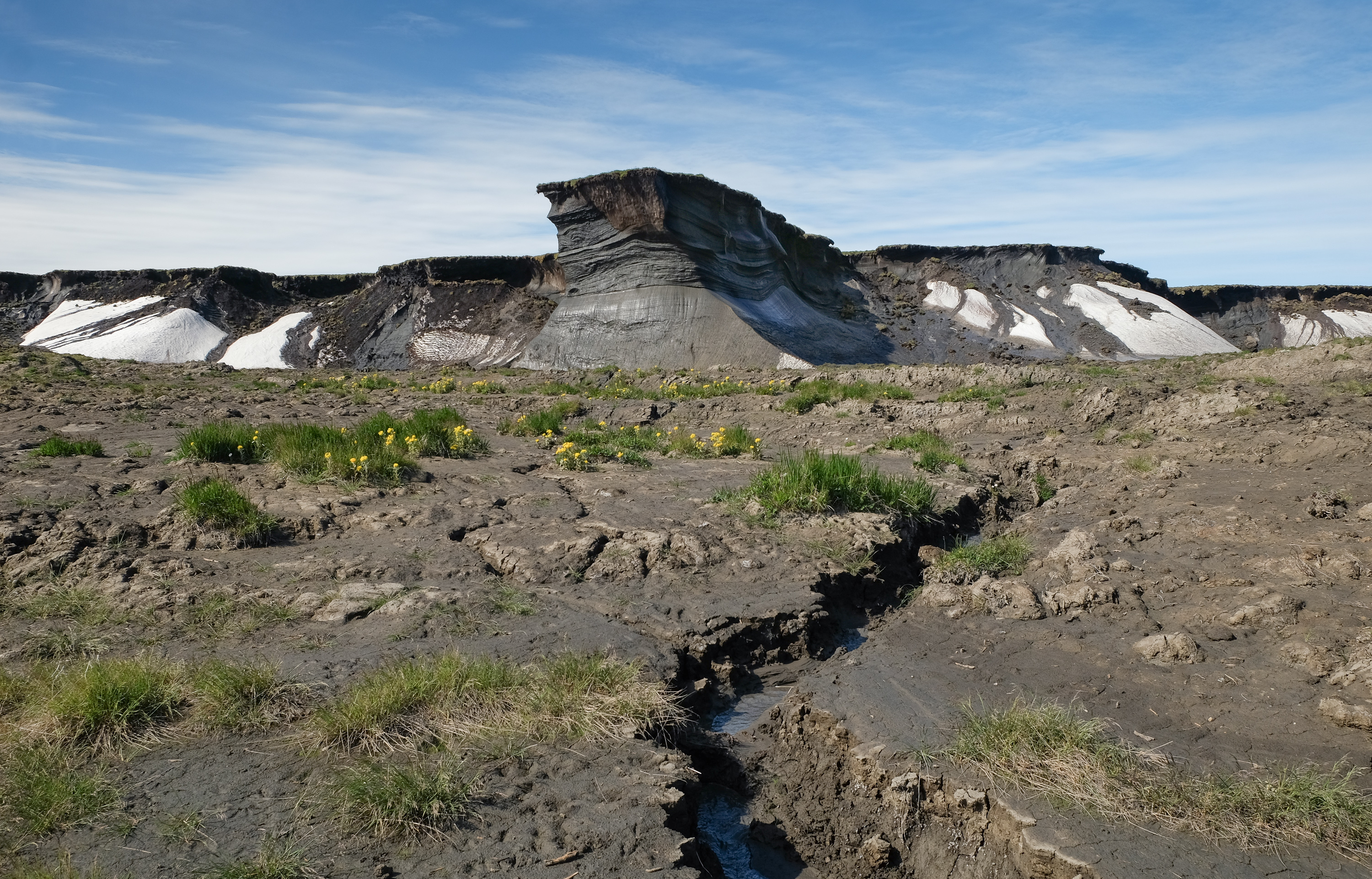 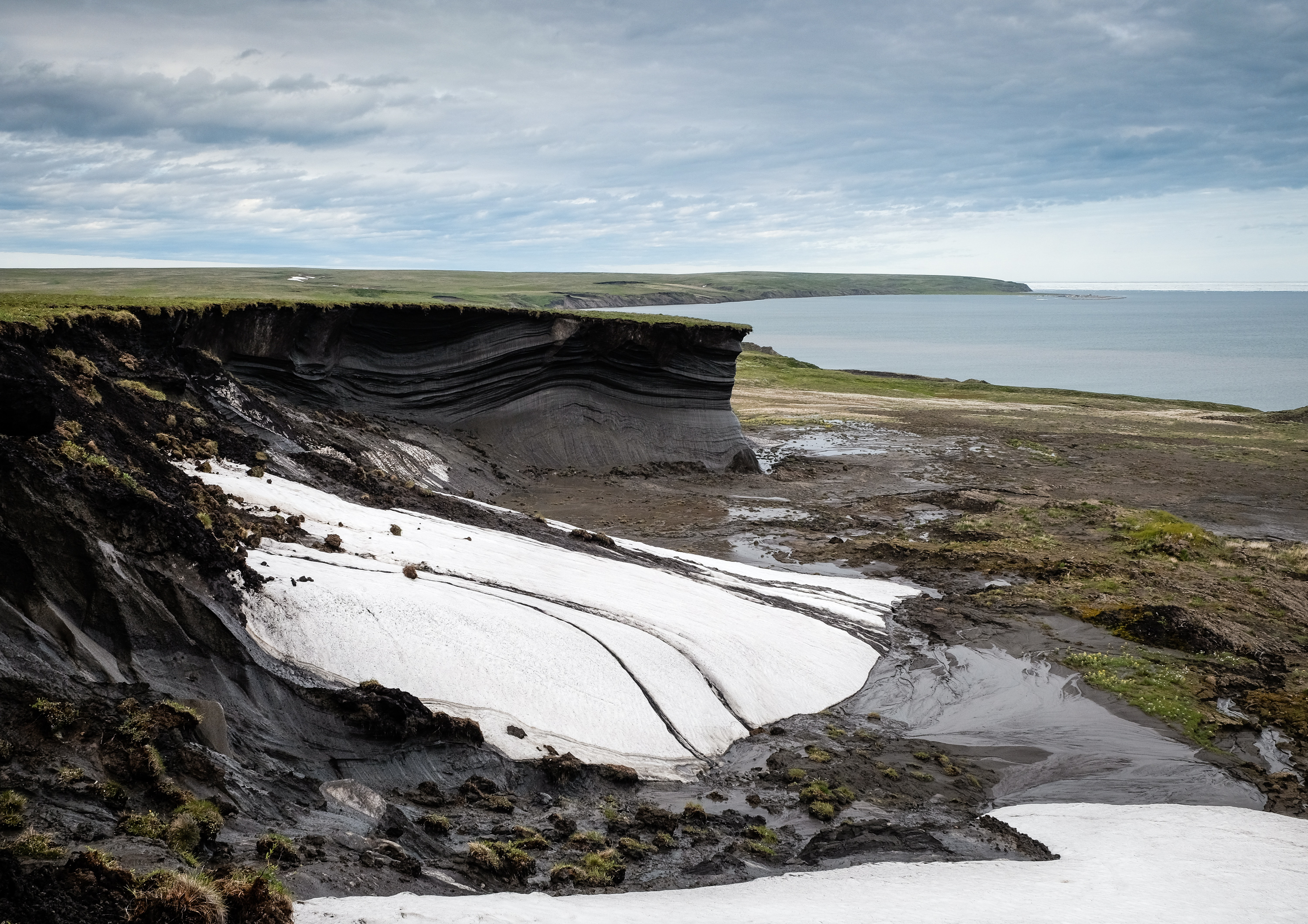 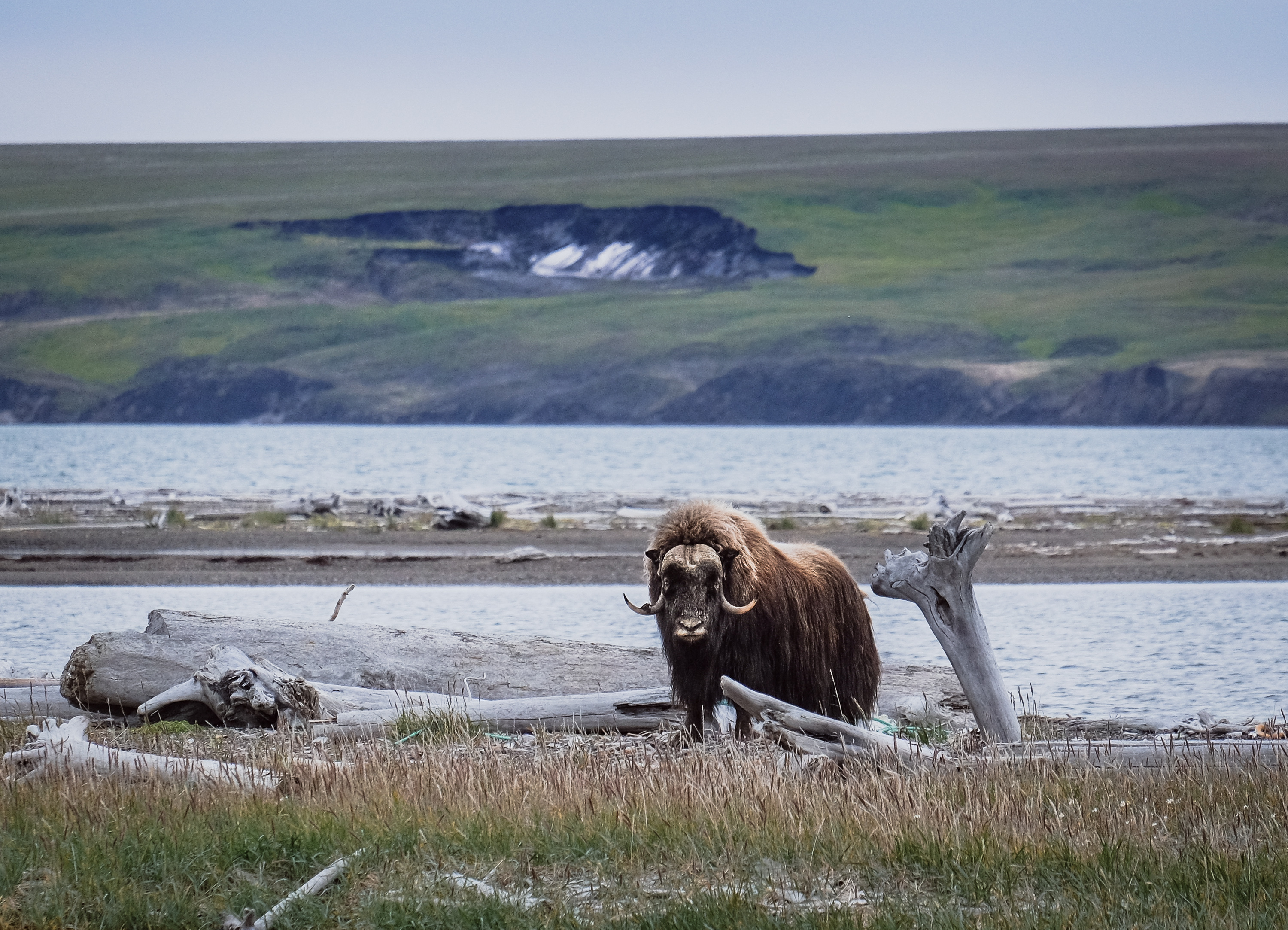 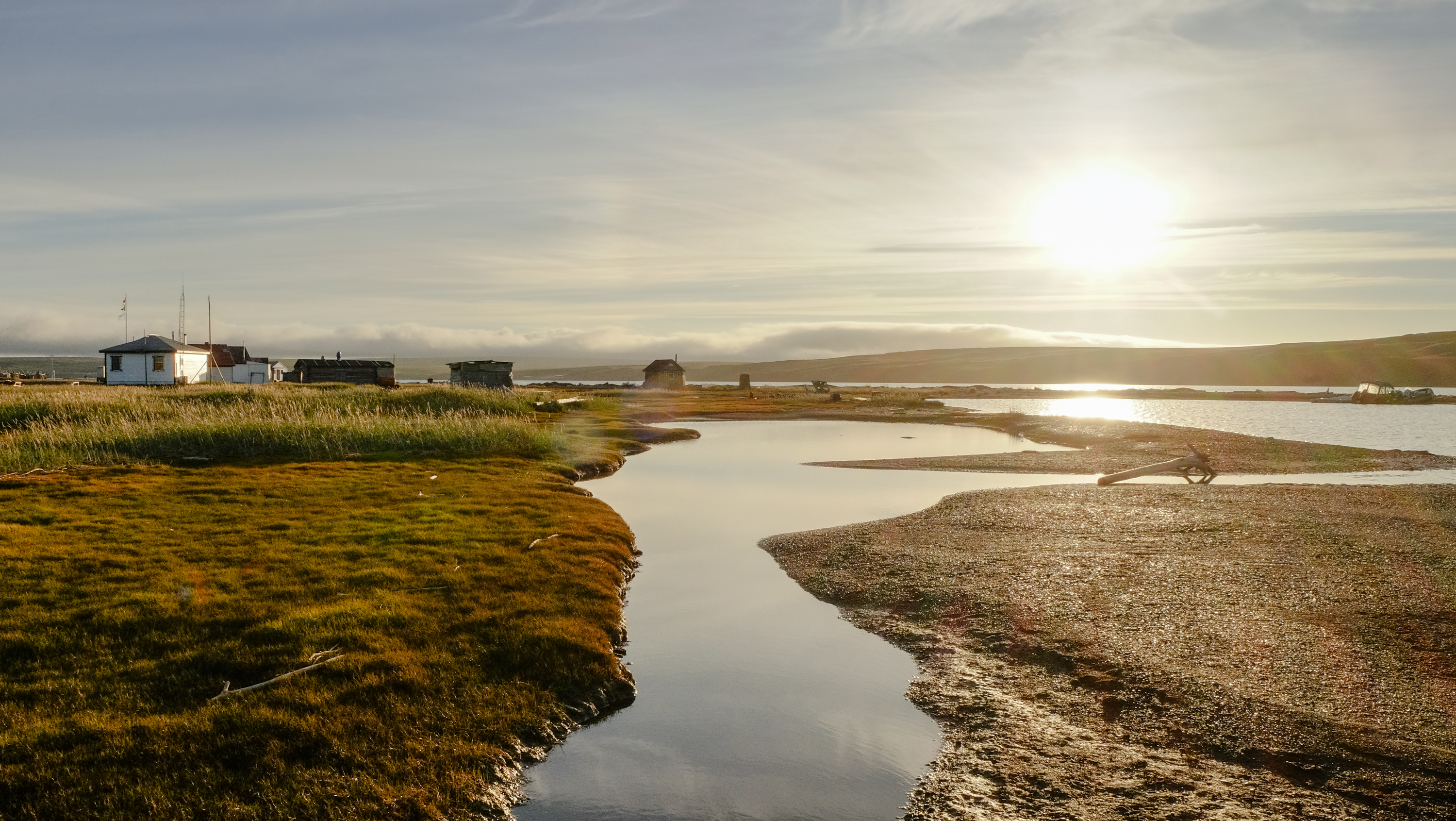 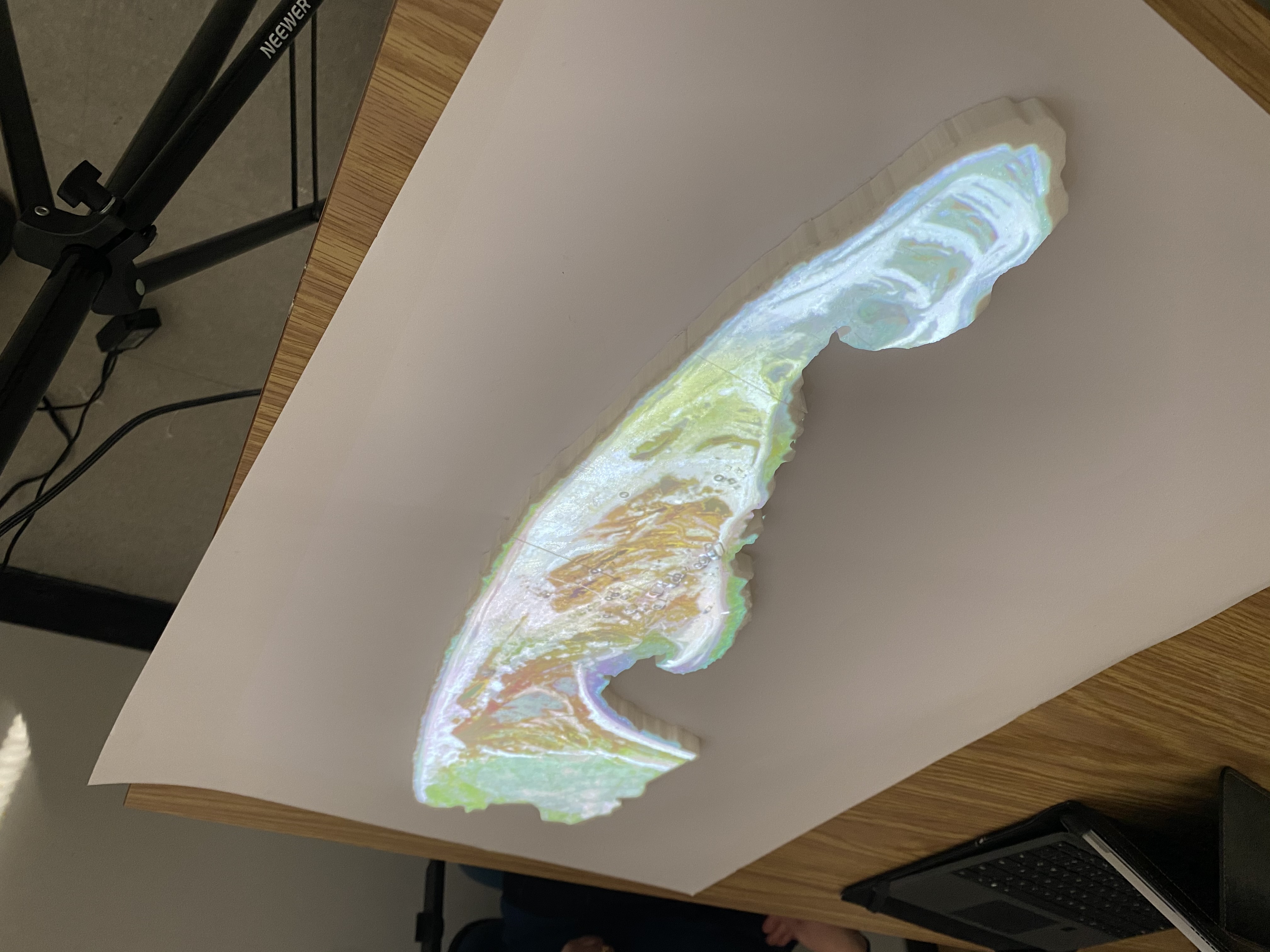 The raw data files for this project are available for download from the archive repository. There are two data sets created from the UAV photogrammetry. The point cloud data is in .las file format. The orthomosaic image are in World Tiff file format (.tiff, .wtf, .prj). Please download the metadata template to access metadata associated with each file. All data is published under the Attribution-Non-Commercial Creatives Common License CC BY-NC 4.0 and we would ask that you acknowledge this repository in any research that results from the use of these data sets.

Pauline Cove was captured with a eBee SenseFly fixed wing drone. The data was processed using Pix4D mapper software. The image below shows the camera positions used to capture Pauline Cove during the flight. The drone flew an automated mission and was monitored from the ground by Dawson.