The Northern Whaling and Trading Co. constructed this building in 1926 for use as a bonded warehouse. It continued to be used as a warehouse or storage area by the Mounted Police after the Trading Co. ceased serving the area. Minor repairs, including replacement or strengthening of charred framing members, were carried out in order to conserve the building so that it can remain in use as a storage area for Park equipment and materials.

During the late 19th century the whaling industry expanded to the Beaufort Sea. This industry was driven by a demand for oil and baleen, a highly popular construction material valued for its combined strength and flexibility [1]. As whale stocks began to be depleted, whaling ships started to sail into the Beaufort Sea to hunt whales, particularly bowheads. Pauline Cove became an advance whaling base from which expeditions could be launched. Once winter was over, these crews were already in position to begin hunting whales without first having to wait for ice to break and allow access to the northern waters.

The Northern Whaling and Trading Company (NWTC) was one of the commercial whaling companies that used Pauline Cove as a base. The NWTC Bonded Warehouse, or Building No. 3, is the third building associated with this whaling company’s operations on Herschel Island see also the NWTC store and shed. The warehouse was built in 1926 for use as a storage facility for the whaling company [1]. It was, along with the store and shed, sold to the Hudson’s Bay company in 1936 when they bought the Northern Whaling and Trading Company’s parent company Canalaska Co. When the Hudson’s Bay ceased their options on Herschel Island in 1937 the RCMP unofficially looked after the warehouse and used it as a storage area until they left the island in 1964 [1,2].

The warehouse is a one storey frame building with a trussed gable roof, approximately 7.6m by 12.2m in size [3]. The walls are covered in tongue and groove lumber covered with galvanized sheet metal [1,3]. The roof of the building is also covered in galvanized metal sheeting, and on the interior the framing of the building is exposed. The framing, which can be seen in one of the models uses long framing studs toe nailed into the floor boards, with a top plate in the wall. There are also two lines of interior posts that help support the roof trusses and these, like the wall framing, are nailed into the floor. The building has a door on the north wall, and a window on the south wall.

Due to increasing sea surges and wave action beginning in the 1990s, the NWTC warehouse was relocated back five metres from the shore in 2004 [4]. The NWTC store was also relocated at this time, despite having already been moved away from the shoreline six years prior. To retain the relationship between the company buildings, the NWTC shed was also relocated in the 2004 moves [4]. To help protect the buildings from future impacts, all three of them have been left lifted higher than their original construction.

In 1973 a fire extensively charred the wood framing and sheathing of the walls, and completely destroyed the Newport House, which used to be situated next to the Canada Customs Warehouse [3]. Other minor repairs have been carried out to keep the building in its current condition [1]. The warehouse now remains in use as a storage facility for park equipment.

This gallery contains images of the Northern Whaling and Trading Co. Warehouse. Some images in this photo gallery are credited to Sandra Angers-Blondin, Instagram, other images are courtesy of the Yukon Government. 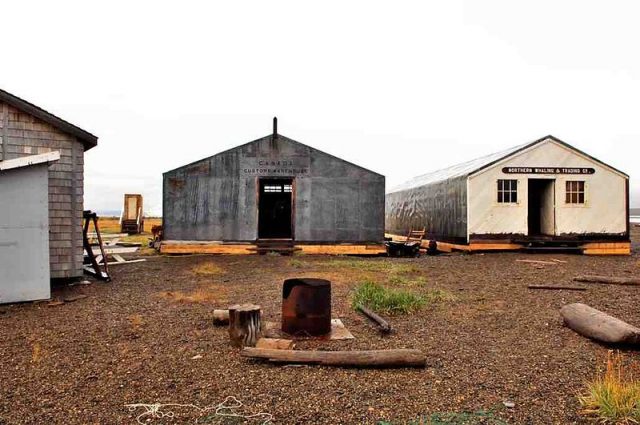 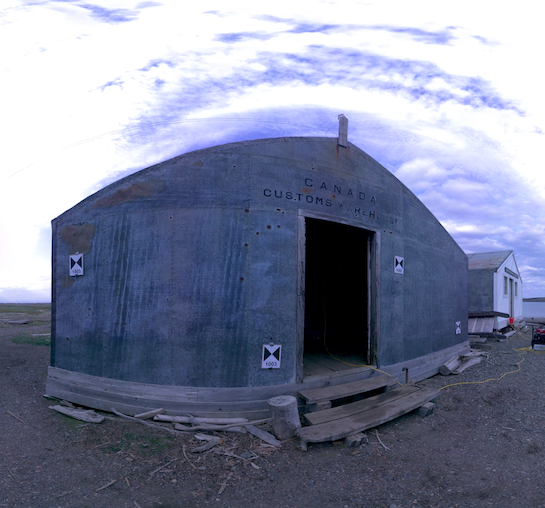 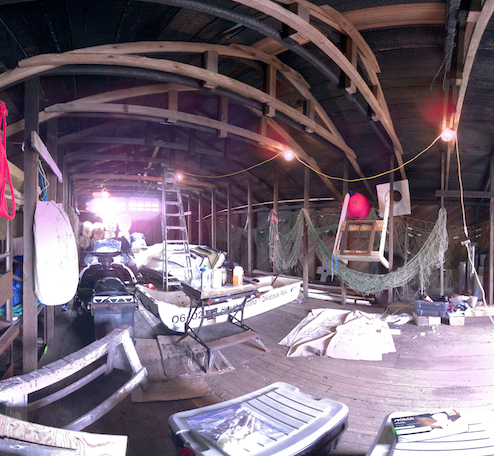 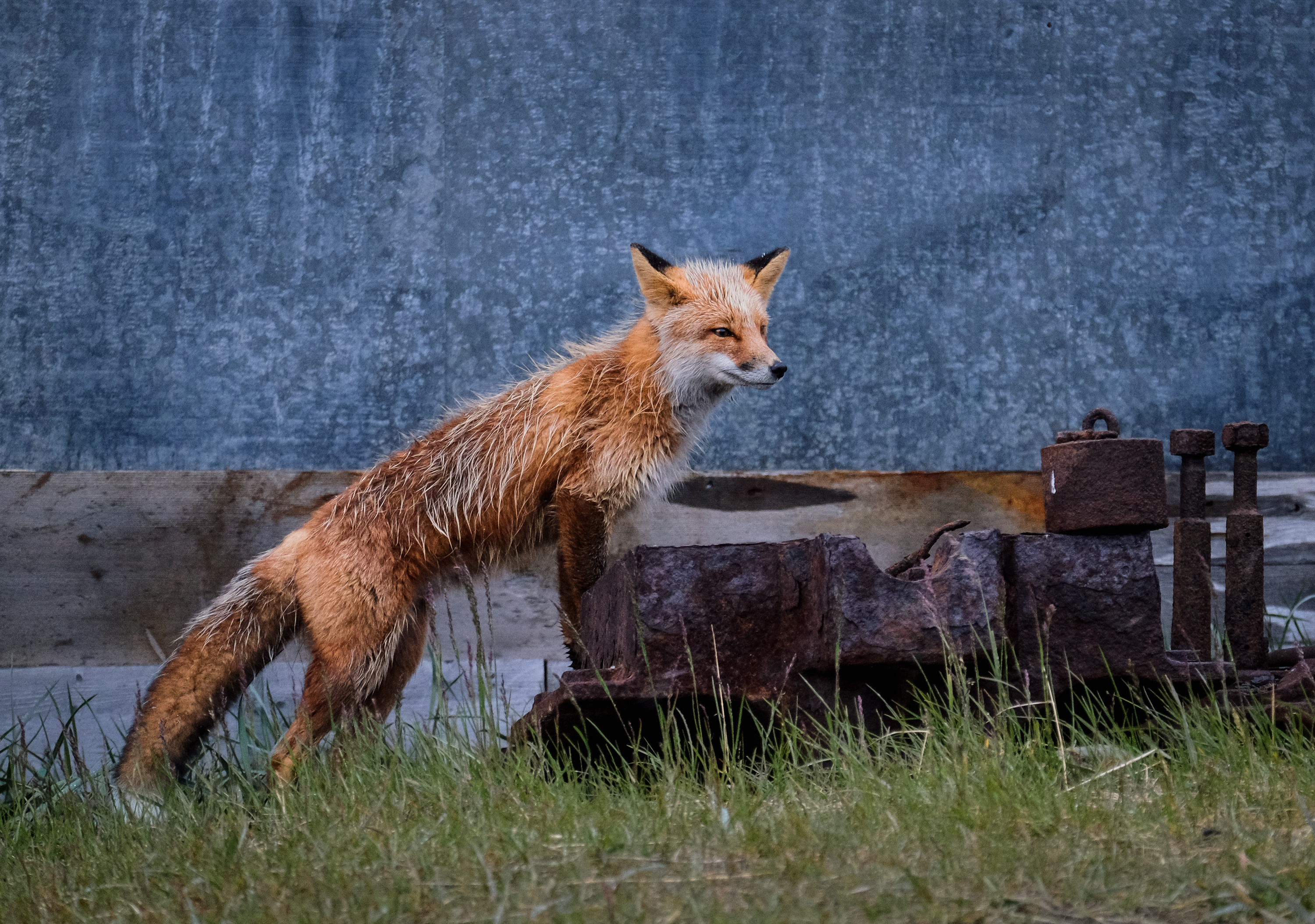 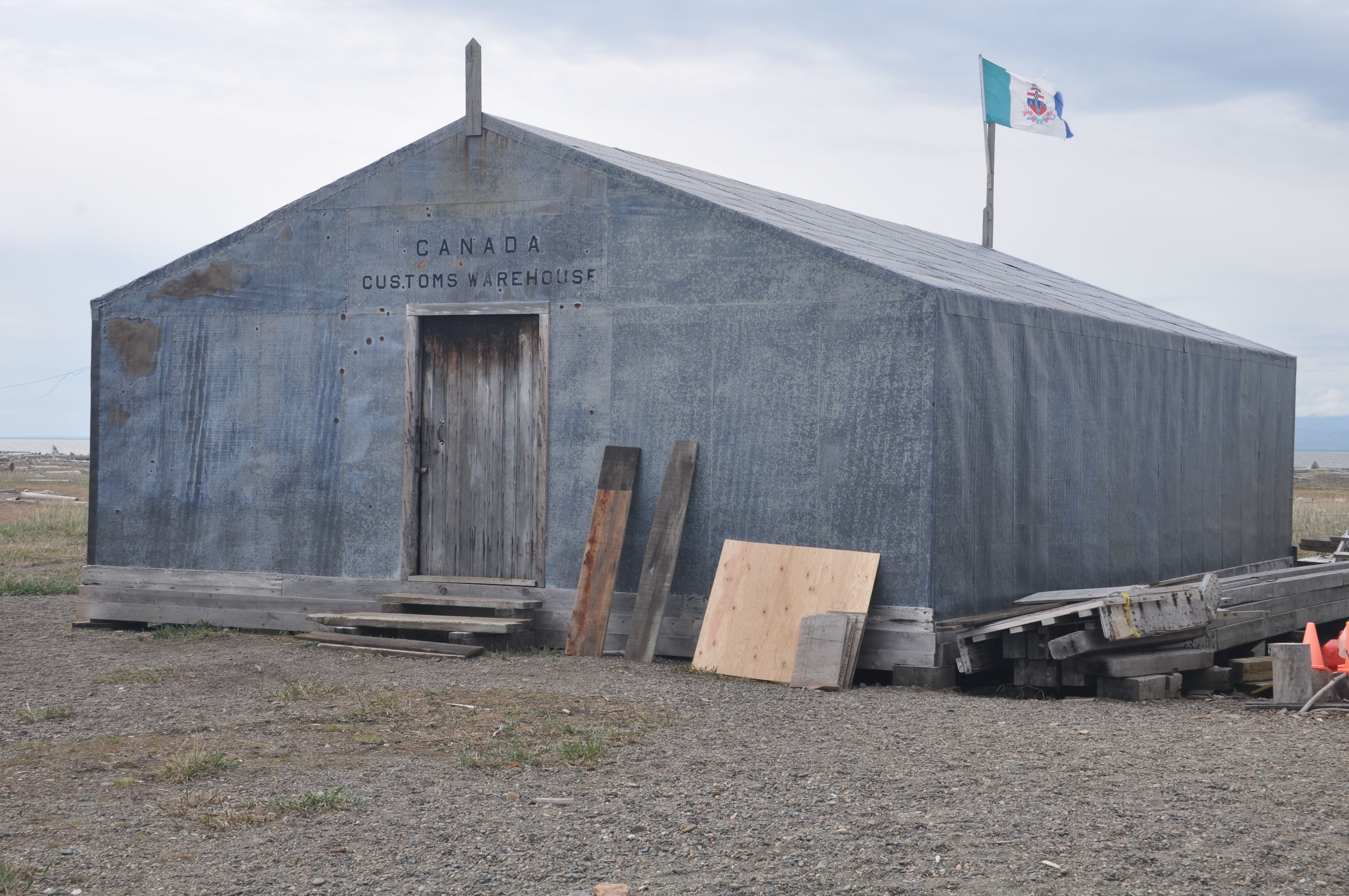 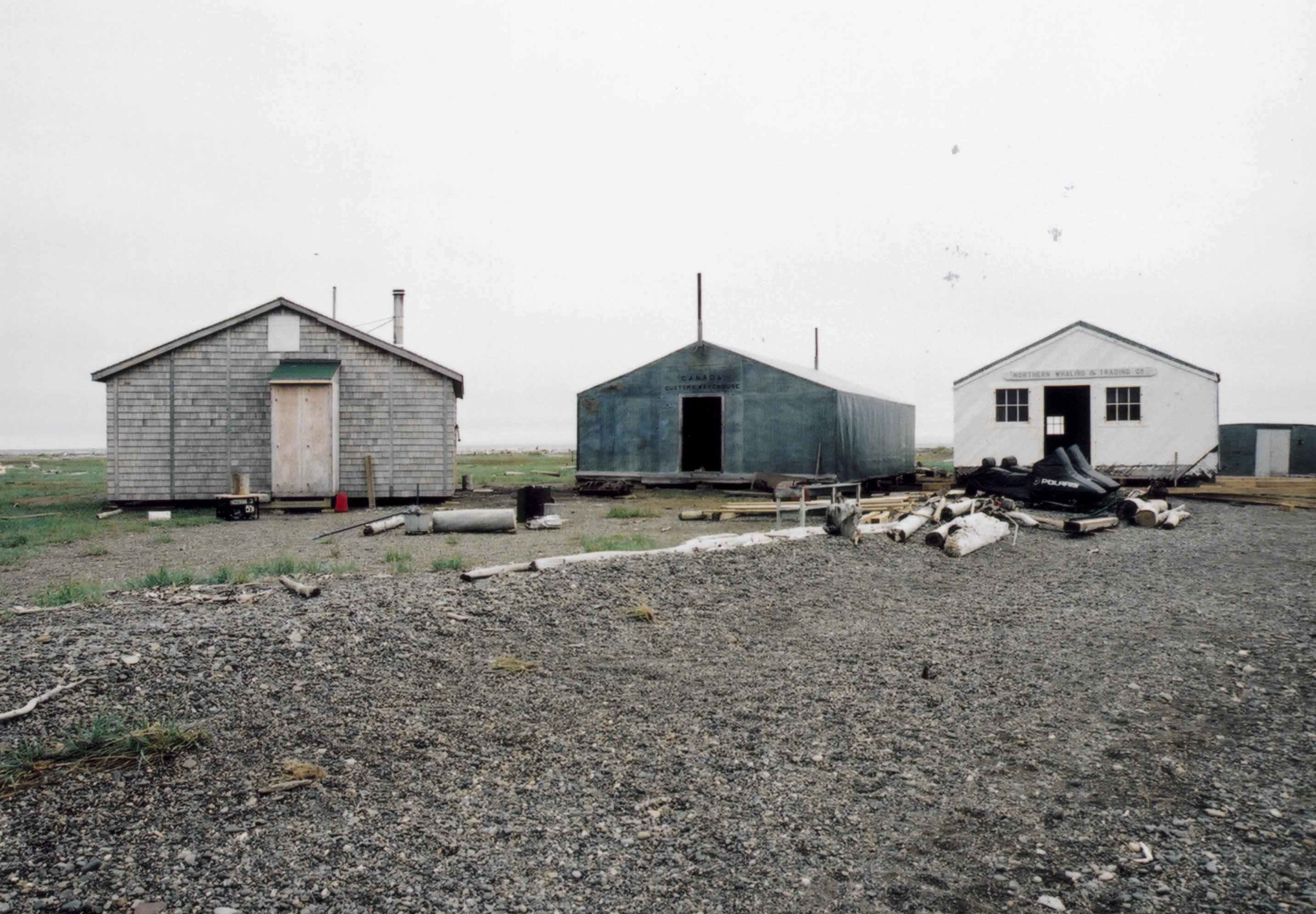 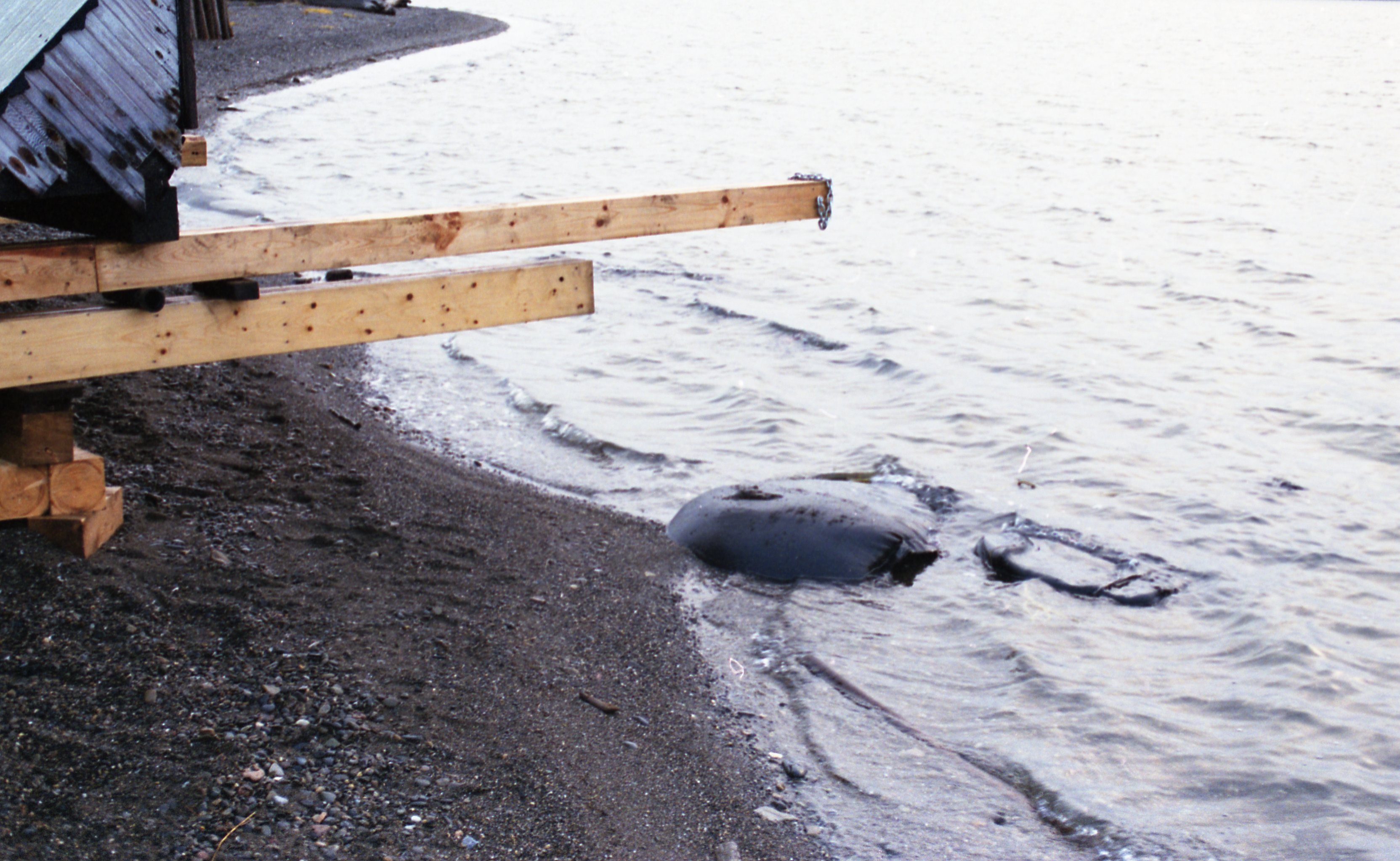 Click on the 3D model of Pauline Cove. Marker (5) shows the location of the warehouse within the settlement. Its close proximity to the shoreline indicates that it is among the most threatened buildings.

The NWTC bonded warehouse building was digitally captured with a Leica BLK 360 terrestrial laser scanner. Paper targets were used and mounted on the exterior walls of the building. The exterior was captured with 15 scanning locations placed circularly around the building to capture the entirety of the structure. On one of these scans, the front door was left open in order to have common features captured to combine the exterior with the interior scans.

The interior was captured through an additional 10 scanning locations, with one positioned in front of the open door to be used to combine the interior and exterior scans. No targets were used to capture the interior of the building, and scans were registered together using cloud-to-cloud registration in AutoDesk ReCap Mobile and Pro. 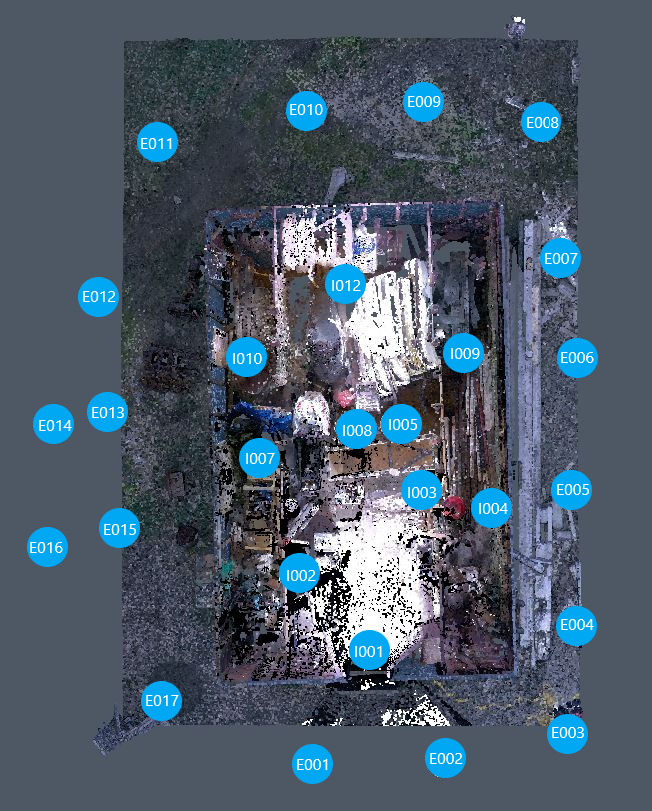 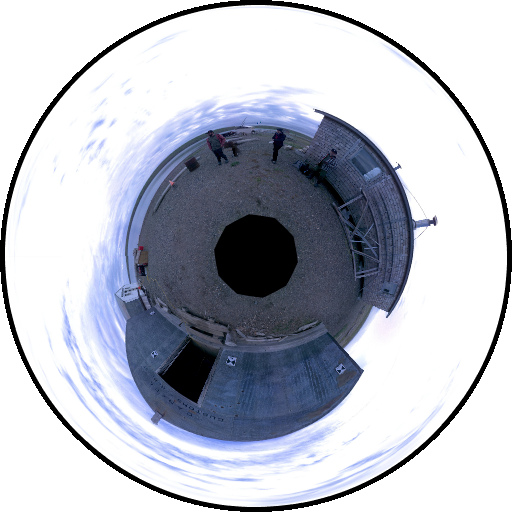 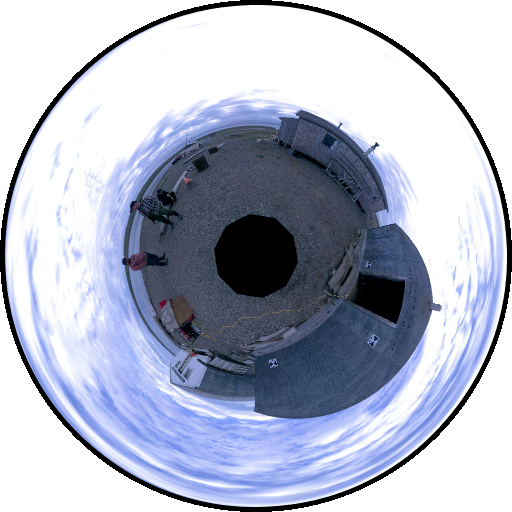 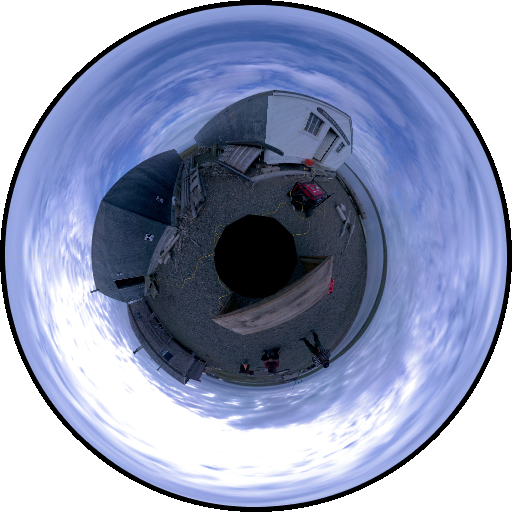 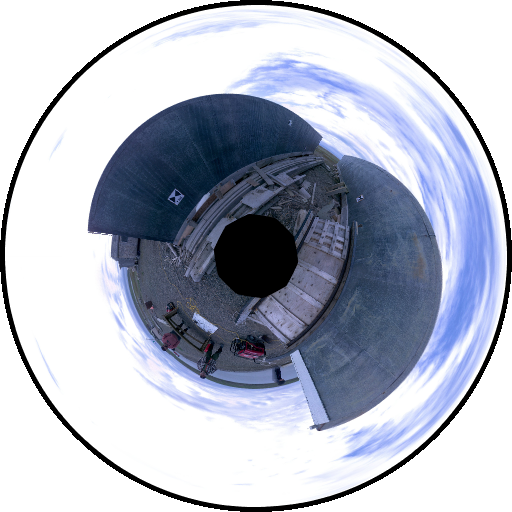 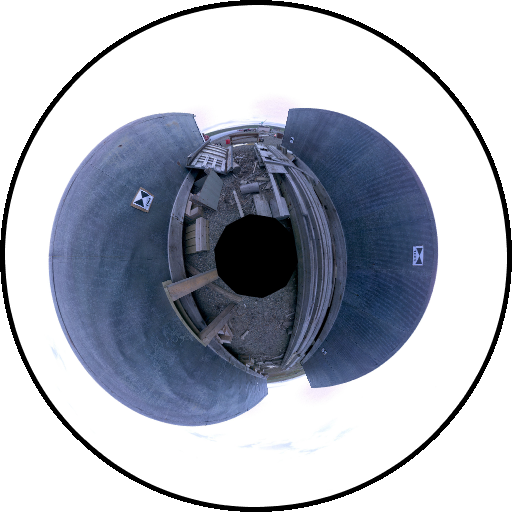 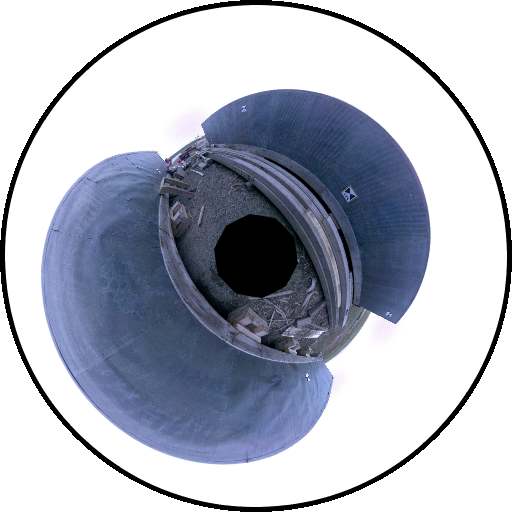 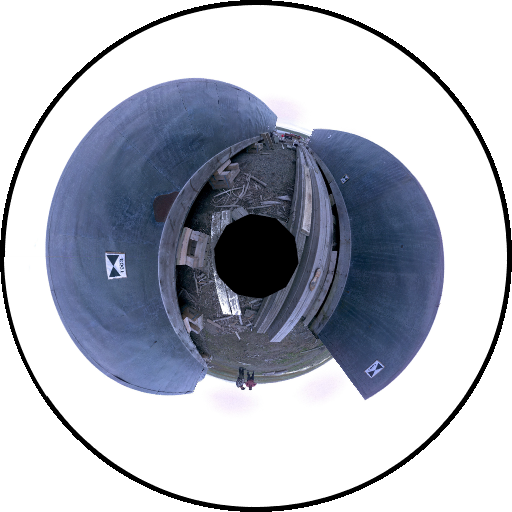 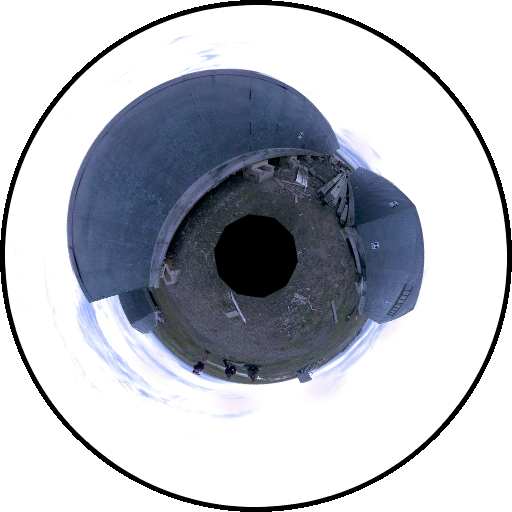 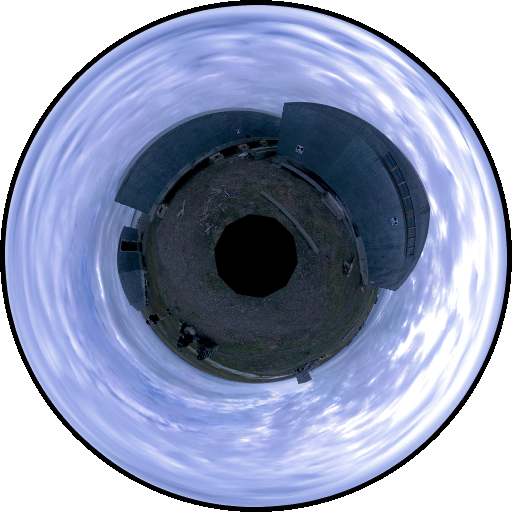 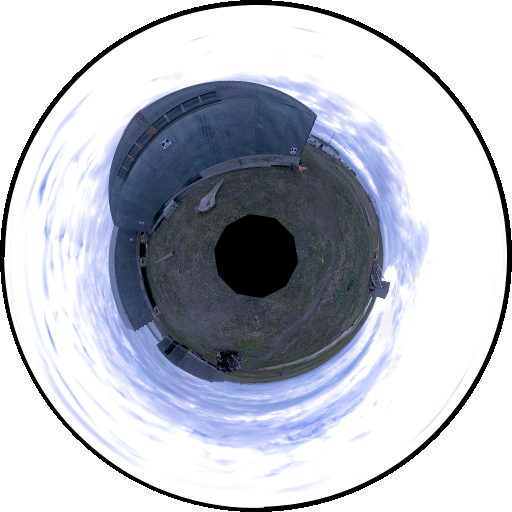 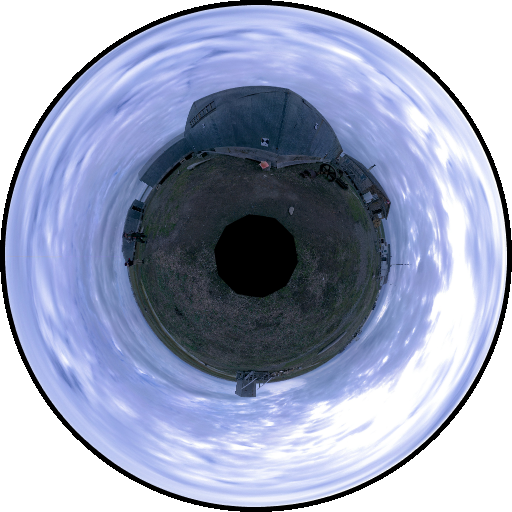 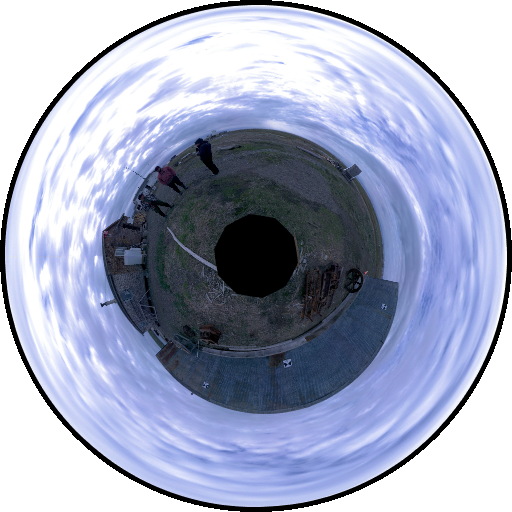 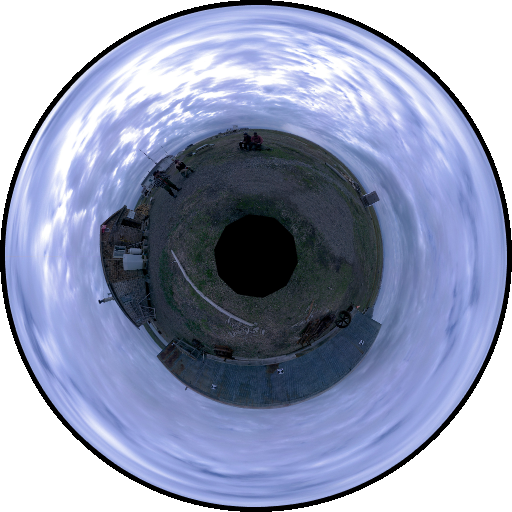