This shed was constructed in 1926 by the Northern Whaling and Trading Co. out of material left over from the construction of their main warehouse and materials recovered from the cabin of a ship. The original use of the building is not known. Minor repairs to portions of the building’s fabric were carried out to conserve the building. The building is still used for equipment storage.

Pauline Cove was established as an advance whaling base by the Pacific Steam Whaling Company in 1890. The Northern Whaling and Trading Company (NWTC) arrived at the island later, which remained an important location for commercial American whalers to hunt bowhead whales for baleen and oil, until the collapse of the whaling industry in 1908.

The Northern Whaling and Trading Company Shed, or Building No. 2, was constructed in 1926 or shortly after and the original function of the building is unknown [1]. Along with the other Northern Whaling and Trading Company buildings, see the NWTC store and warehouse, the shed was sold in 1936 when parent company Canalaska was bought by the Hudson’s Bay Company which had a post on Herschel Island since 1915 [1,2]. The Hudson’s Bay closed their Herschel post in 1937 and the shed was unofficially looked after by the RCMP until they left the island in 1964 [1,3].

The shed was constructed out of materials leftover from the construction of the main Whaling and Trading Co. warehouse and materials recovered from the cabin of a ship [1]. It is a frame building with a lean-to on its south end. It was added to the building later but in the same construction fashion as the main part of the structure although more poorly framed than the rest of the building. There is an exterior door to both the main part of the shed and the lean-to, as well as an opening in their common wall to connect them on the interior [1]. Walls for both parts are covered in galvanized sheet metal on the exterior with framing exposed on the interior. The roof of the original section is constructed with joists reused from part of a ship’s cabin roof and is also covered in galvanized sheet metal on the exterior [1].

Due to increased sea surges and wave action in the 1990s, the NWTC store and warehouse buildings were moved away from the coast line, once in 1998 and again in 2004 [4]. In order to protect the shed itself, as well as to maintain its relationship with the other company buildings, the shed was also lifted and moved in 2003 [4]. It has been left sitting higher than its original construction to help protect it from future impacts.

The building is currently used for equipment storage [2].

This gallery contains images of the Northern Whaling and Trading Company Shed as it appeared in 2019. The close proximity of this building to the shoreline and the problems this can pose during storm surges is evident. 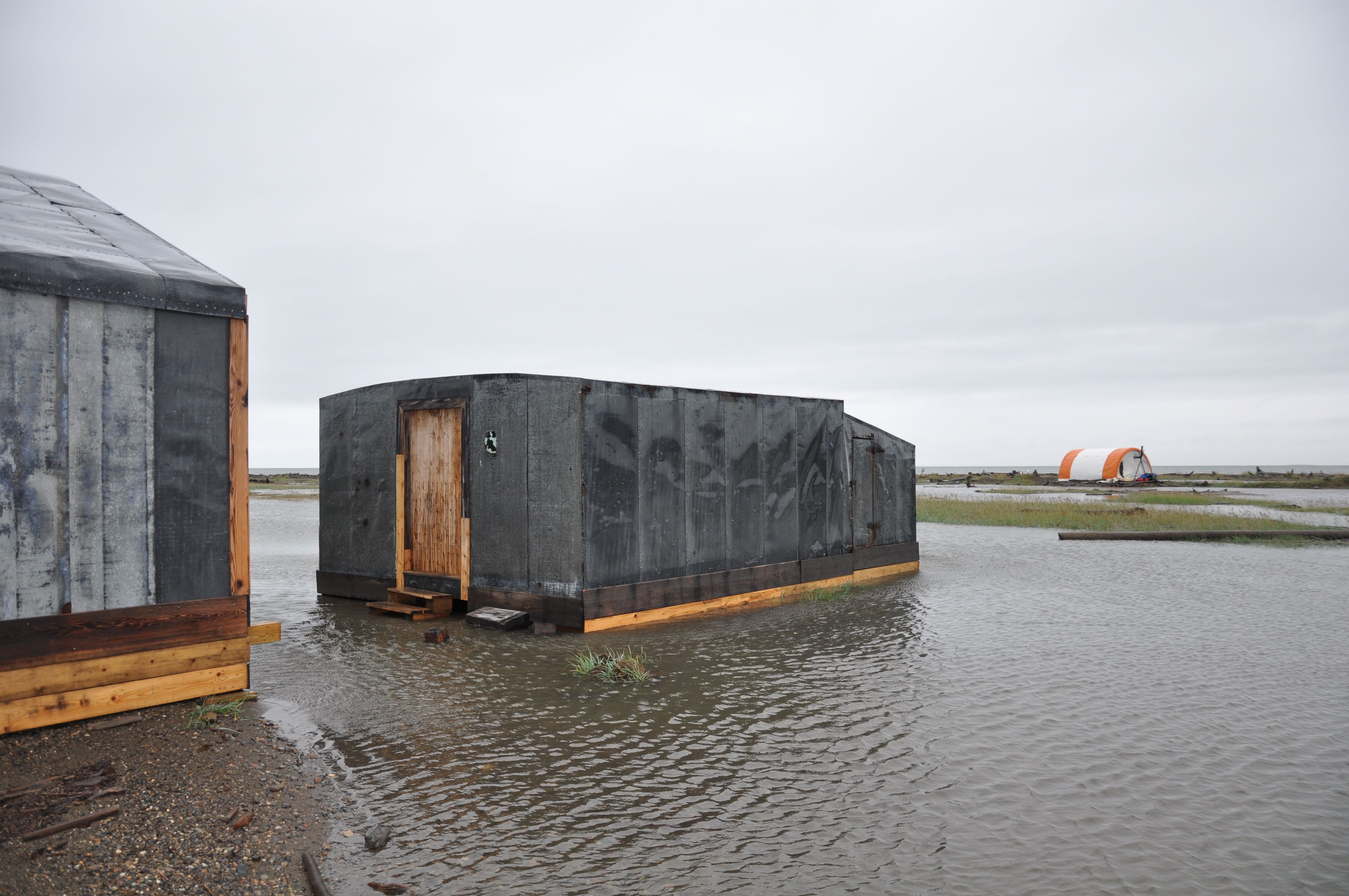 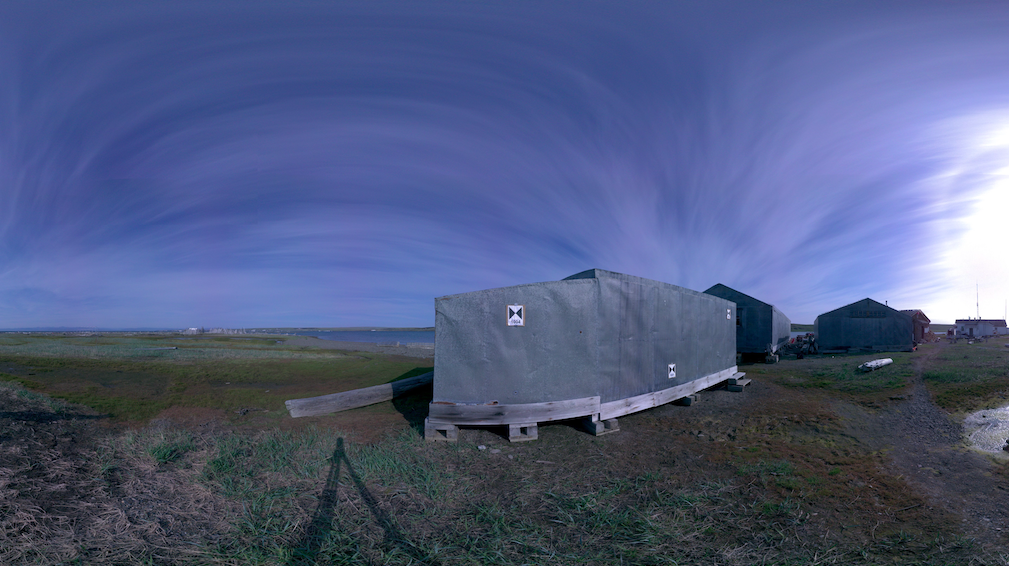 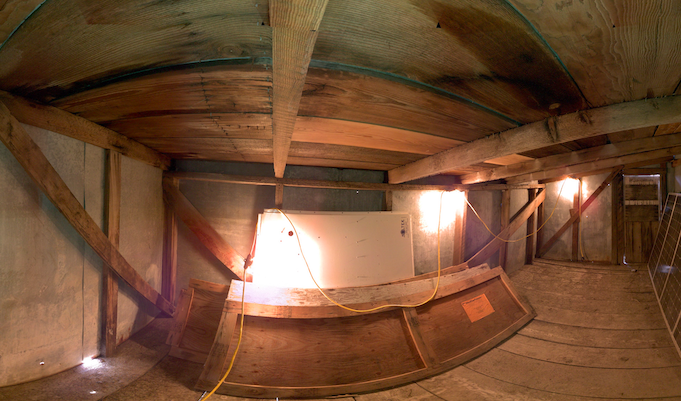 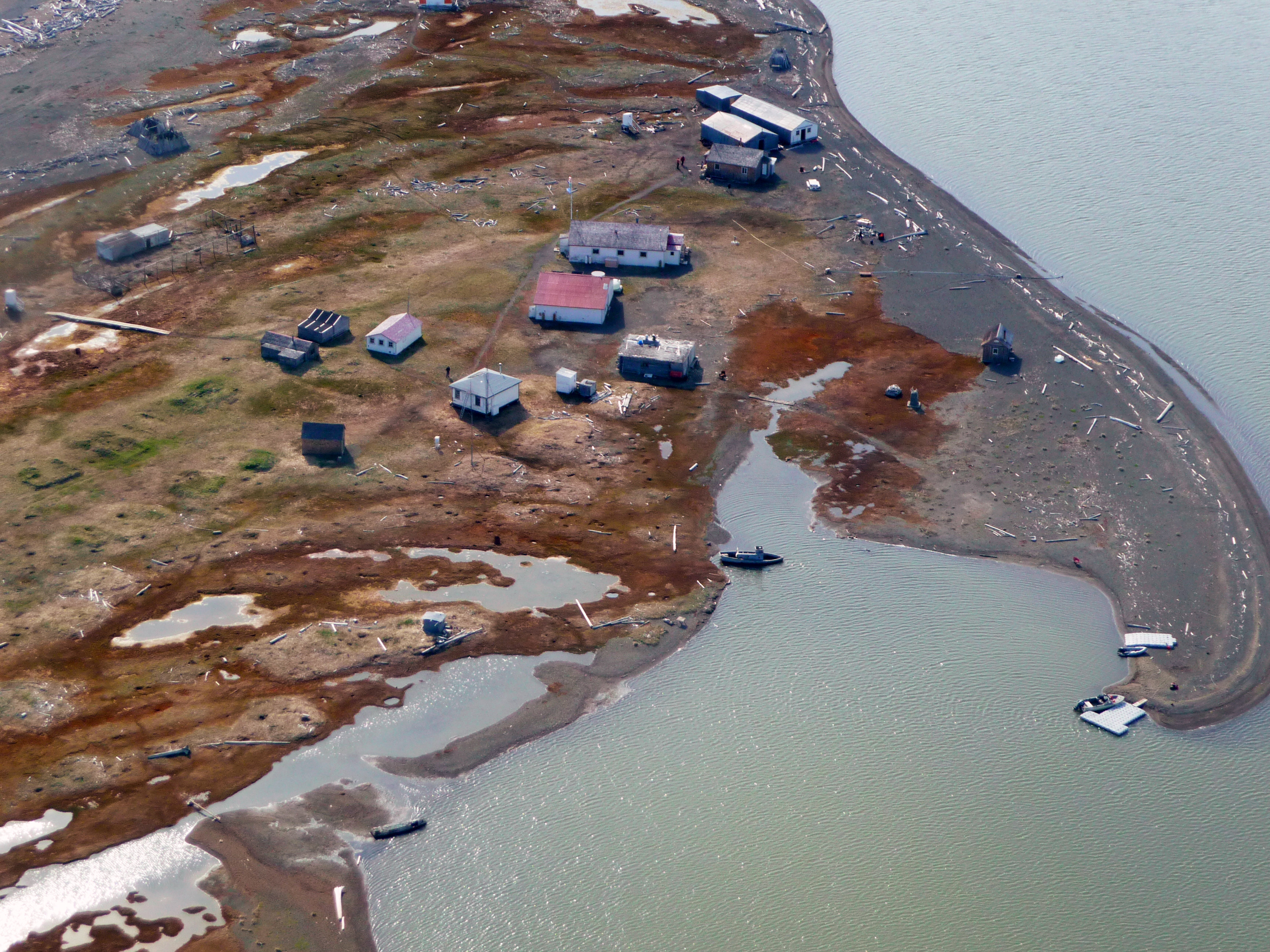 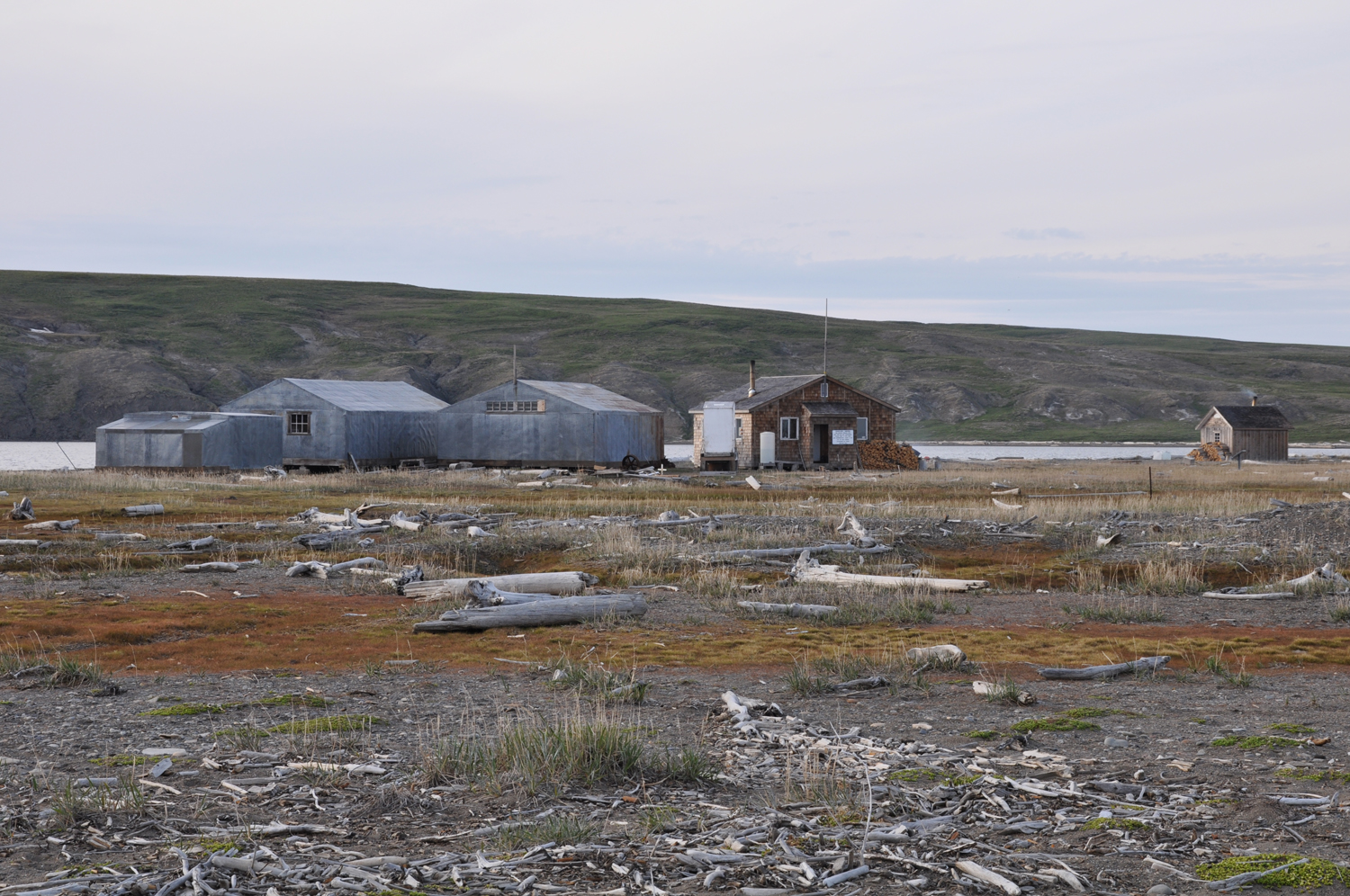 Click on the 3D model of Pauline Cove. Marker (17) shows the location of this building within the settlement. It’s close proximity to the shoreline makes this among the most at risk heritage buildings at Pauline Cove.

The Northern Whaling and Trading Company Shed building was digitally captured with a Leica BLK 360 terrestrial laser scanner. Paper targets were used and mounted on the exterior walls of the building. The exterior was captured with 16 scanning locations placed circularly around the building to capture the entirety of the structure. On one of these scans, the front door was left open in order to have common features captured to combine the exterior with the interior scans.

The interior was captured through an additional six scanning locations, with one positioned in front of the open door to be used to combine the interior and exterior scans. No targets were used to capture the interior of the building, and scans were registered together using cloud-to-cloud registration in AutoDesk ReCap Mobile and Pro. 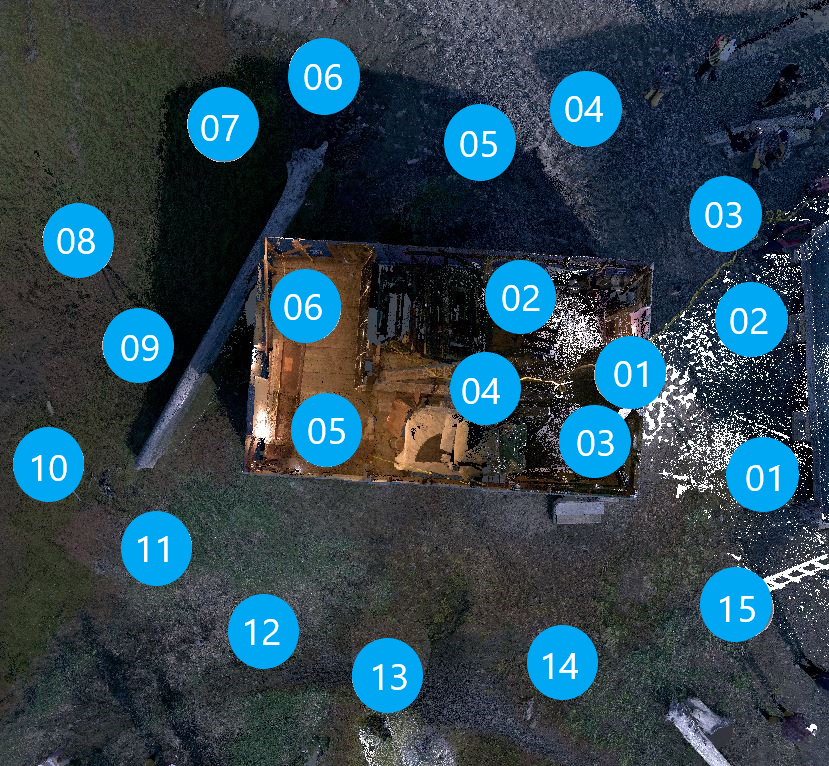 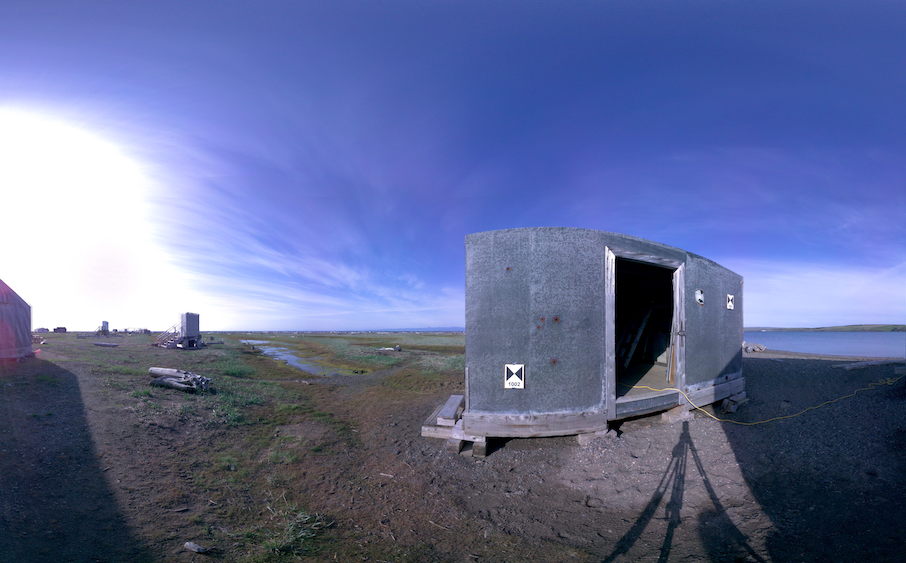 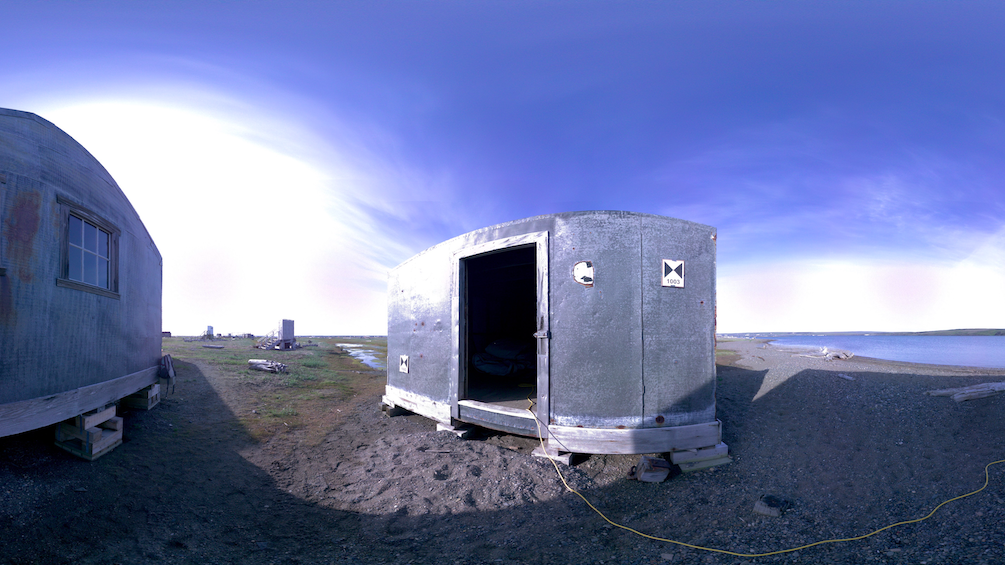 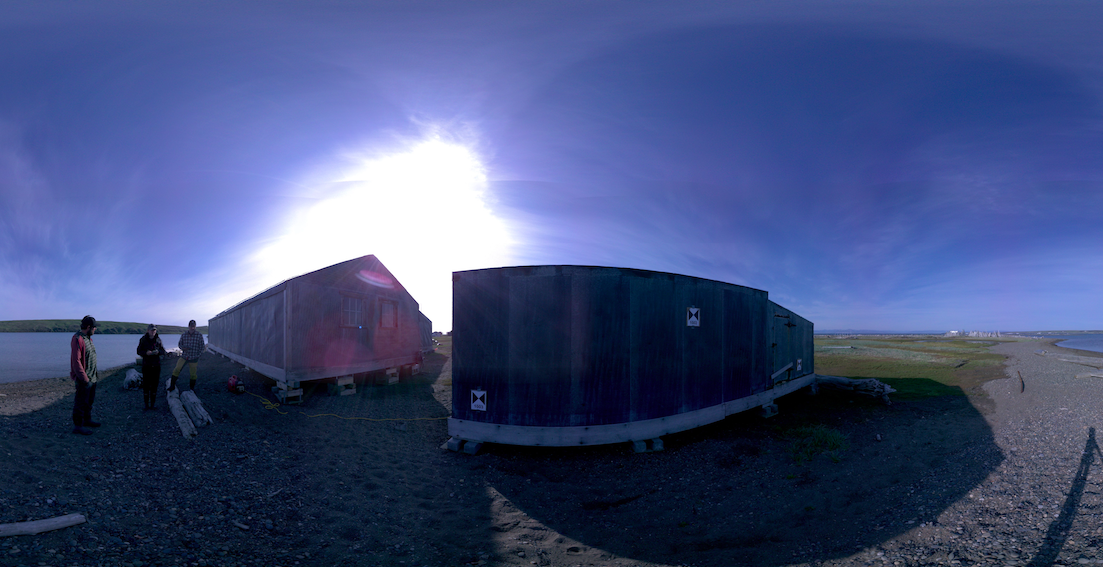 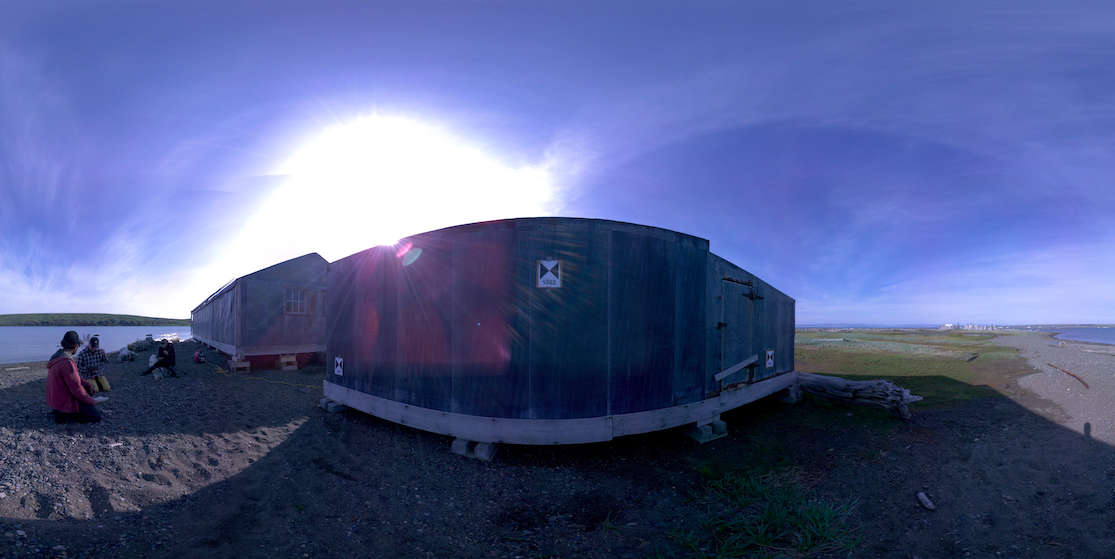 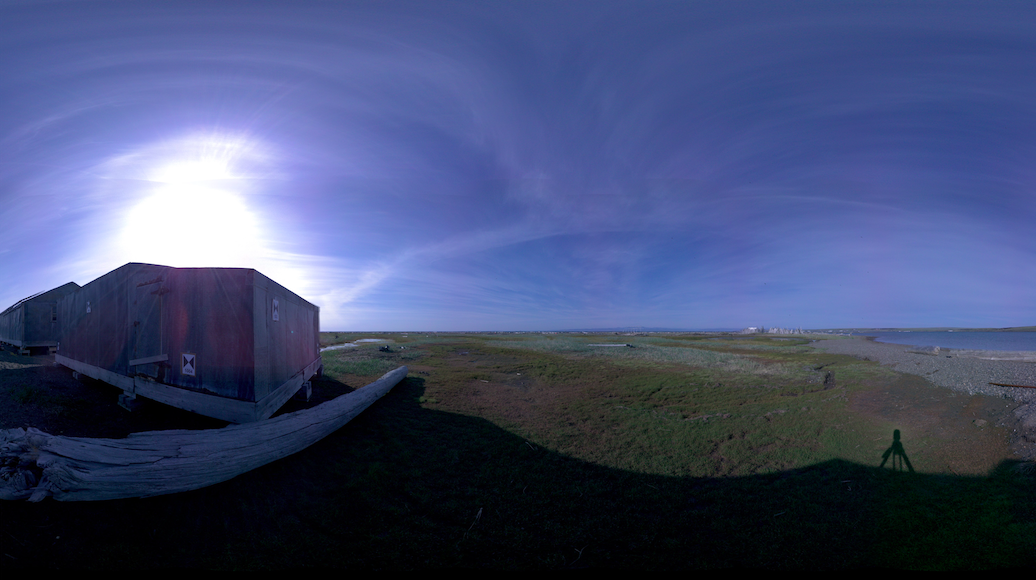 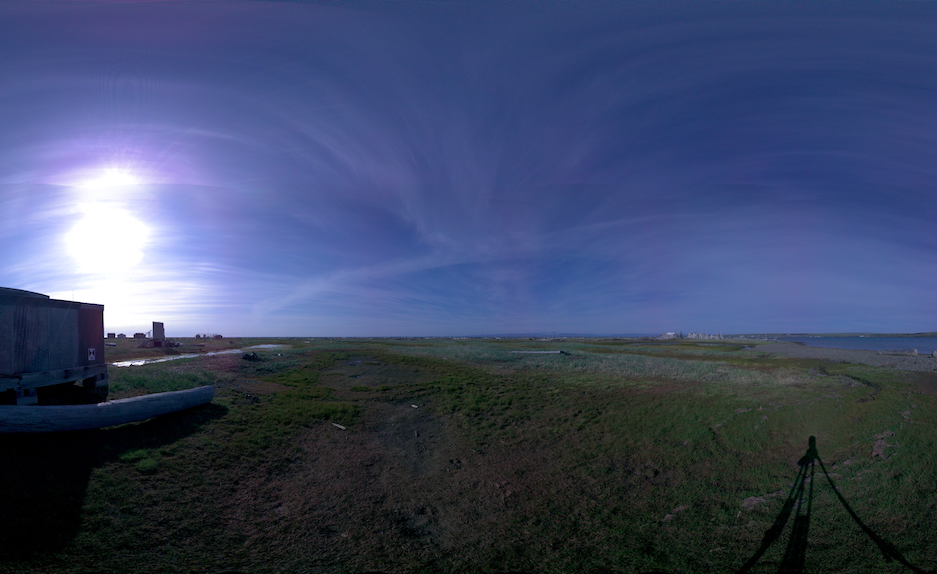 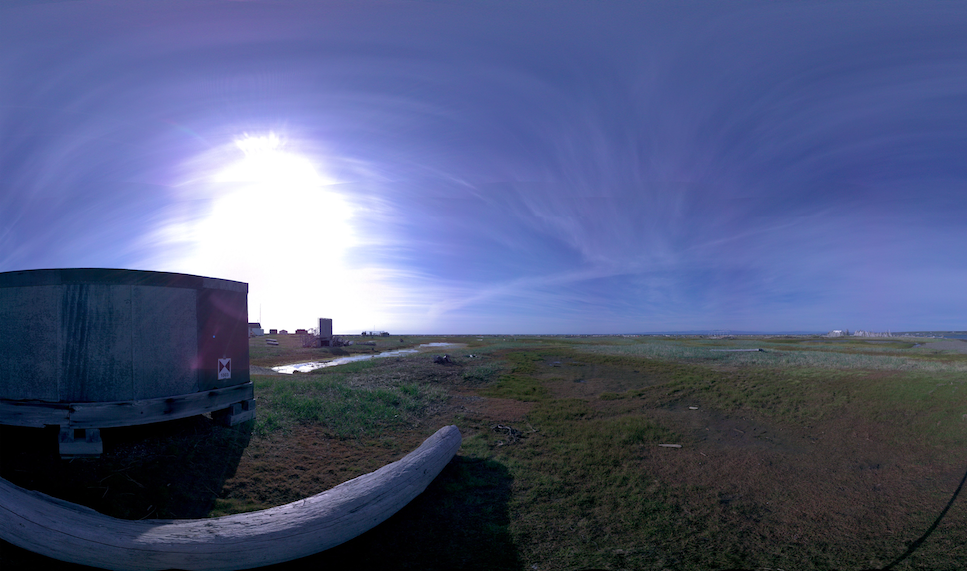 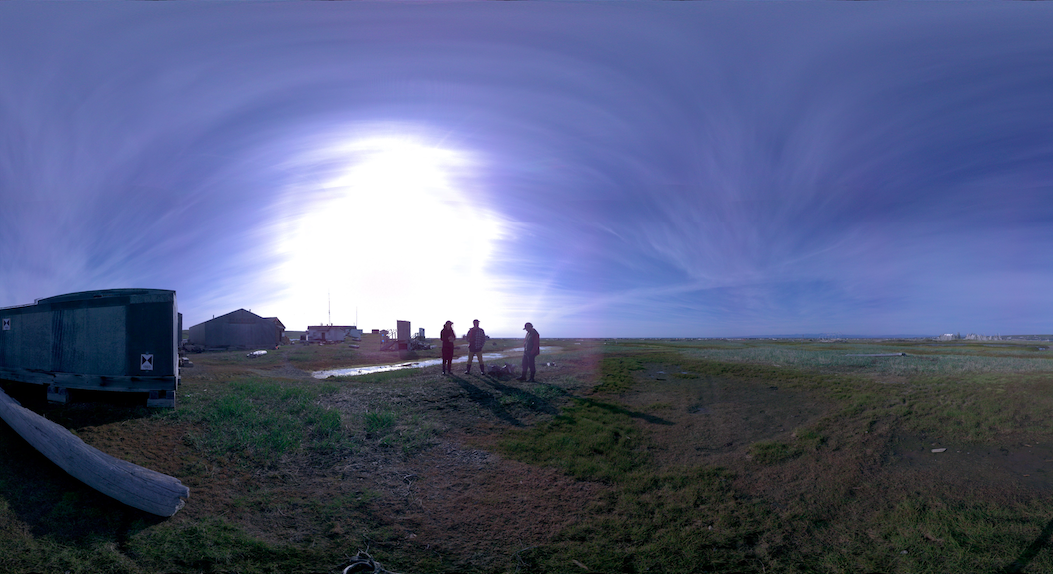 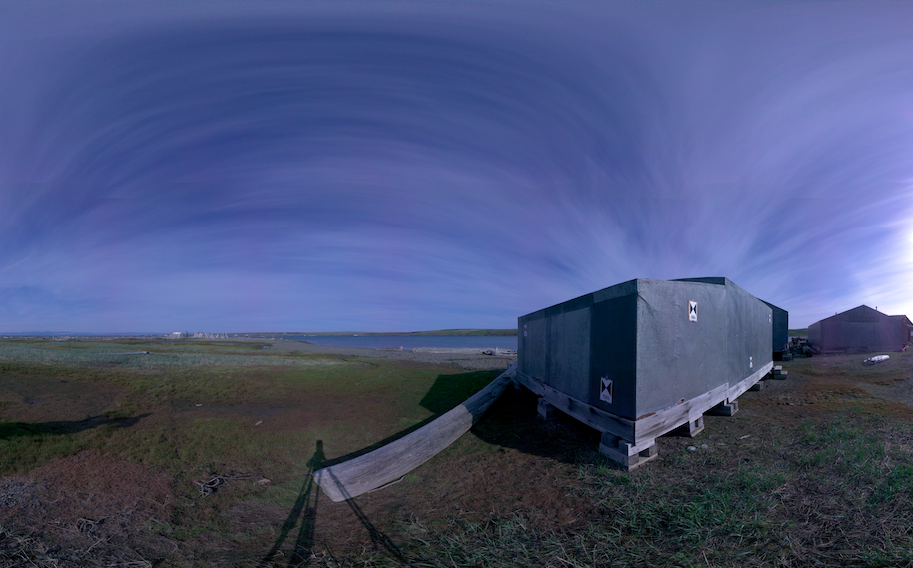 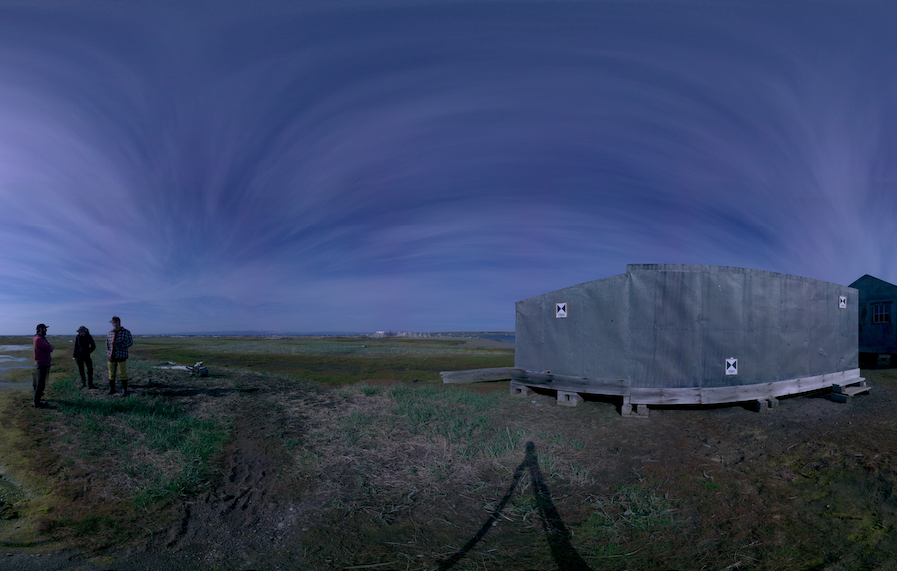 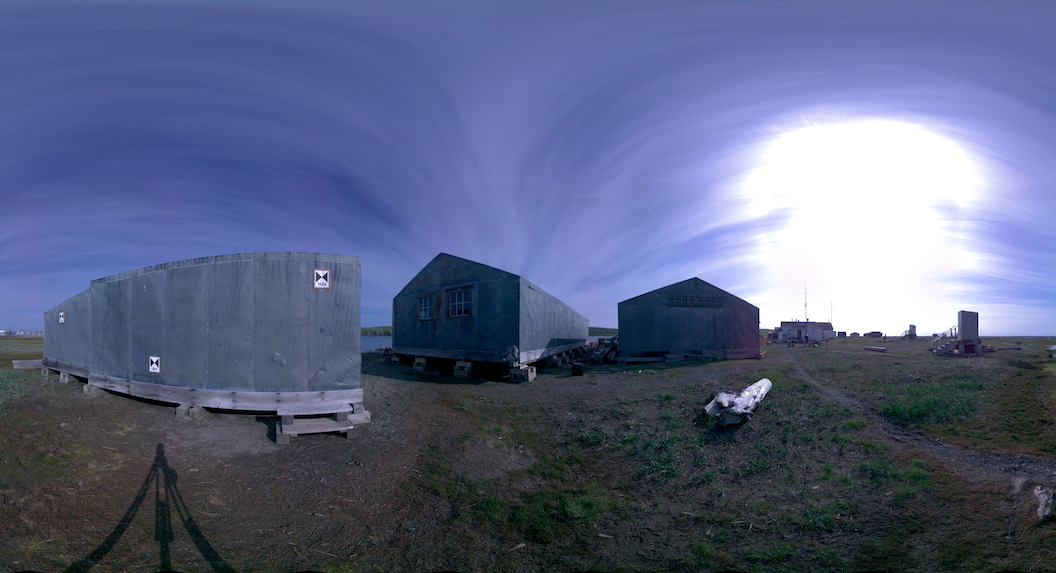 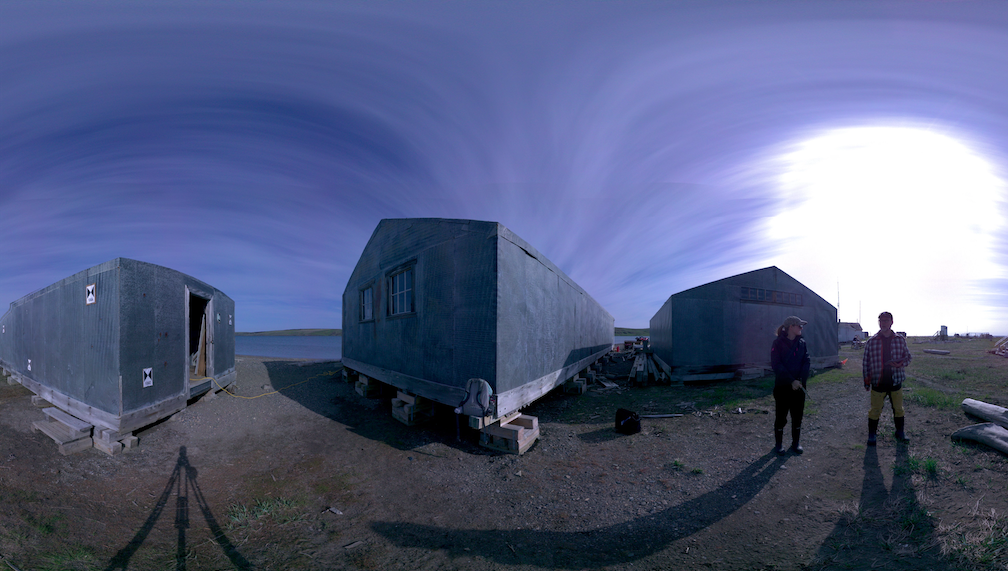 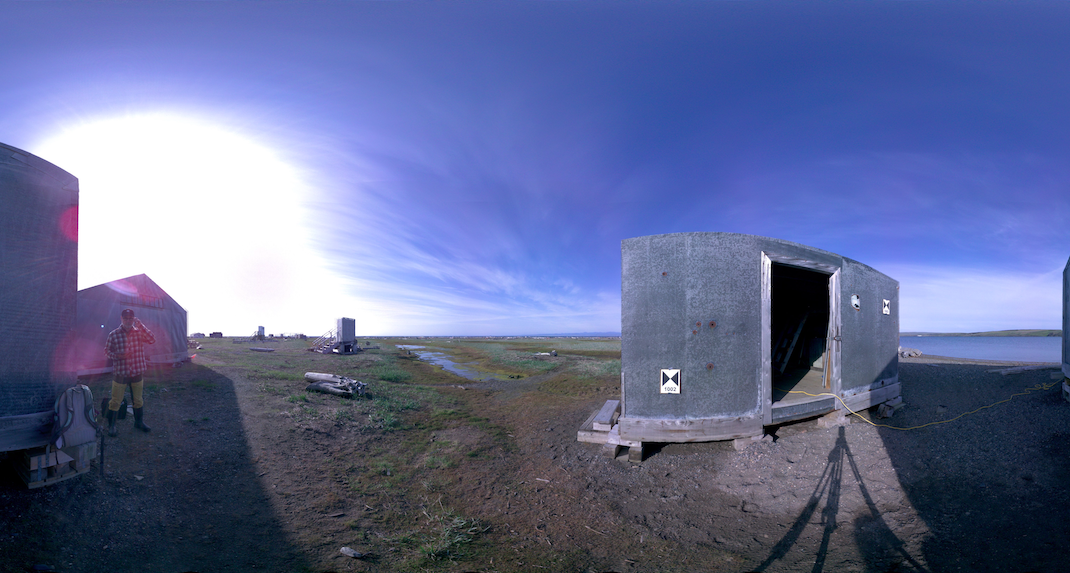