The Anglican Church Mission Society erected this building in 1916 to serve as the house for the missionary stationed on the island. It also served as the location for religious services when the Anglicans had trouble securing materials from which to build a separate church. Because the building stood empty and unmaintained for so many years it is in very poor condition. Stabilization measures have been undertaken in order for the building to remain as a feature within the landscape of the Park. Nesting boxes have been installed on the roof and inside the building for the island’s black guillemot colony.

Setting up a Mission on Herschel Island

In 1890 the Anglican Diocese of the Makenzie River, under Bishop W.D. Reeve, was looking for someone to serve the western Arctic. This call was answered by Isaac O. Stringer of Toronto. On March 17th, 1892 Stringer left his home and his family to set out for the western Arctic. Stringer arrived on Herschel Island in April 1893 where he spent three weeks on the island before returning to Fort McPherson to be ordained by Bishop Reeve in July of the same year [1].

In the following years Stringer made several trips back to Herschel Island. In 1895 Stringer ordered supplies for the construction of a mission house on Herschel Island, but when the materials arrived, they were used by the Pacific Steam Whaling Company (PSWC) [1]. Stringer returned to Ontario to marry his fiancé Sadie in 1896, and when they returned to the Arctic later in the same year, they were told that the Euro-Americans and local Indigenous populations wanted a permanent mission set up on Herschel Island. The Stringers purchased a sod house, and when they returned for a four year stay in August 1897, the PSWC offered the use of the community house for a residence and mission in compensation for using the materials sent up two years prior [1]. The sod house was rented to the police in 1904 [1].

When the Hudson’s Bay Company established a post on Herschel Island in 1915, Reverend Isaac Stringer, who at this time was Bishop of Yukon, took this as a sign that the island had a secure economic future. He reordered supplies for the construction of a mission [1]. A Hudson’s Bay Company trader sold a portion of the lumber to another company before it reached Herschel Island. Despite this, the St. Patrick’s Anglican Mission house was finally constructed in 1916. It was used as a rectory, church and school although it was originally meant to be one part of a group of buildings, each of which would have housed one of these functions [2,3]

The mission house was occupied year-round until 1919. When the focus for mission work switched to Shingle Point in 1922 the building was only used intermittently until 1930 when the Herschel Island mission was abandoned completely [1,2]. After the closure, the mission house was only used sporadically when needed to accommodate various groups of people to the island [2].

The mission house, or building no 13, is a one and a half storey frame building approximately 6.1 m by 9.1 m. The foundation and ground floor is constructed of joists resting on sill beams on the ground. The exterior walls are clad with tongue and groove sheathing with cove drop siding, and the interior was finished with shiplap sheathing, which in turn was either painted or covered with wall finish such as canvas or burlap [3]. The gable roof is framed with a rafter and collar tie system, clad in shiplap sheathing and roll asphalt roofing. It has since been reclad numerous times, most recently being stripped back to its sheathing [3].

Since the building stood empty for so many years, it is in poor condition, but stabilization measures have been undertaken to ensure it remains a feature of the park. Nesting boxes have been installed on the roof and inside the building for the island’s black guillemot colony, the only nesting colony of these birds in the Western Canadian Arctic. The use of the nesting boxes on this building ties together the natural and cultural significances of Herschel Island [2,3].

This gallery contains images of the Anglican Mission House – as it appears both today and in the past. Many images in the photo gallery for this page are credited to Sandra Angers-Blondin, Instagram. 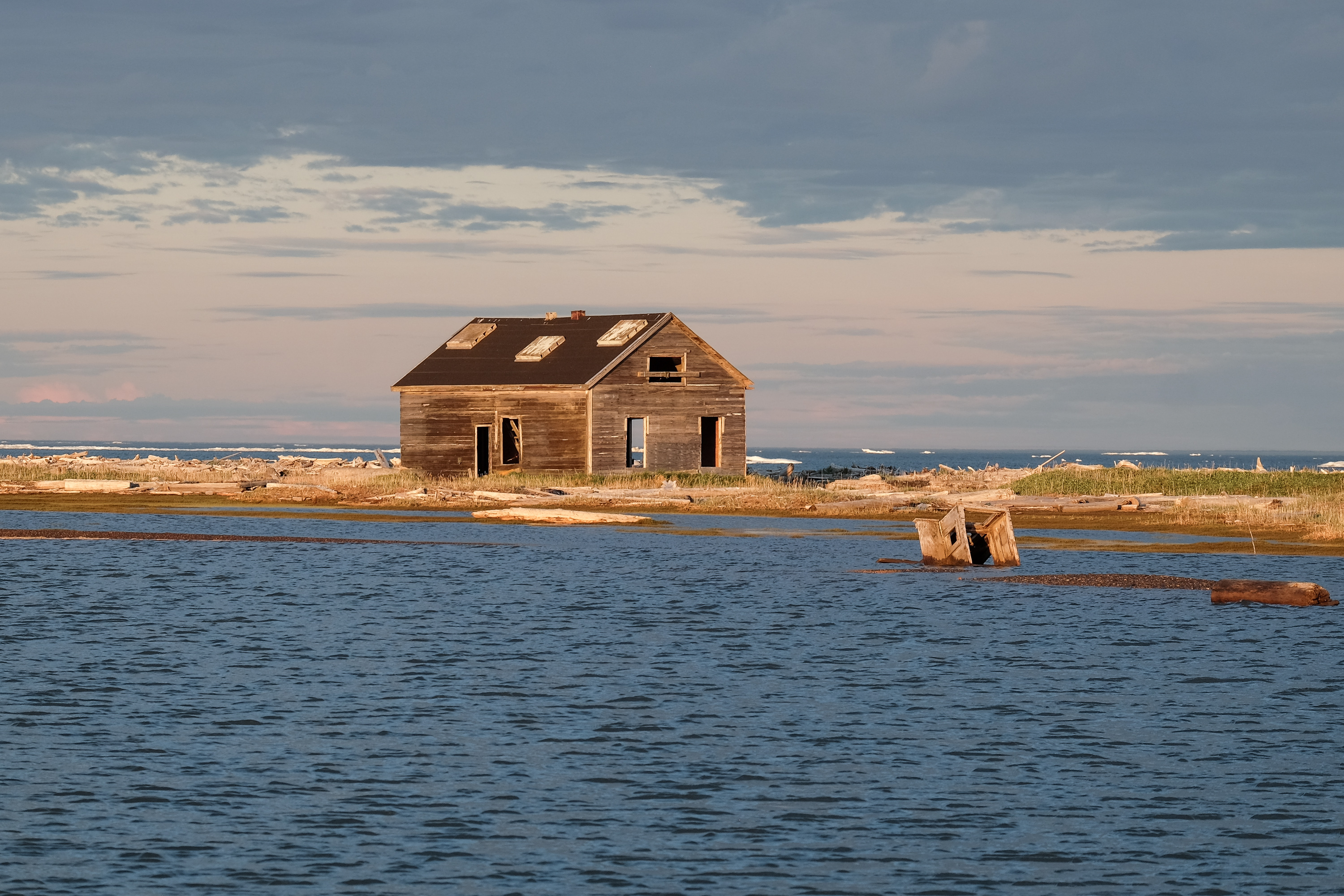 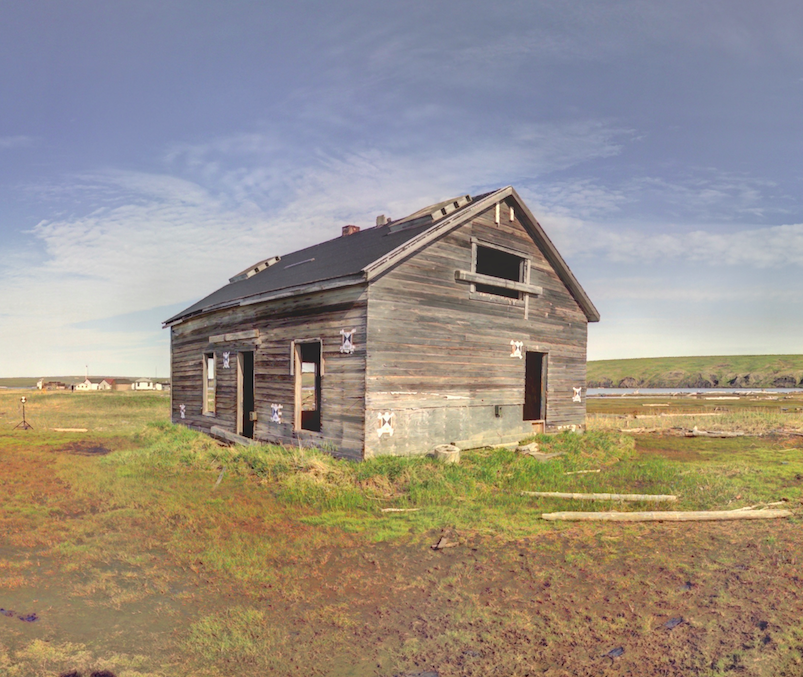 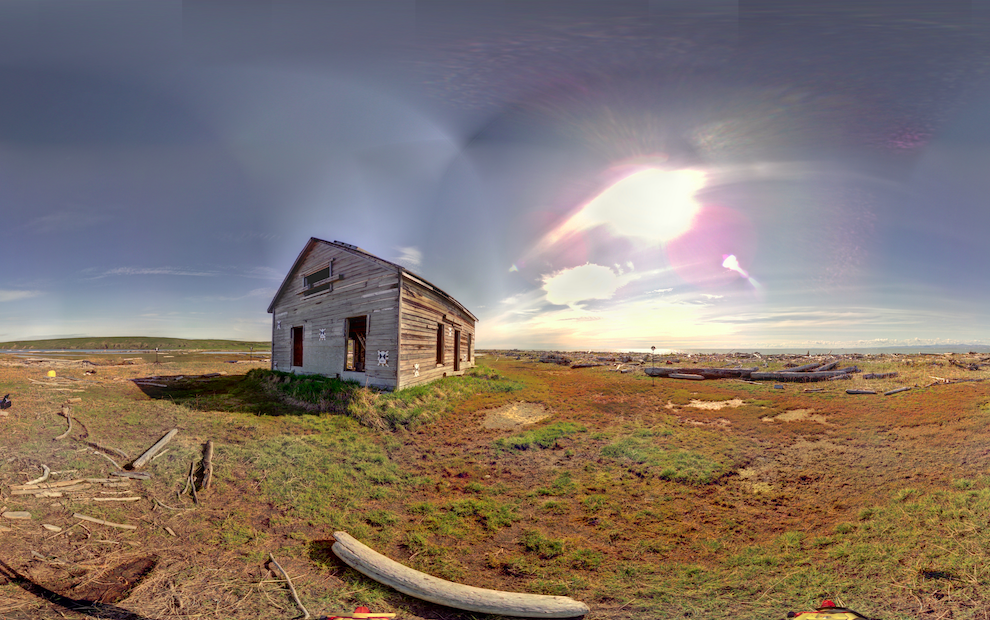 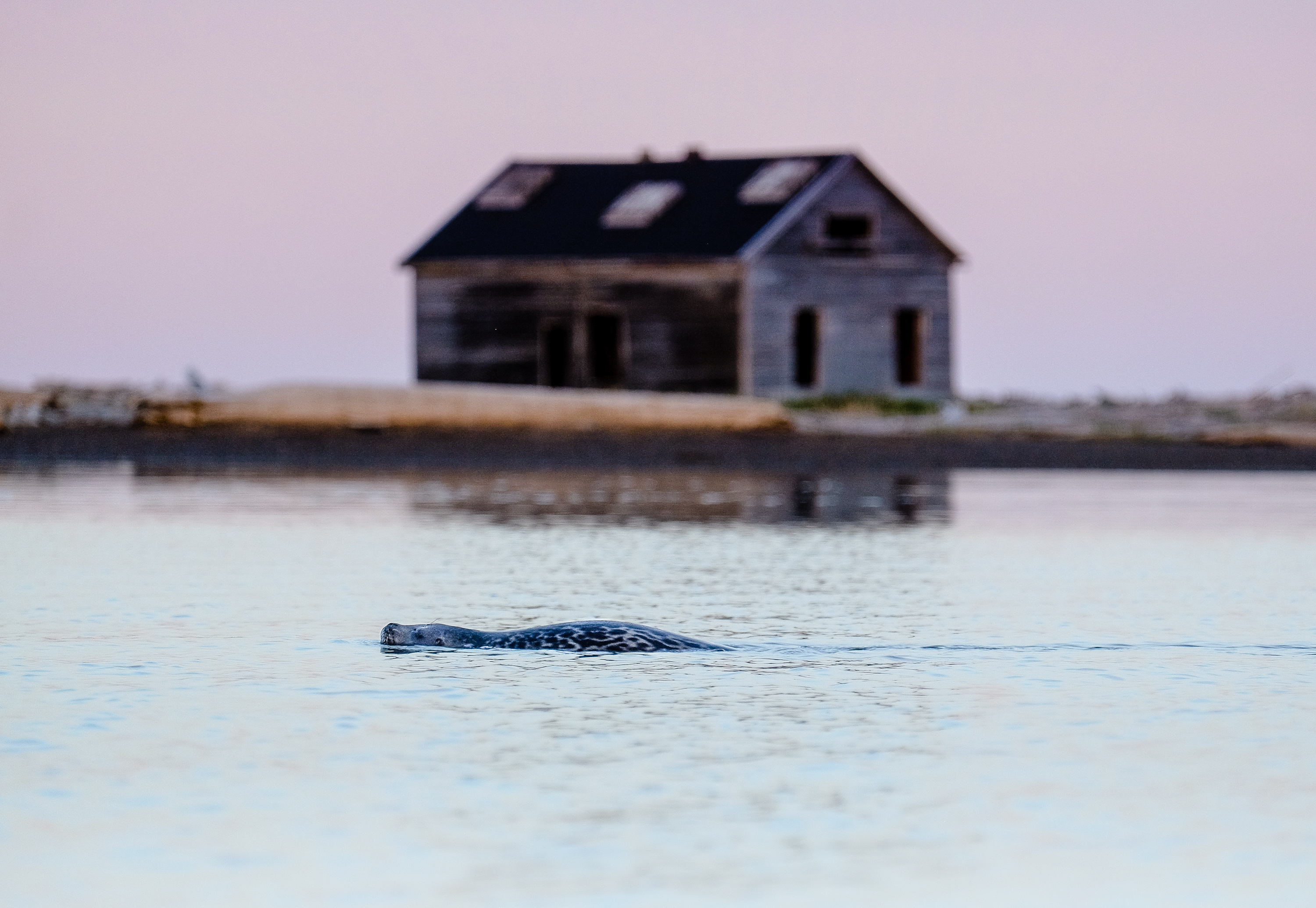 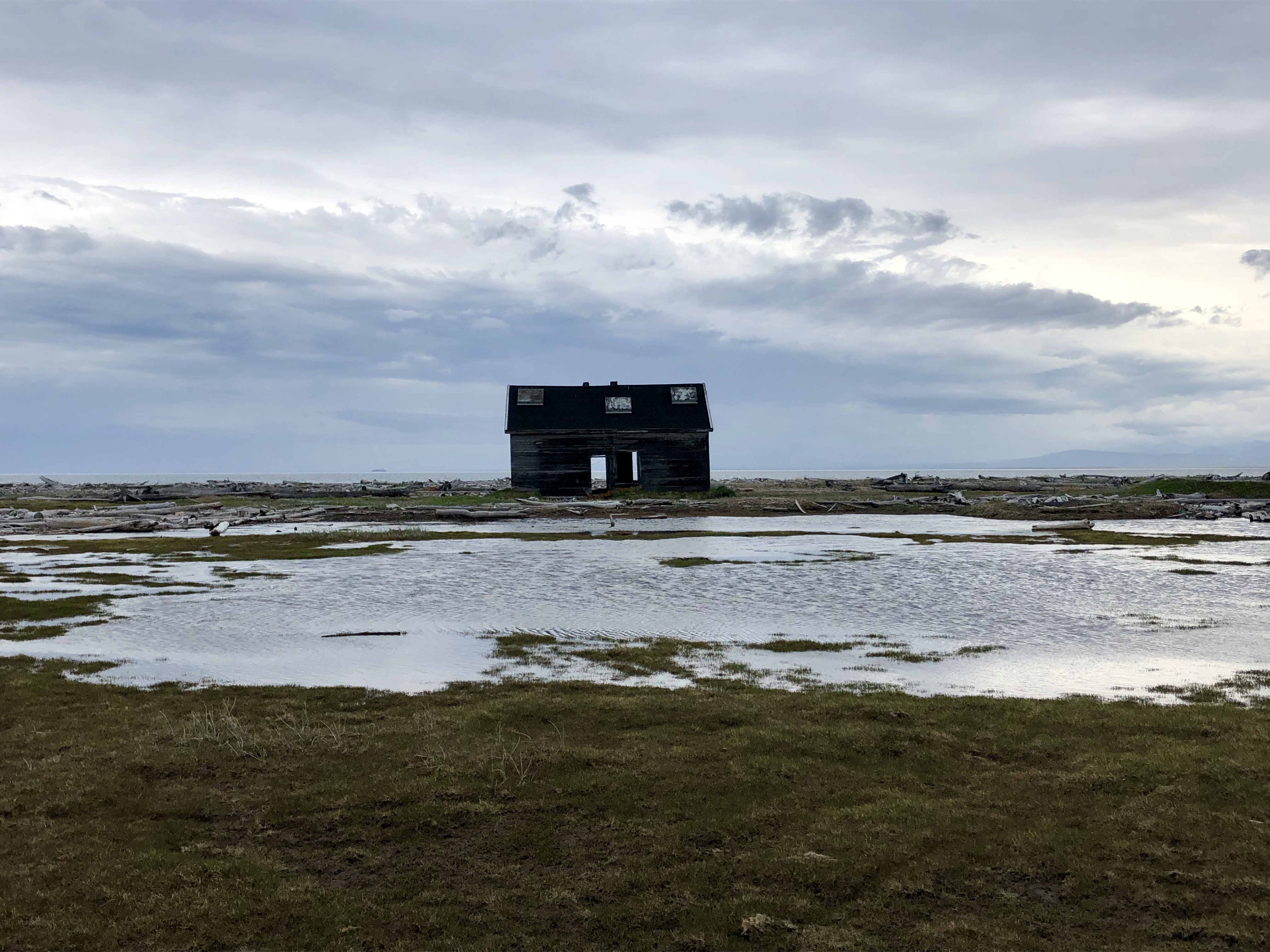 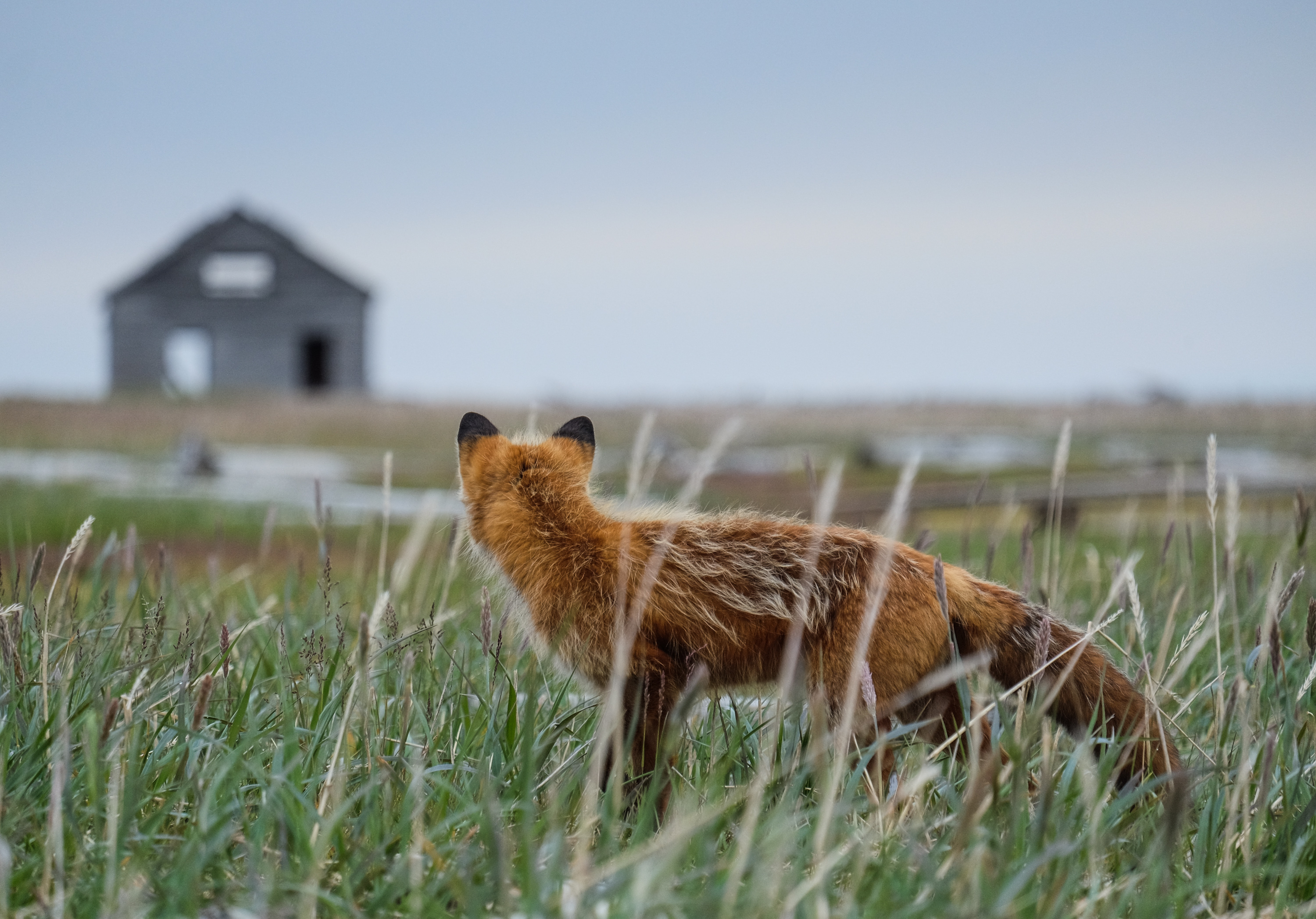 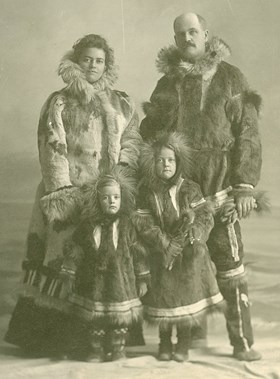 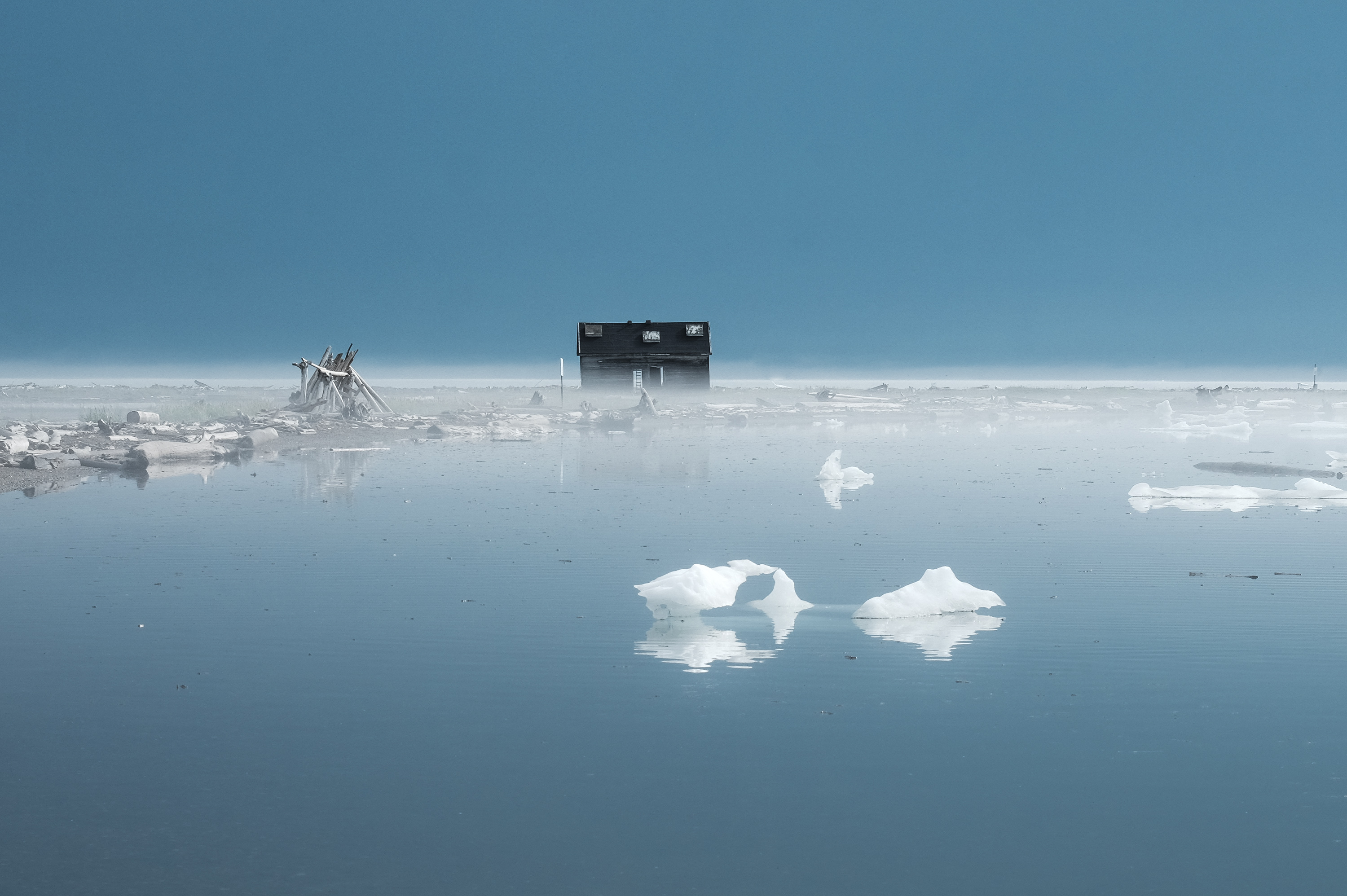 Click on the 3D model of Pauline Cove. Marker (13) shows the location of the Mission House. 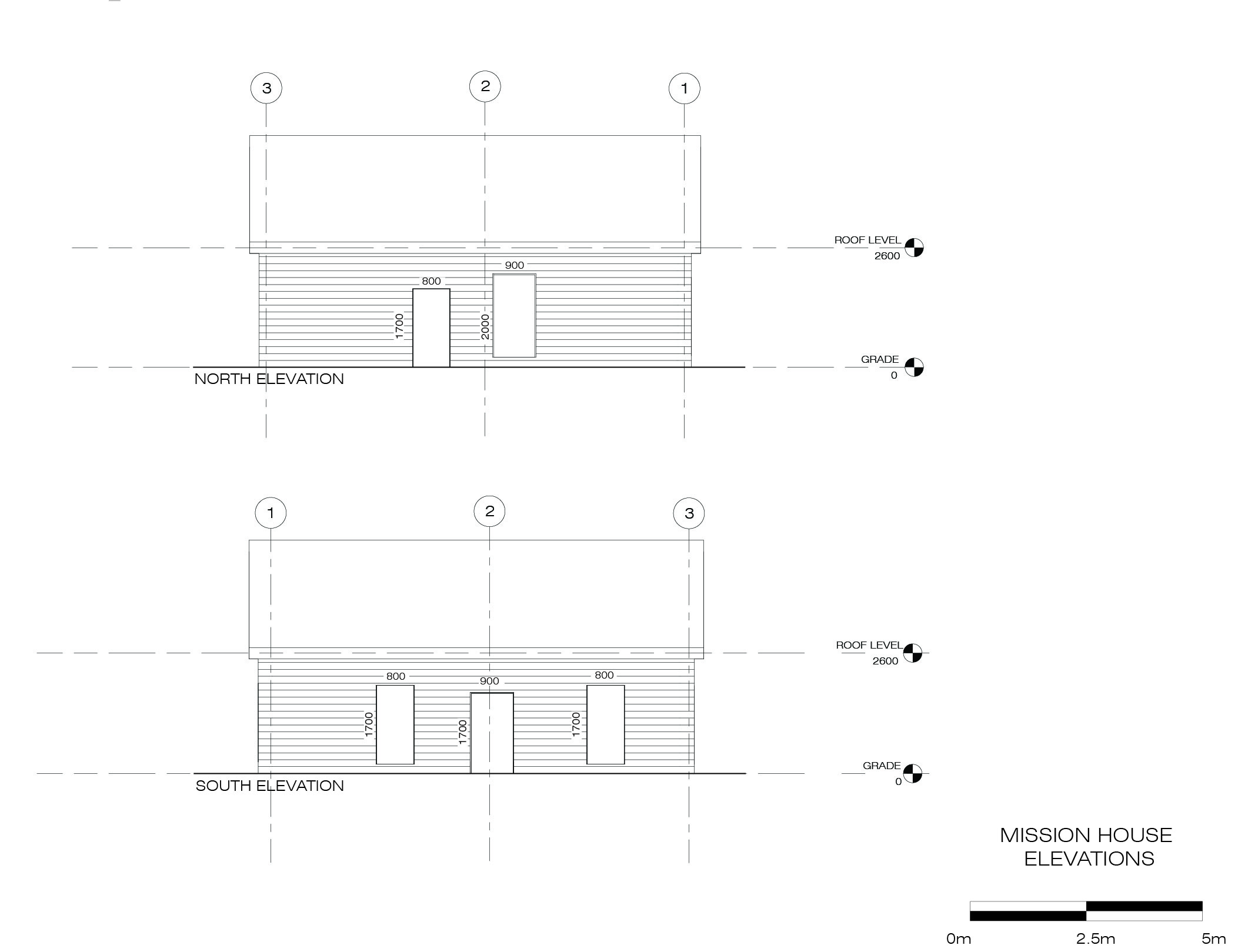 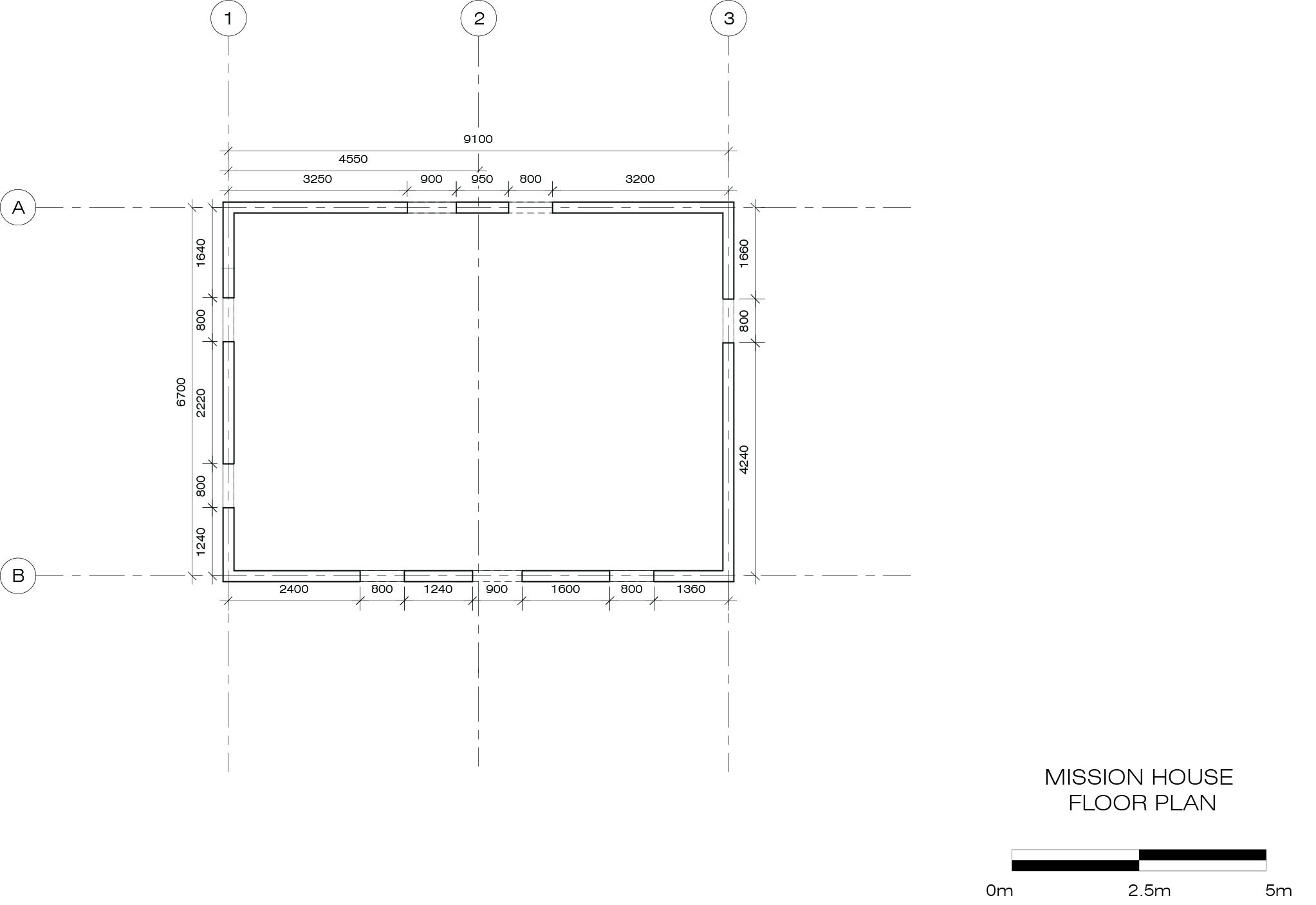 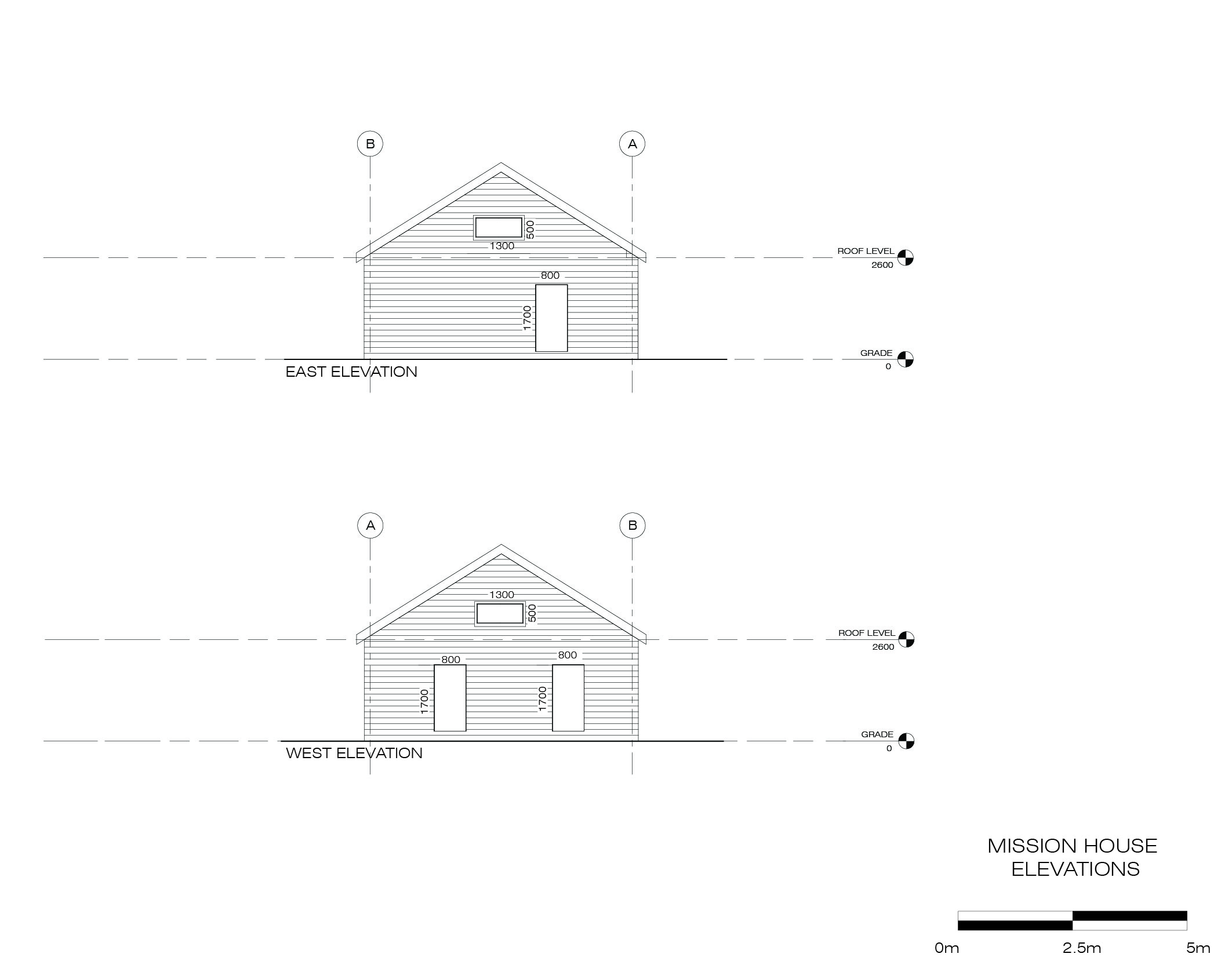 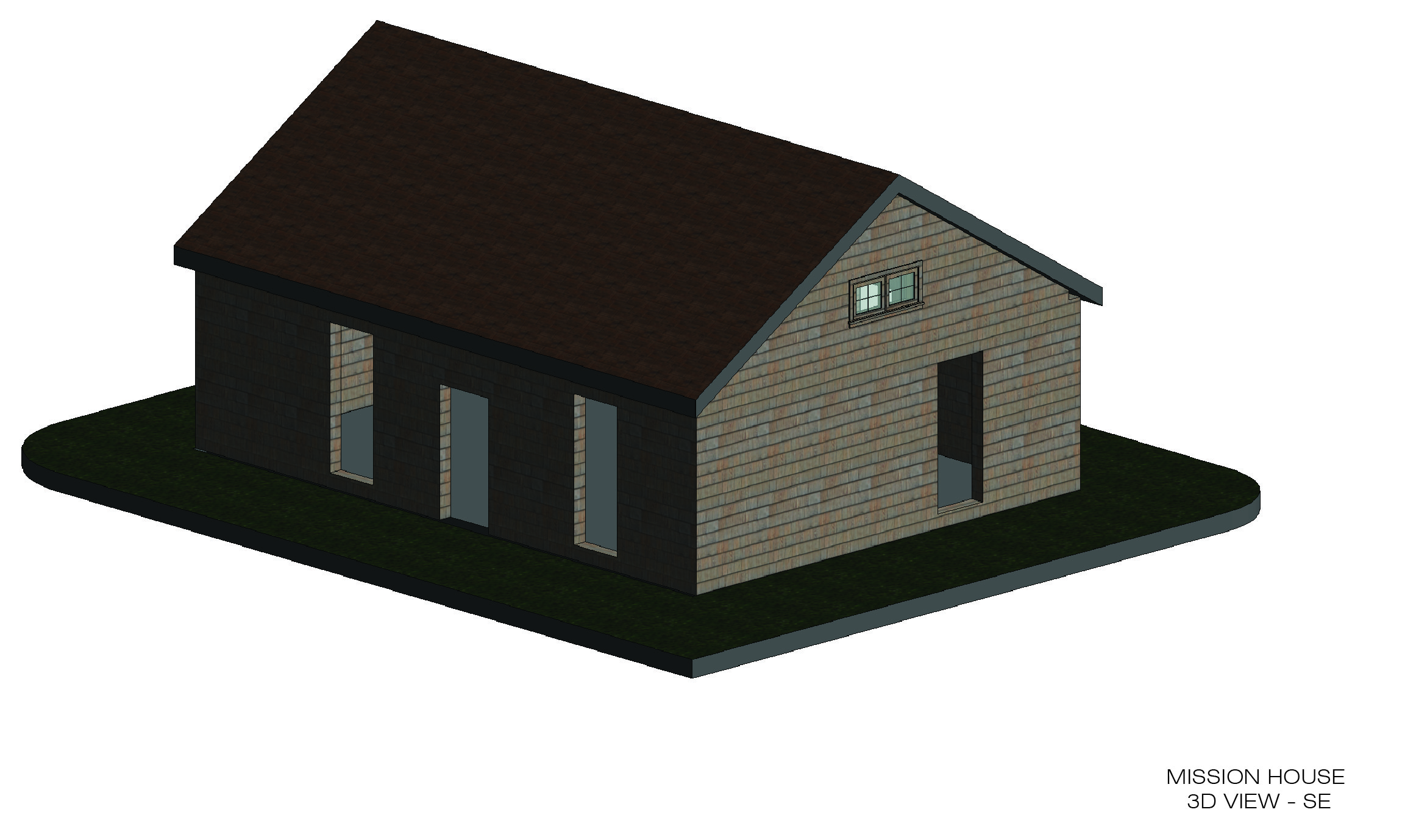 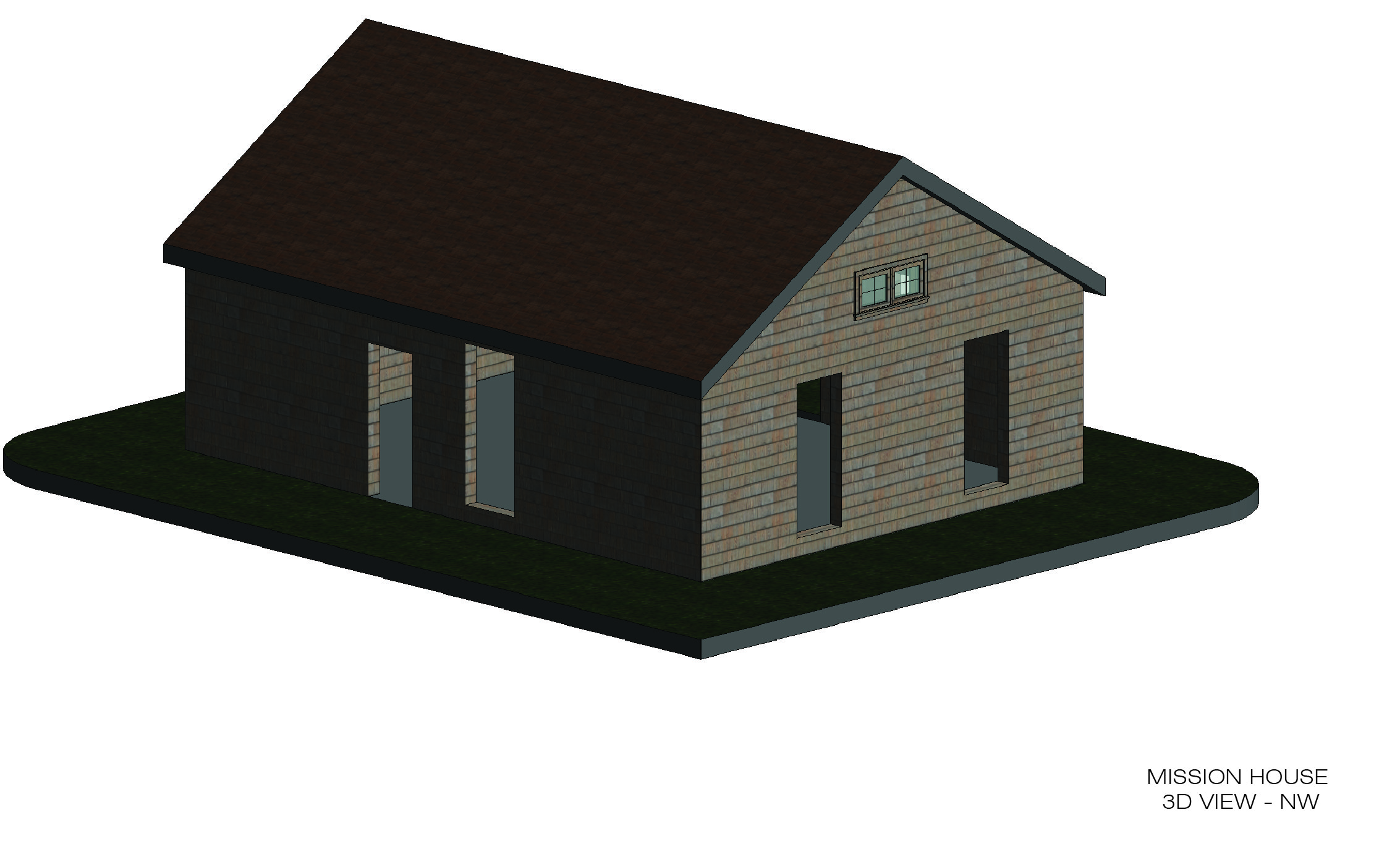 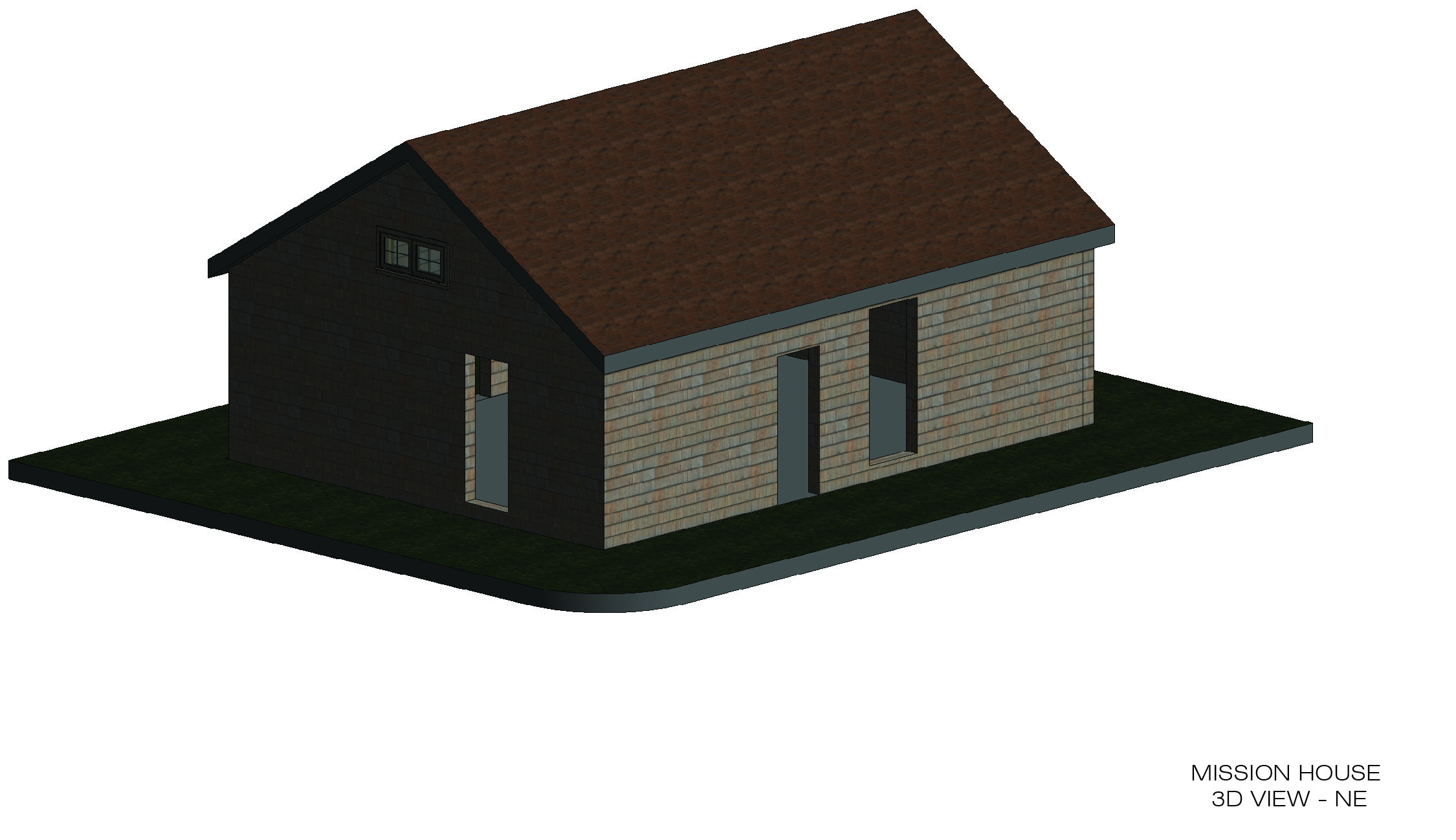 The St. Patrick’s Anglican Mission House was digitally documented with a Z+F 5010X terrestrial laser scanner in July, 2018. The Mission House was captured using 8 scanning locations positioned circularly around the house in order to capture the exterior of the building. A combination of paddle targets mounted on tripods and paper targets printed and mounted to the house itself were used for registration. The exterior scans were combined together using Autodesk ReCap. The interior of this building was not digitally captured. 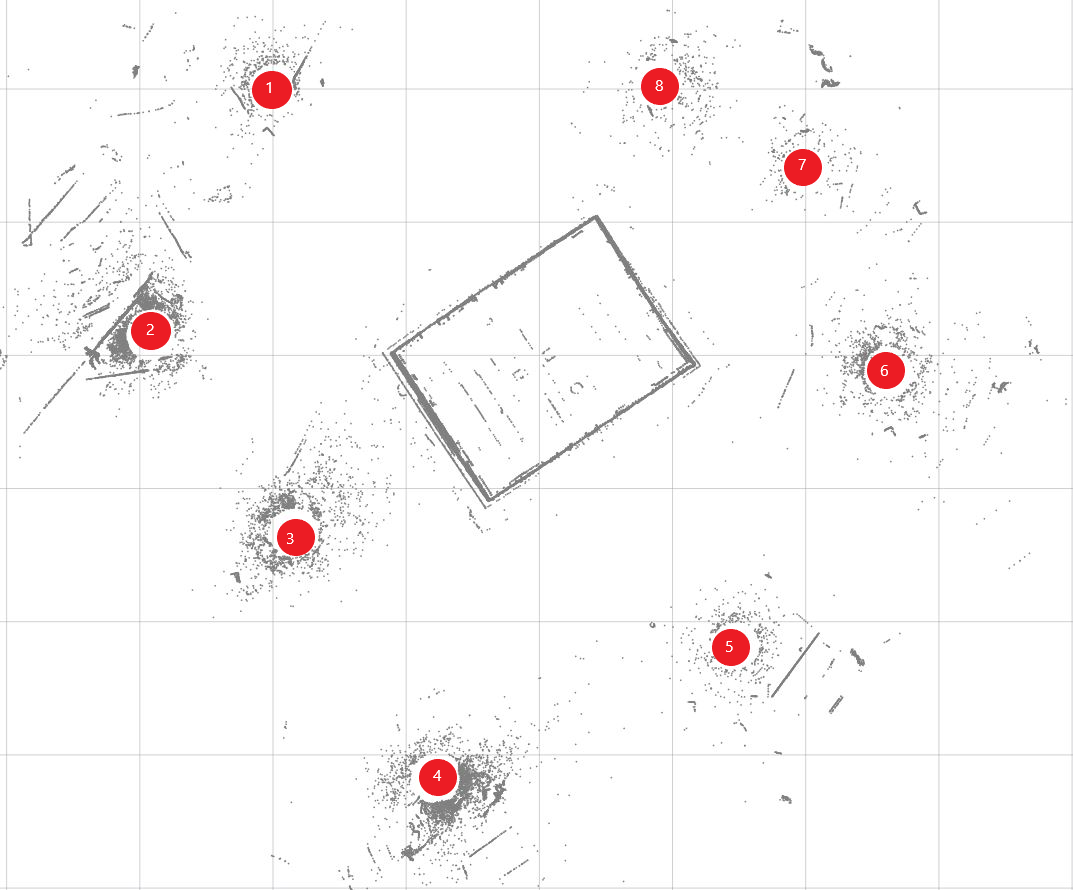 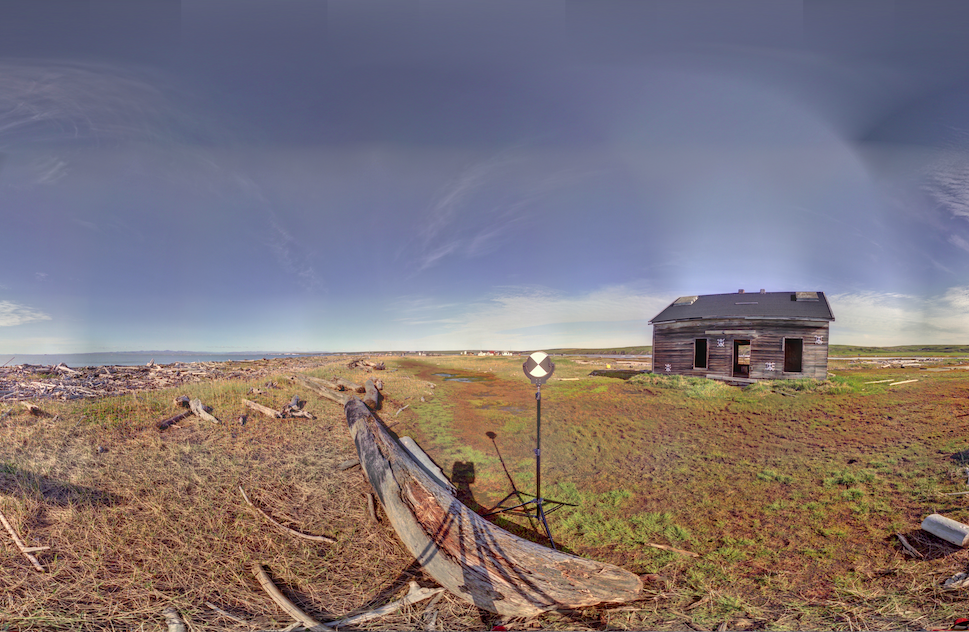