The Royal Canadian Corps of Signals erected a transmitter station at the island in 1930 as part of a communication system that connected much of the Yukon and Northwest Territories to southern Canada. Following the departure of the Corps from Herschel Island – Qikiqtaruk the building was used as housing for the Mounted Police Special Constable. The building was rehabilitated to serve as accommodation for the staff and researchers.

Royal Canadian Corps of Signals in the Yukon

Up until 1922, the vast Canadian Arctic had little means of communicating with the rest of Canada. Mail service was limited and carried by boats and dog sleds, often brought by members of the Royal Canadian Mounted Police on patrol routes [1]. Dawson City was serviced by a telegraph line to Hazelton, BC serviced by the Dominion Government Telegraph Service, but was unreliable due to maintenance problems caused by the length of the line and the rugged terrain it ran through [1]. Looking for a more reliable and expedient means of communication, The Department of the Interior offered the Department of Defense funding for the installation of army radio stations in the Northwest Territories and the Yukon [1]. The Royal Canadian Corps of Signals (RCCS) installed the first station in Whitehorse in 1923 [1].

In 1924 the government shipped materials to construct and install a station at Herschel Island [1,2]. These materials were shipped from Vancouver up on the Hudson’s Bay Company’s summer run aboard the steamship Lady Kindersley [1,2]. These materials were lost with the ship off the northern shore of Alaska [1,2]. After this and a second failed shipment of supplies, it was recommended that the main station be set up at Aklavik rather than Herschel Island as it was anticipated that Aklavik would receive more air traffic and become a larger northern terminus [1]. A summer sub-station as set up at Herschel Island [1].

After this, the building was used by the RCMP as a residence for special constables until the detachment closed in 1964 [2]. Since then it was used intermittently by Inuvialuit hunters and trappers, as well as by various scientific expeditions to the park [3].

The RCCS transmitter station building is a pre-cut and labelled frame kit building. It is approximately 6.5m by 7m, and was constructed on a foundation of beams and blocking [4]. On the exterior the wall framing is clad with shiplap sheathing and beveled cedar siding. The interior walls are clad with either Celotex, a paper-covered plywood product [4]. It features a hipped roof, which consists of rafters, shiplap sheathing, and asphalt roofing. Originally, there had been two chimneys located on the southern slope. These were removed and the holes covered on the exterior during the most recent roof cladding, although their original location can still be seen on the interior [4]. There is one entrance in the south wall of the building, and five windows with two in each the east and west walls and one in the south [4].

During the lifespan of this building several alterations have been made. The most noticeable of these is the enlarging and enclosing of the porch [4]. The other major change was the removal of a wall which divided the present northeast room into two separate rooms [4].

The Northwest Territories and Yukon Radio System is commemorated as a National Historic Event of Canada, of which this building is a part of. It is now used to accomodate researchers when they are on the island for extended periods of time [2].

This gallery contains images of the interior and exterior of the Signal House as it appeared historically and in 2019. Also included are photos of this building during a flooding episode on the island.  A map showing the extent of the historic NWT and Yukon Radio System can also be accessed. 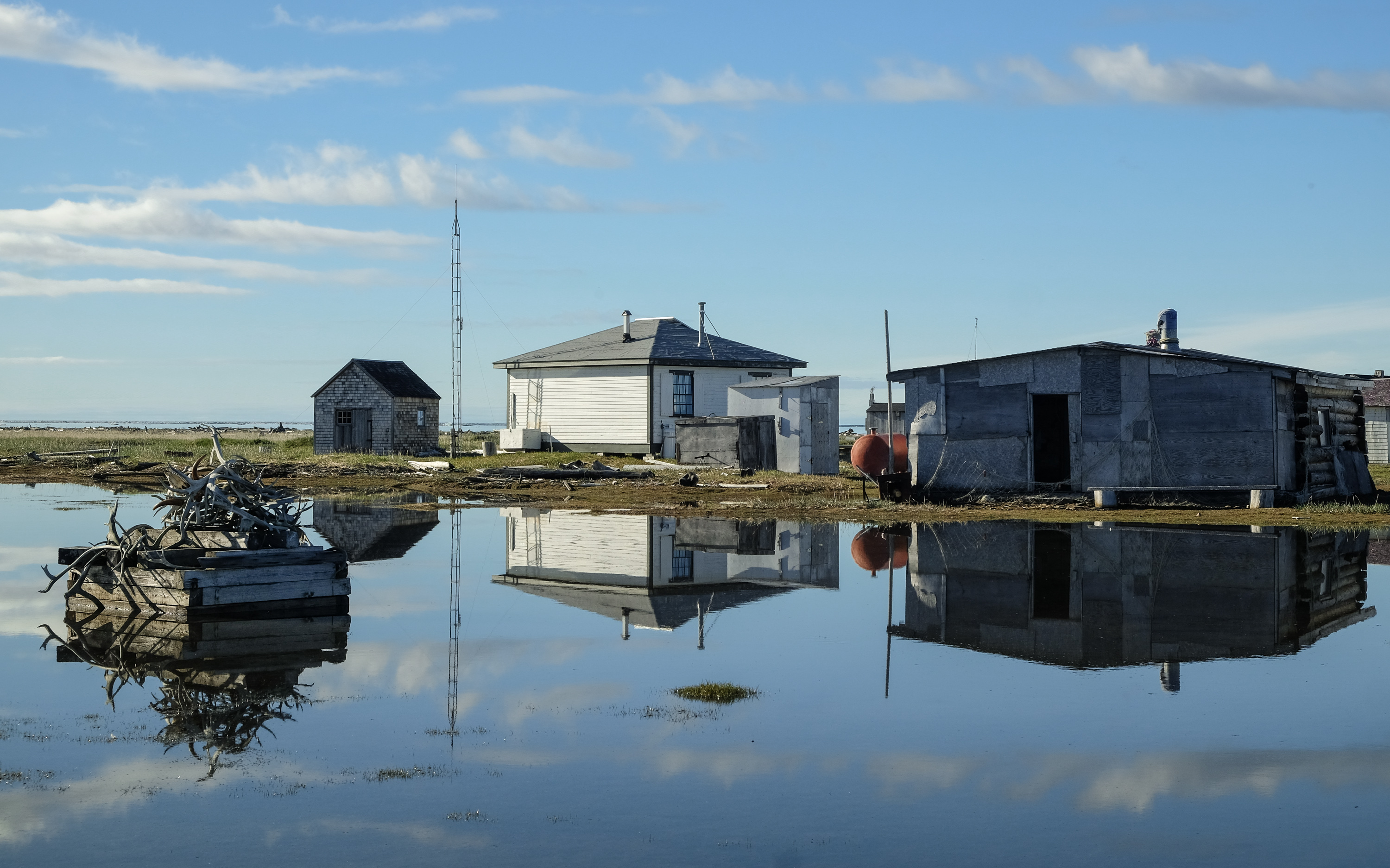 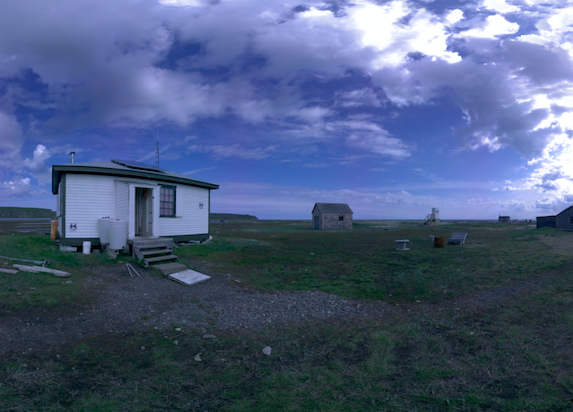 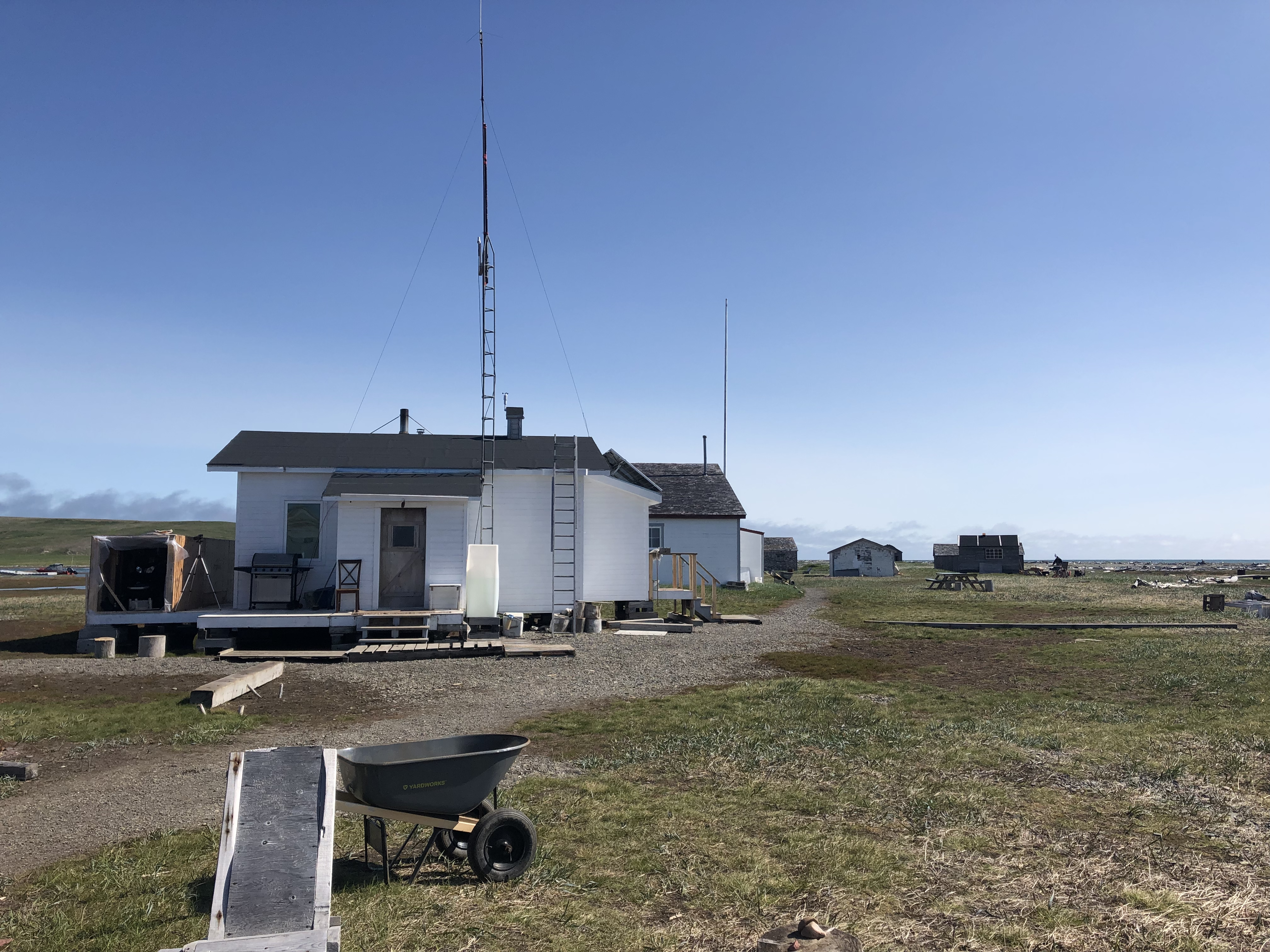 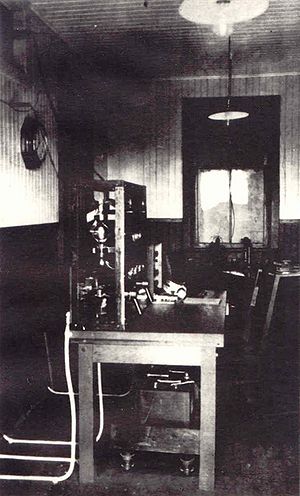 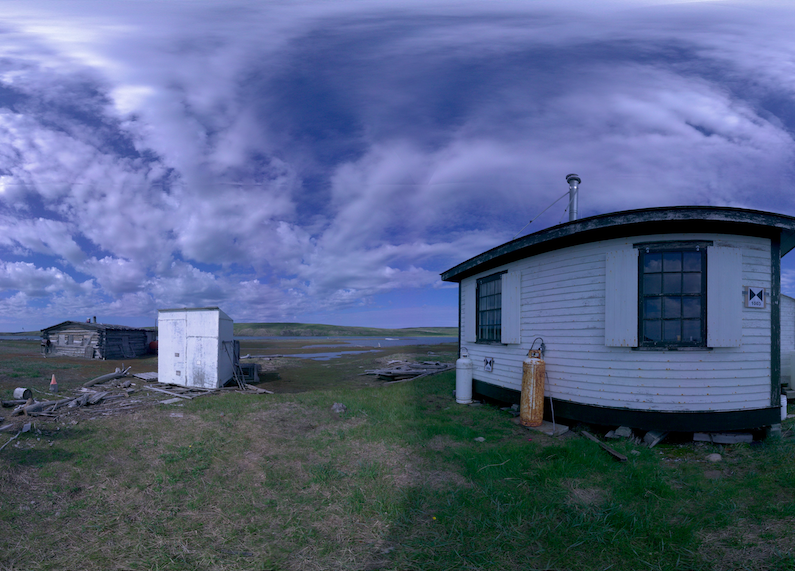 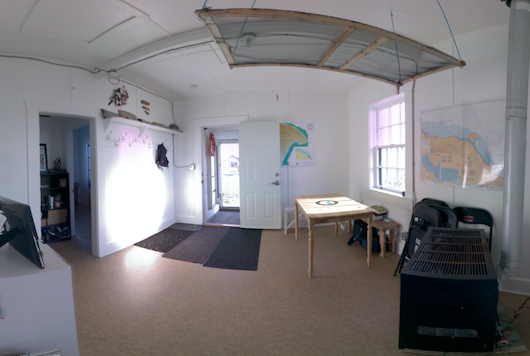 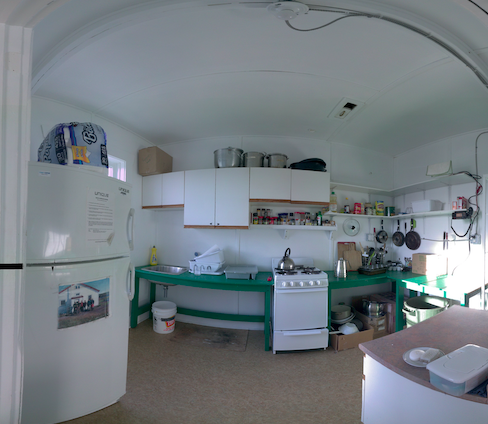 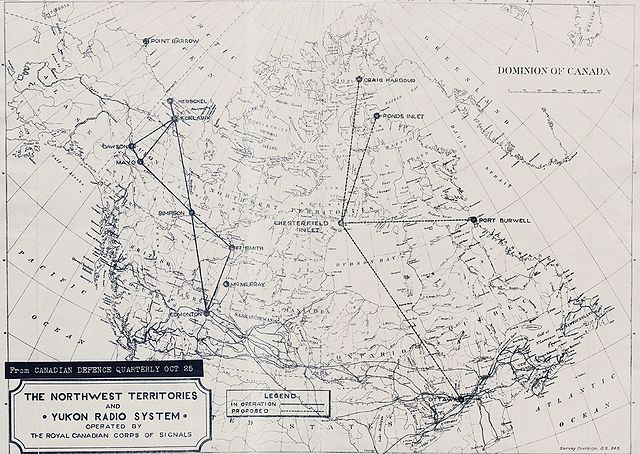 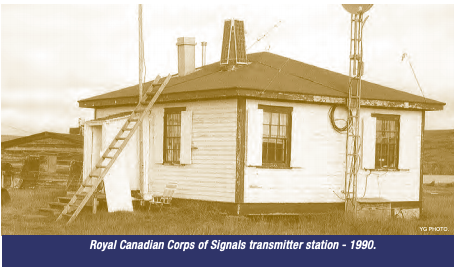 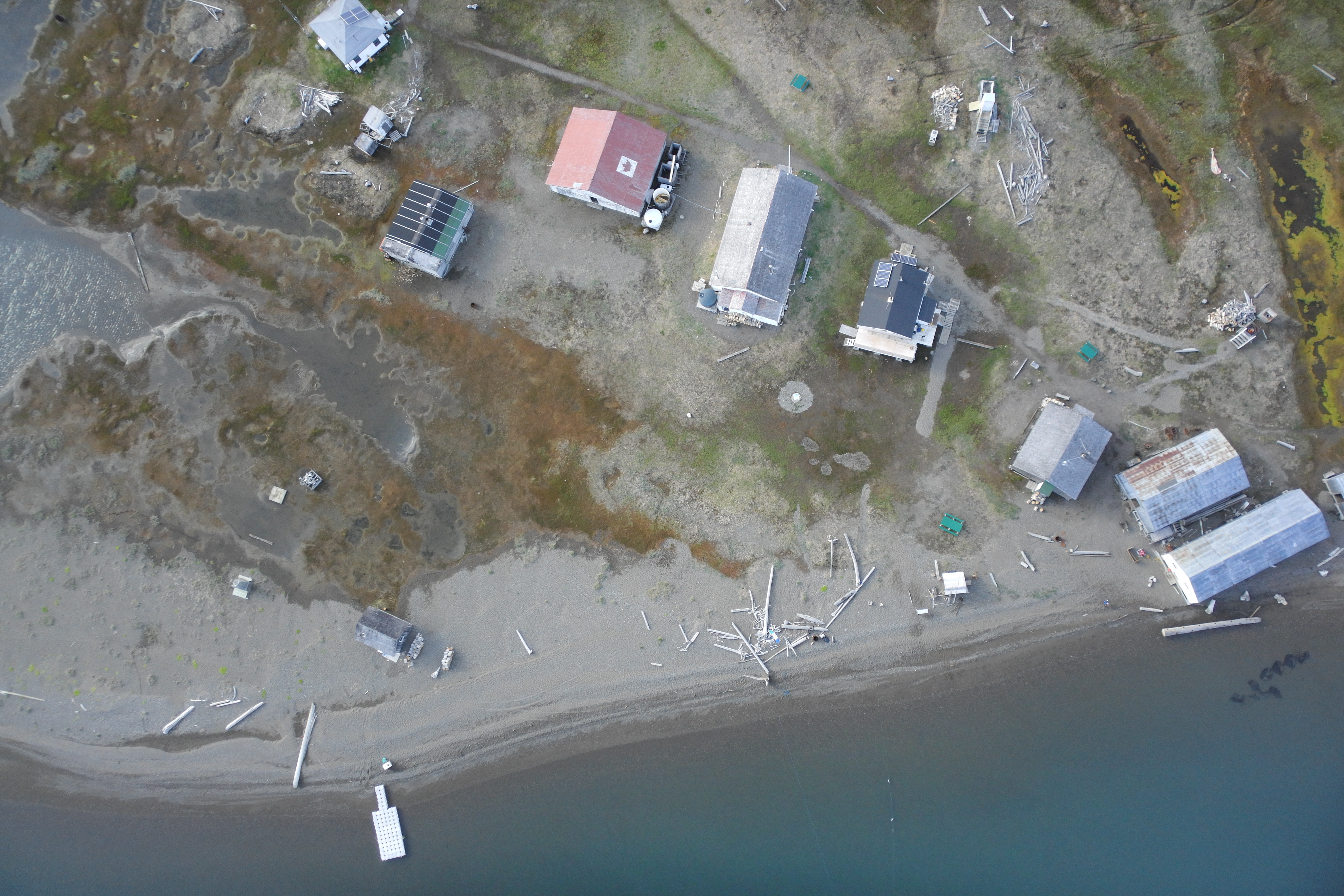 Click on the 3D model of Pauline Cove. Marker (10) shows the location of the RCCS Transmitter Station within the settlement.

The Royal Canadian Corps of Signals Transmitter Station building was digitally captured with a Leica BLK 360 terrestrial laser scanner. Paper targets were used and mounted on the exterior walls of the building. The exterior was captured with 15 scanning locations placed circularly around the building to capture the entirety of the structure. On one of these scans, the front door was left open in order to have common features captured to combine the exterior with the interior scans.

The interior was captured through an additional 11 scanning locations, with one positioned in front of the open door to be used to combine the interior and exterior scans. No targets were used to capture the interior of the building, and scans were registered together using cloud-to-cloud registration in AutoDesk ReCap Mobile and Pro. 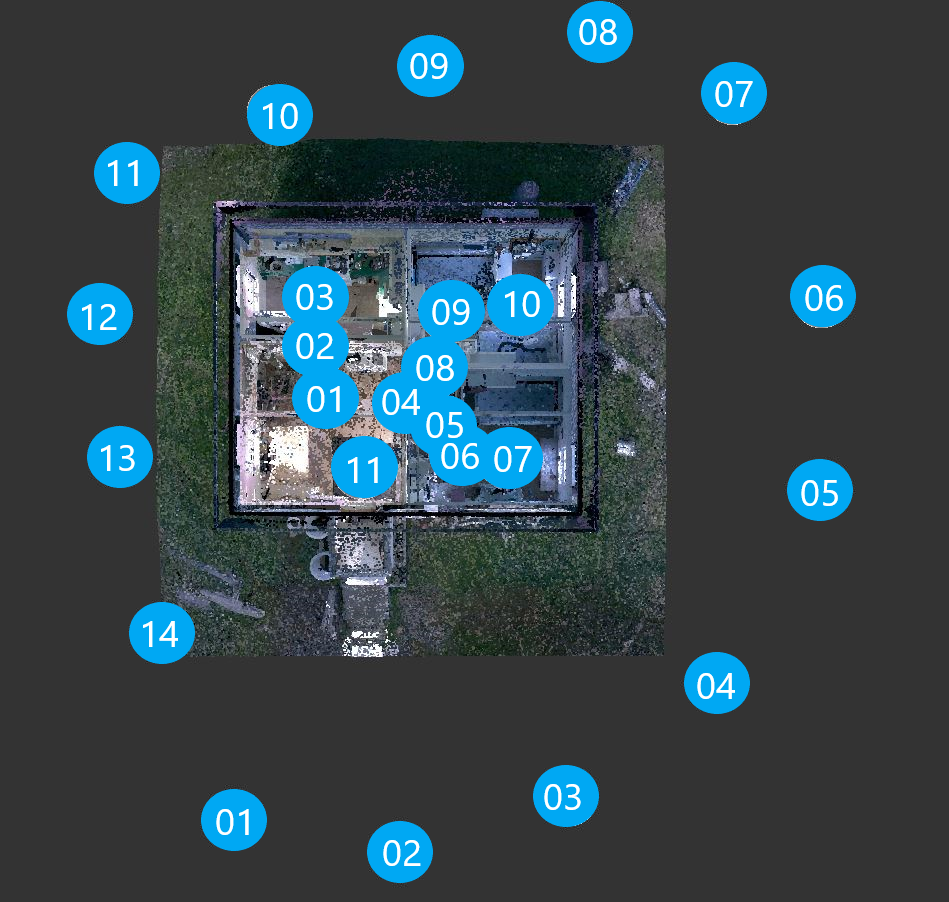 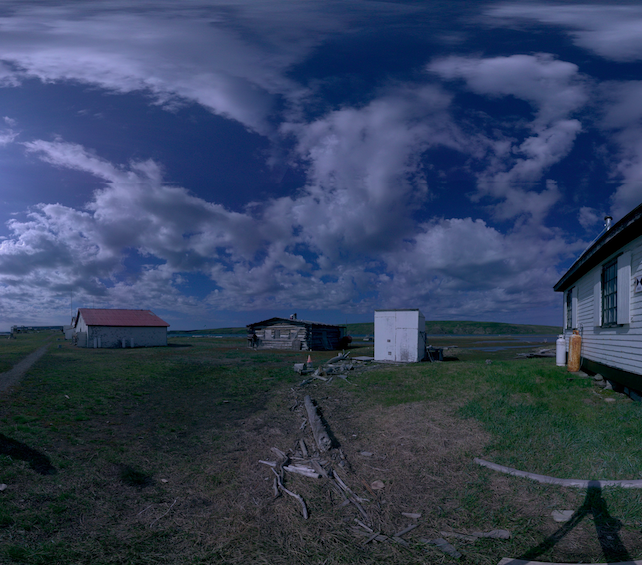 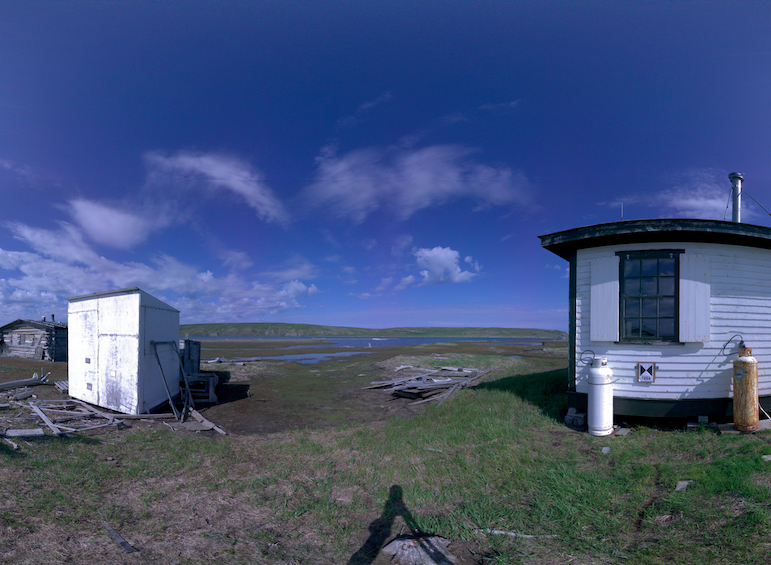 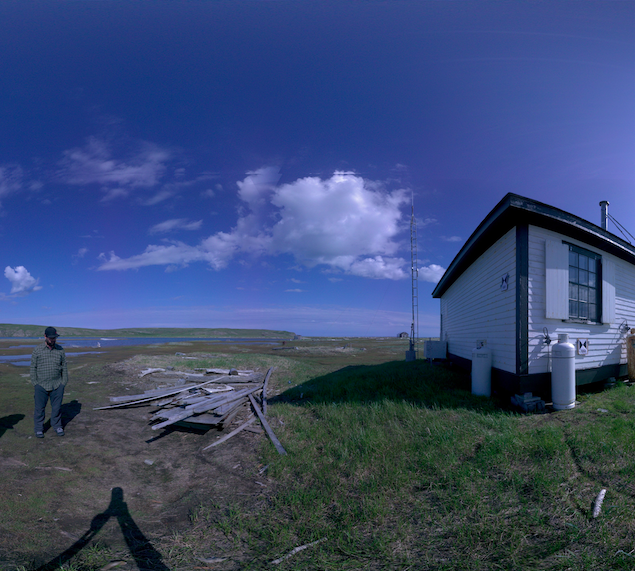 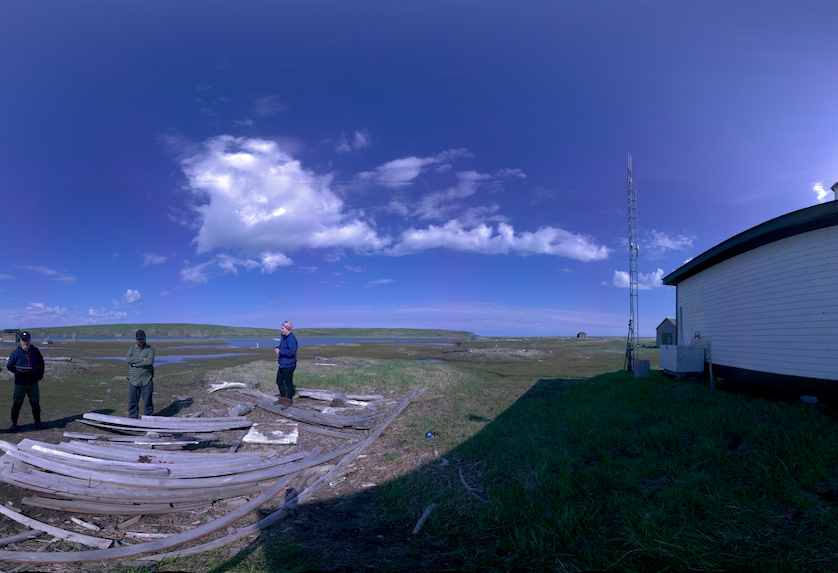 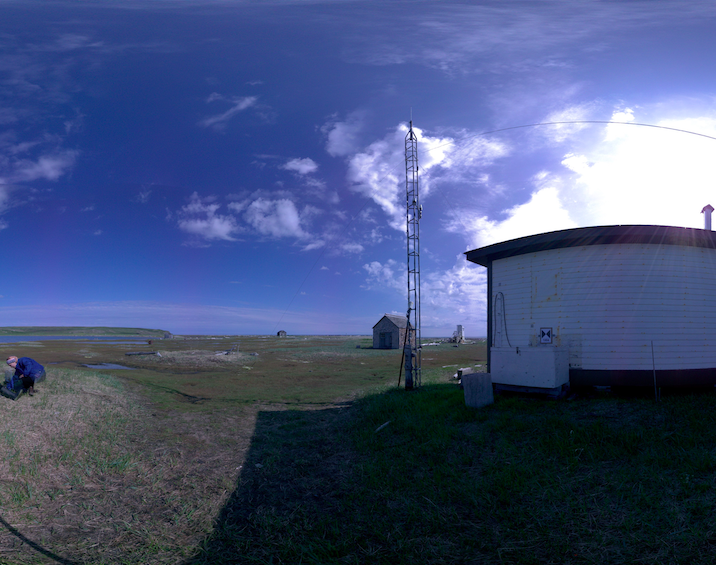 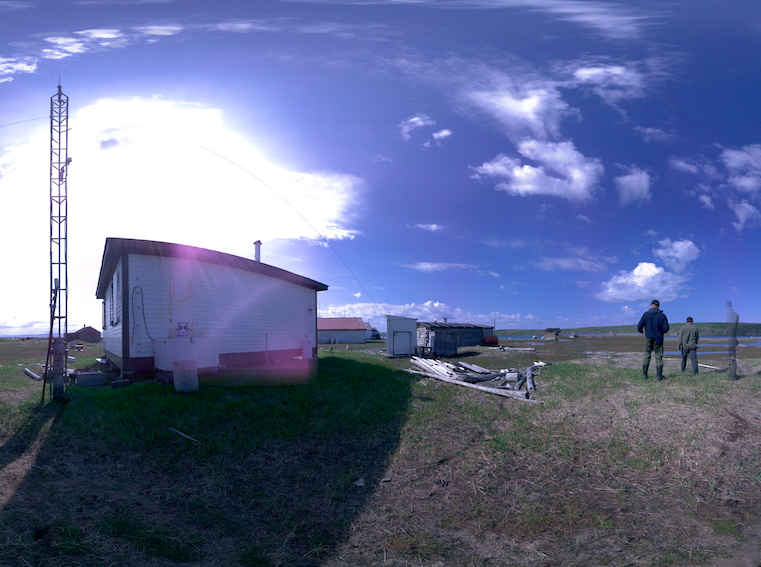 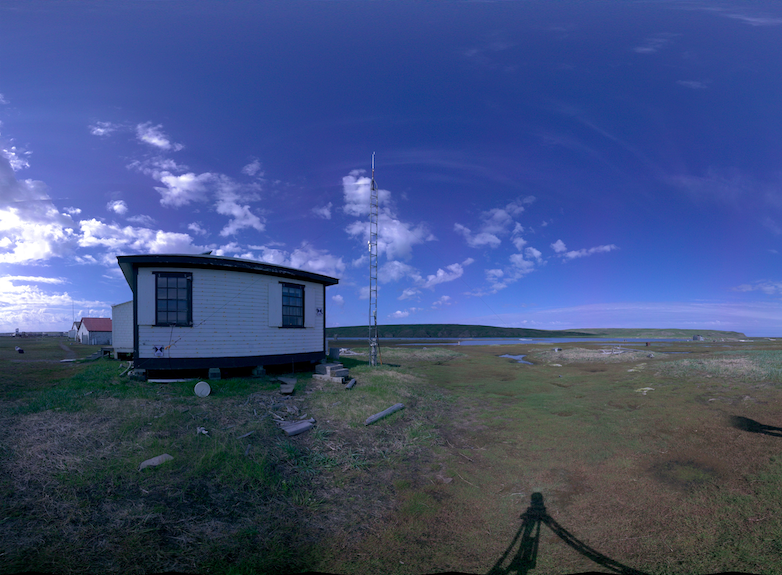 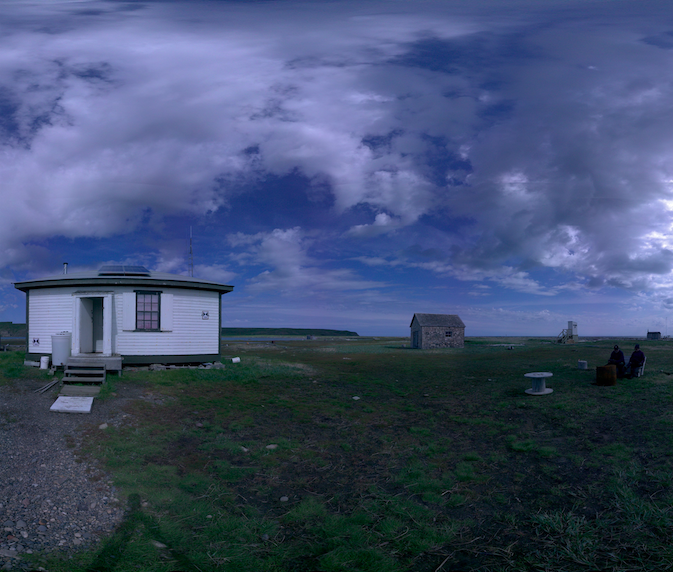 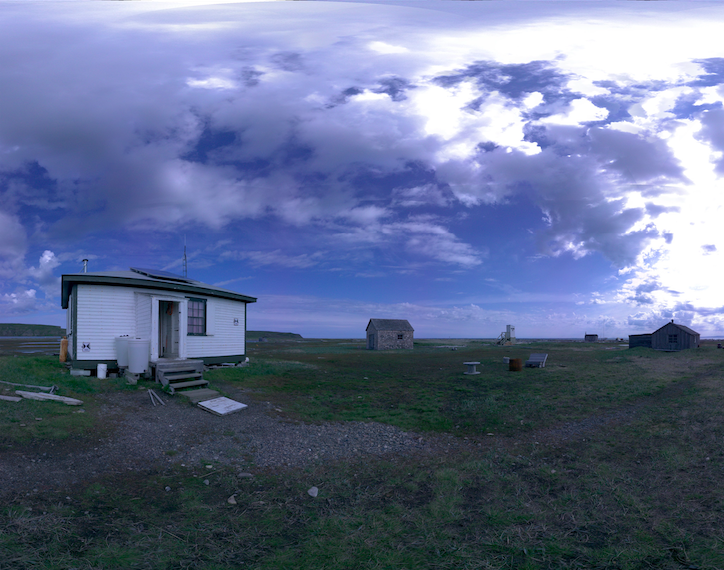