Stories about the Little People abound in the Arctic. Among the Inuvialuit (both Siglit and Uummarmiut) one story tells about a couple of Iñunuluat (little people) who lost their son when he was killed by a dog. Sarah Meyook heard the following version from Kluruya, who was originally from Alaska:

These people are small.

They were a married couple, people that big.

With weasels they could make parka for one person.

You see how small they are!

Kiuruya told us a story about them.

They are scary too.

He said one time over in Alaska,

There was lots of big people that saw them

holding hands with their child.

The people were watching them.

Then someone’s dog was loose

and the dog just went there

and swallowed one small person,

When the dog swallowed that child,

the father got hold of the dog by the tail.

He tore open the dog.

But their little child was dead already.

Then those peoples were really scared then.

When they got scared of them,

they tried to pay them with anything,

they thought they were going to kill them.

Even though they were small,

They opened the dog’s stomach in a moment!

They were very fast.

Kiunya told us that story

about the one who killed the dog right away. 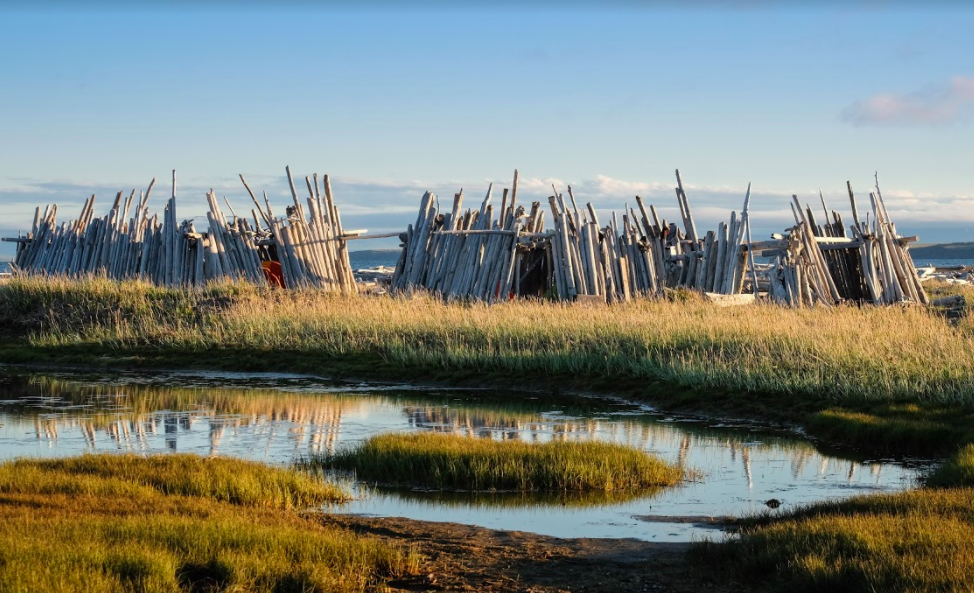