This small building was constructed in the early 1890s and has had additions built on several times since. Not all of the additions to the building currently exist. Repairs were completed to conserve this building so that it can remain as a feature within the landscape of the Park. It is not currently used.

There is presently very little information about the history or occupants of small house, building no 11. Evidenced by its appearance in historic photographs, it was built by 1900 and possibly as early as 1893 [1,2].

This building has gone through several major alterations since its original construction. When first built, it was approximately 3.9 m by 4.7 m framed structure with a gable roof constructed of rafters and collar ties [2]. The roof and exterior walls are clad in shiplap siding, and the interior walls in tongue and groove boarding. The roof is covered by a layer of 50 lb asphalt roofing, which is covered again by another layer of sheathing and roll asphalt roofing. In the original configuration, there were two windows in the west wall, with an entrance doorway in the west wall [2]. The first addition was constructed on the south side of the building, and was added soon enough after the original construction to appear in the earliest photographs of the building. It was clad on the exterior with canvas and lumber. This addition was removed at an early date, but is evidenced in the historic photographs as well as though shadowing that remains from it on the building’s south wall [2]. The next addition was constructed on the east wall, and was 2.9 m by 4.7 m. During the construction of the addition, the east wall was removed and these materials were added as extensions to the rafters. The wall framing of the addition is sheathed with shiplap boards on the interior and exterior, and the exterior is clad with 50lb roll asphalt roofing [2]. As the building currently stands, there are two windows, one in the west wall of the original portion as well as one in the south wall of the addition. There are also two doors, including the original one and a new one in the south wall of the addition [2].

Repairs have been undertaken to conserve this building as a feature within the park, but it is not currently used [1].

This gallery contains images of Building no. 11 as it appeared in 2019. Point clouds of the exterior and interior of the building can also be viewed. 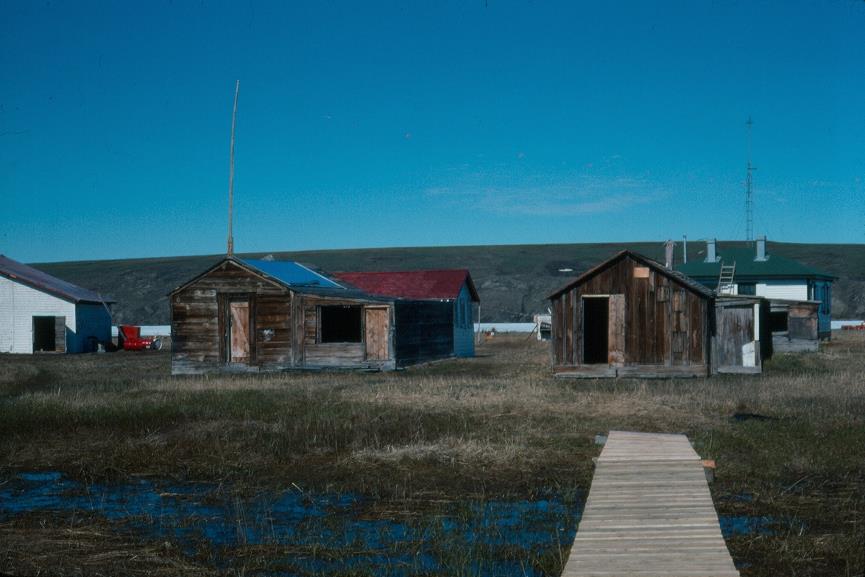 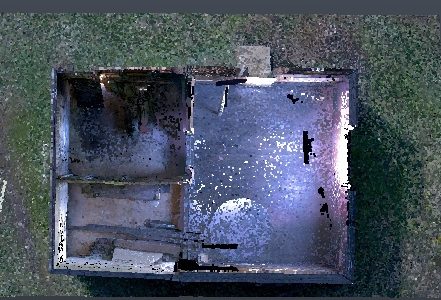 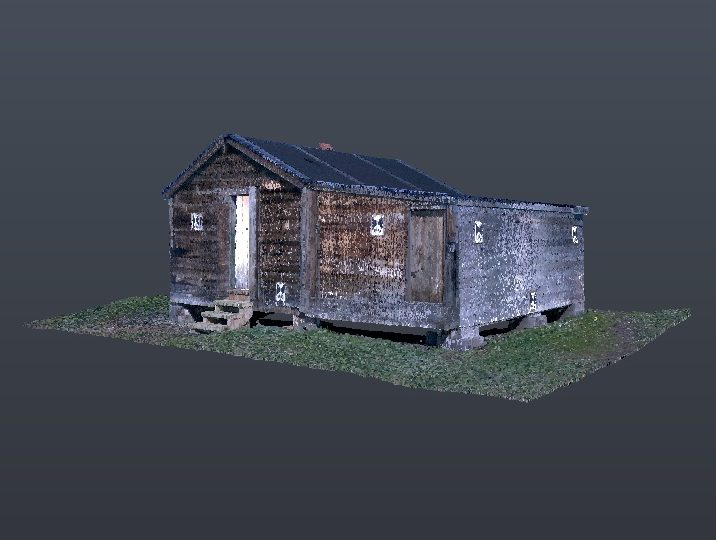 Small house, building number 11, was digitally captured with a Leica BLK 360 terrestrial laser scanner. Paper targets were used and mounted on the exterior walls of the building. The exterior  was captured with 11 scanning locations placed circularly around the building to capture the entirety of the structure (red dots). On one of these scans, the front door was left open in order to have common features captured to combine the exterior with the interior scans. The interior was captured through an additional five scanning locations, with one positioned in front of the open door to be used to combine the interior and exterior scans (blue dots). No targets were used to capture the interior of the building, and scans were registered together using cloud-to-cloud registration in AutoDesk ReCap Mobile and Pro. 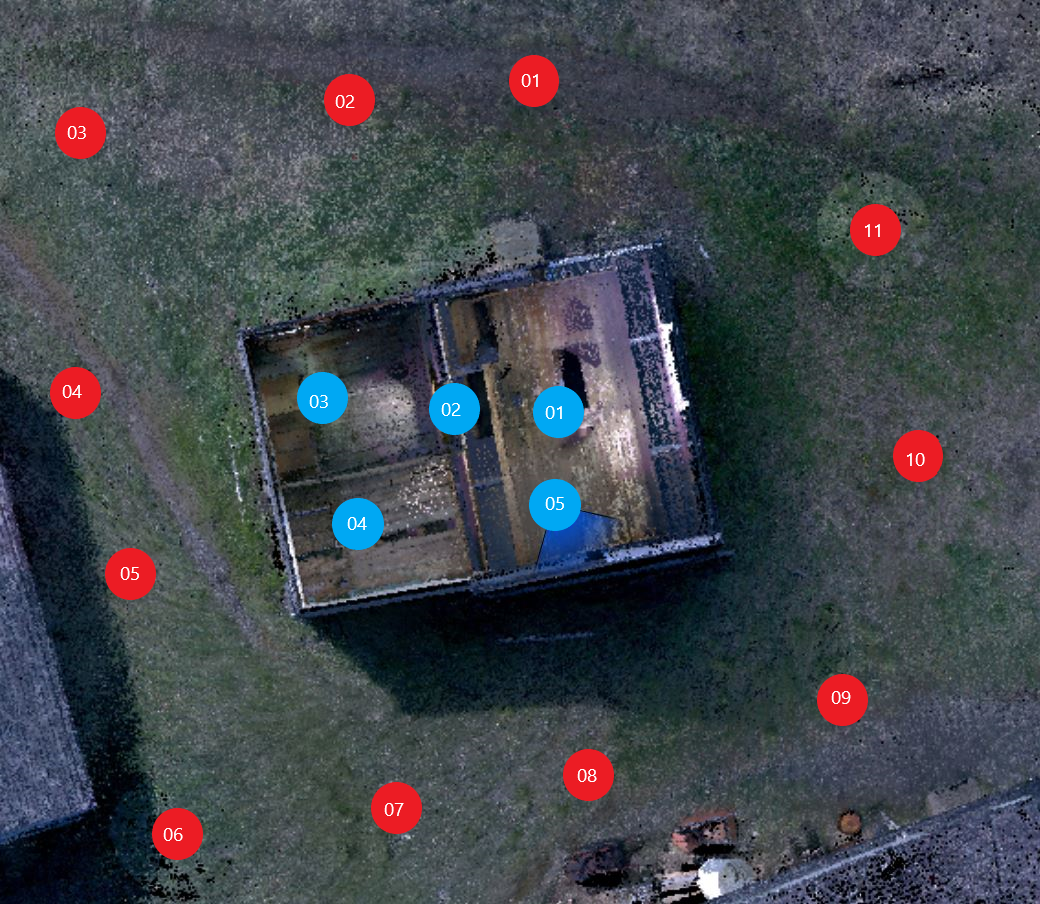 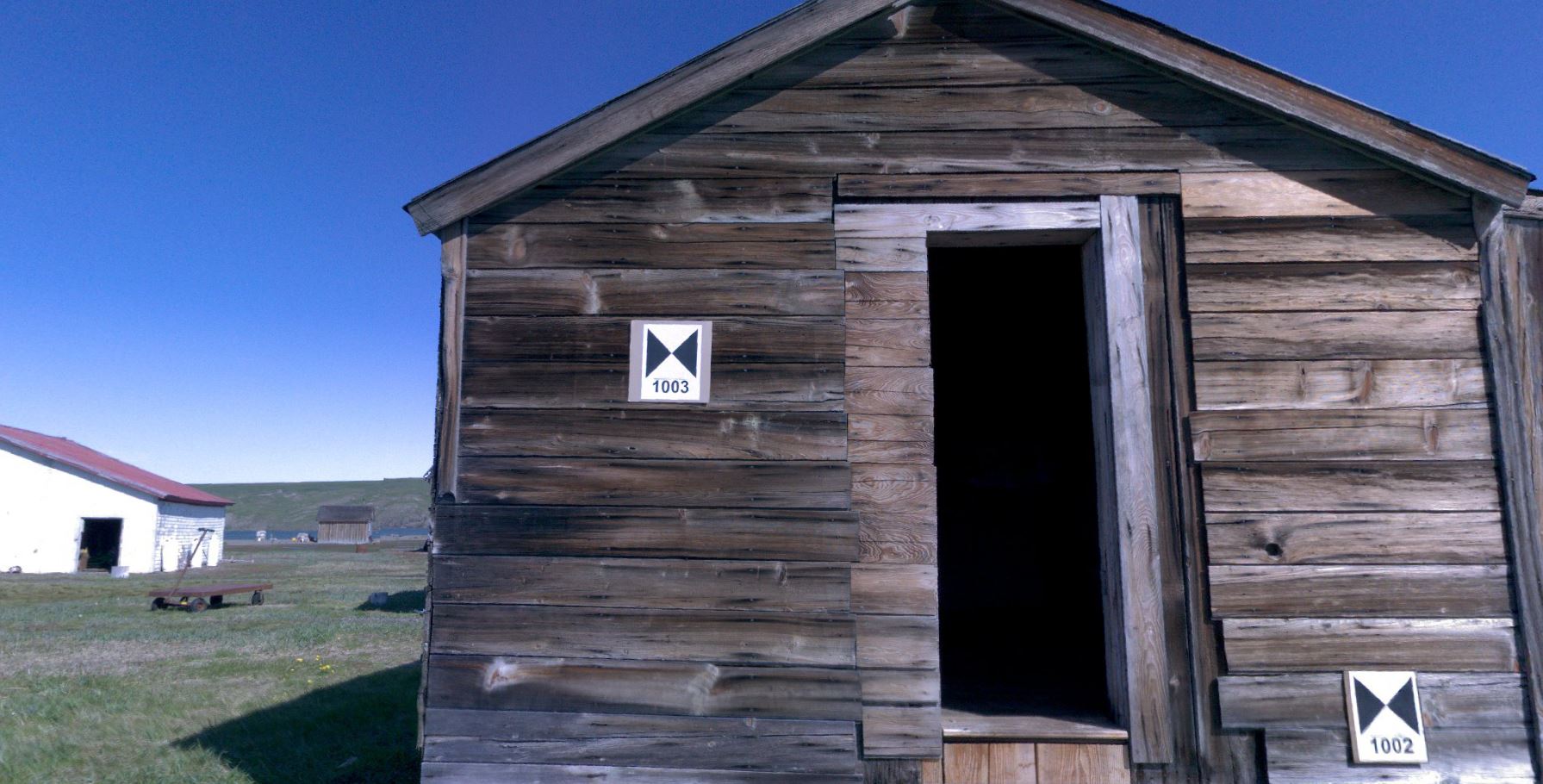 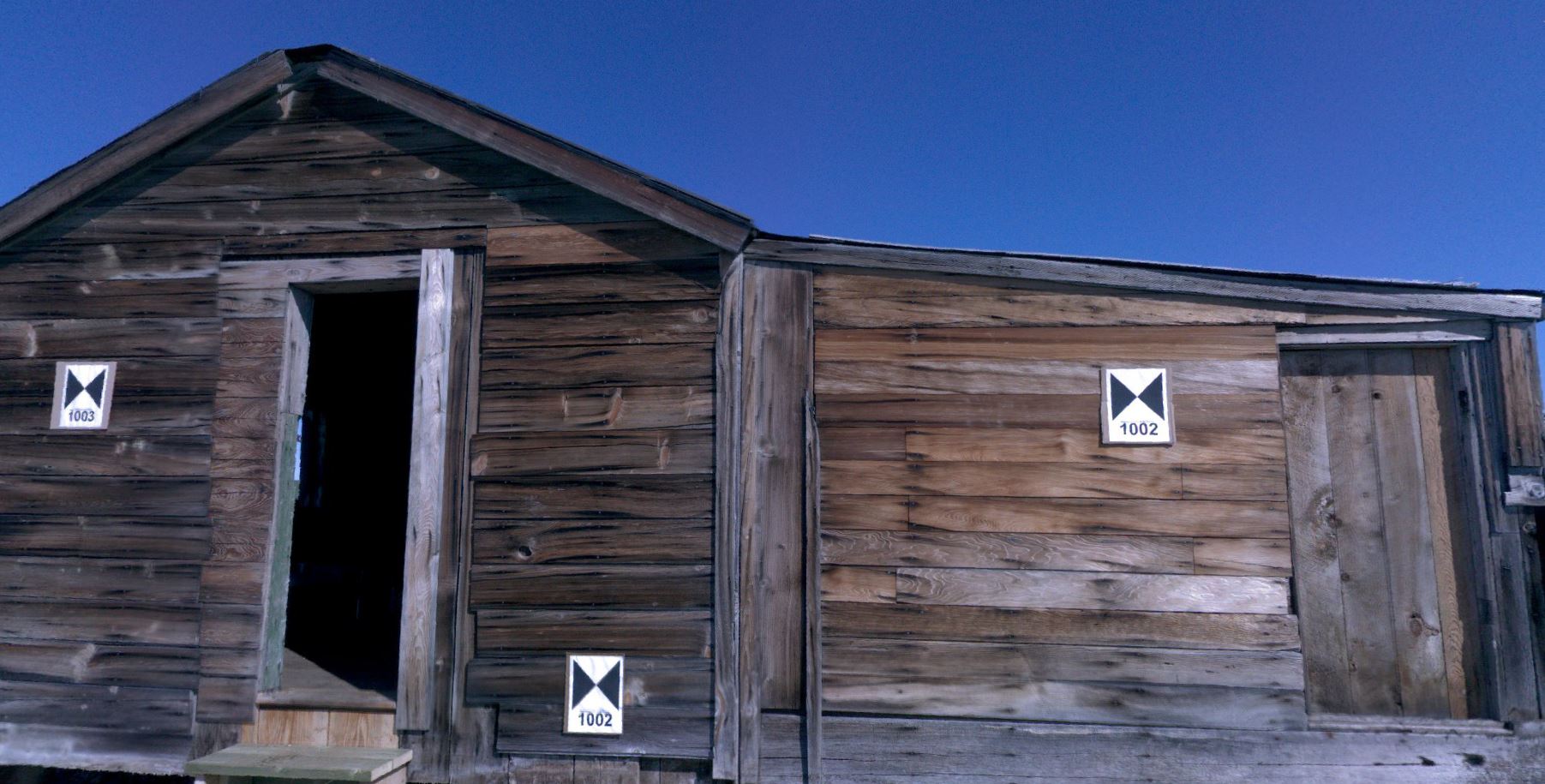 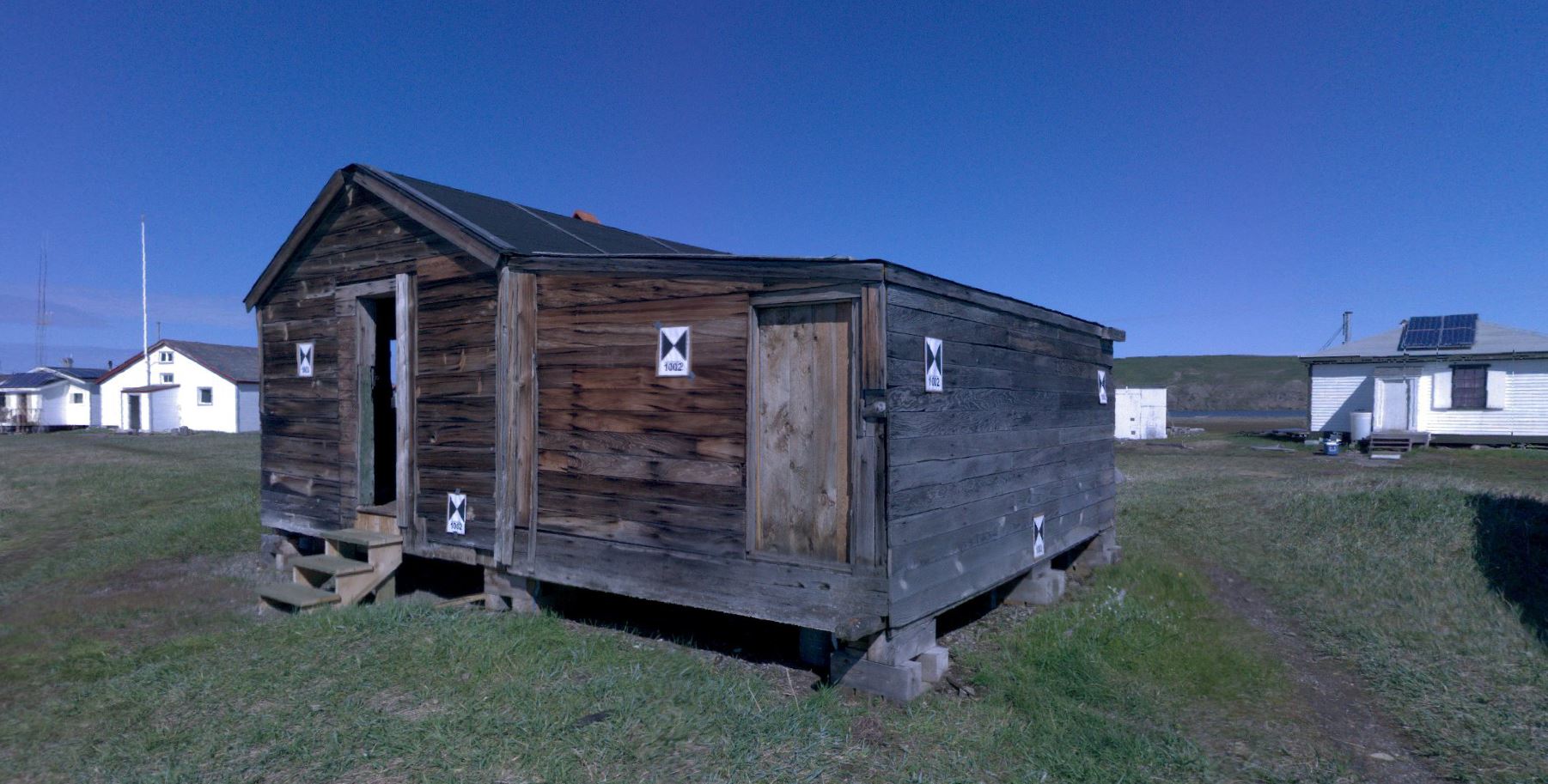 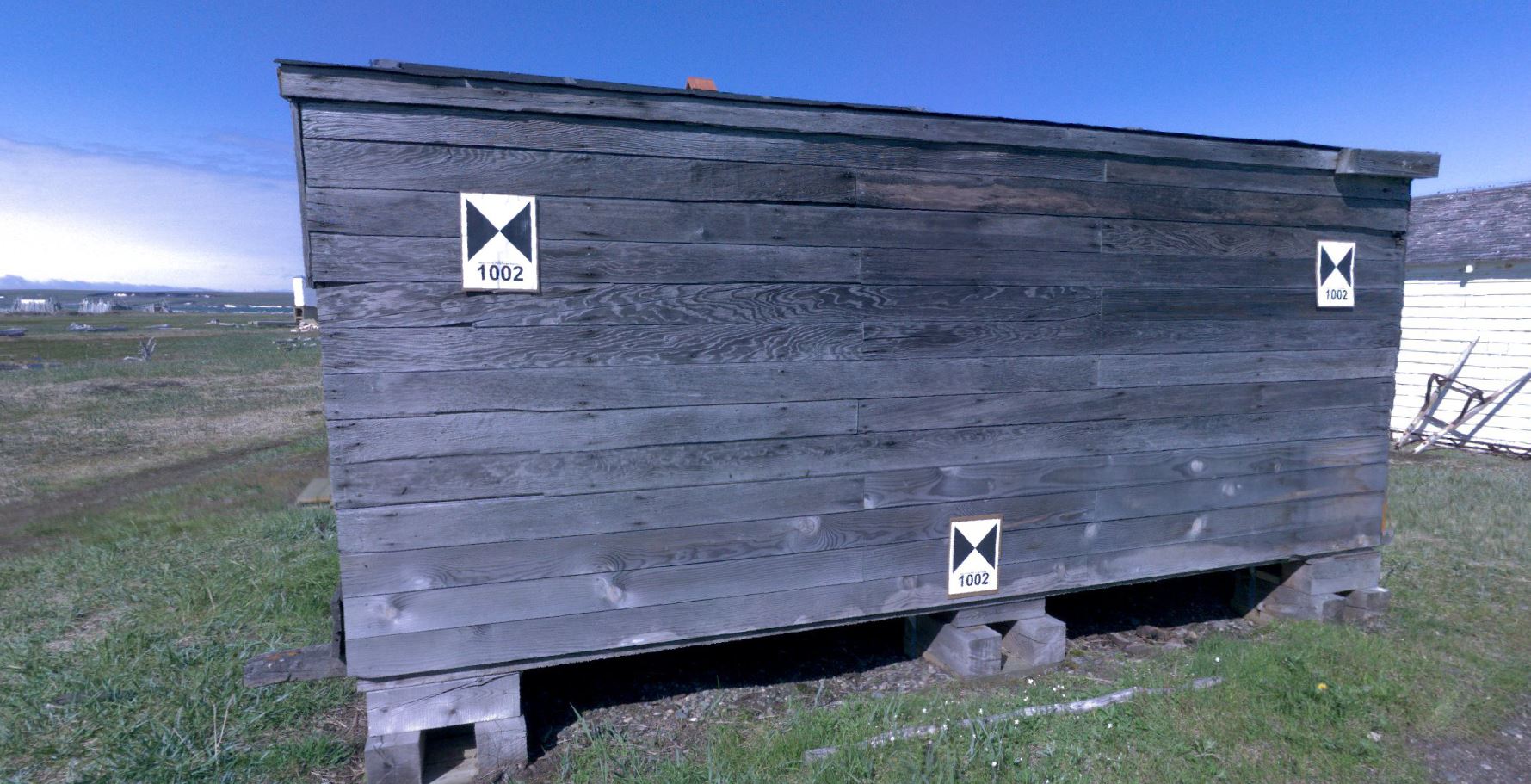 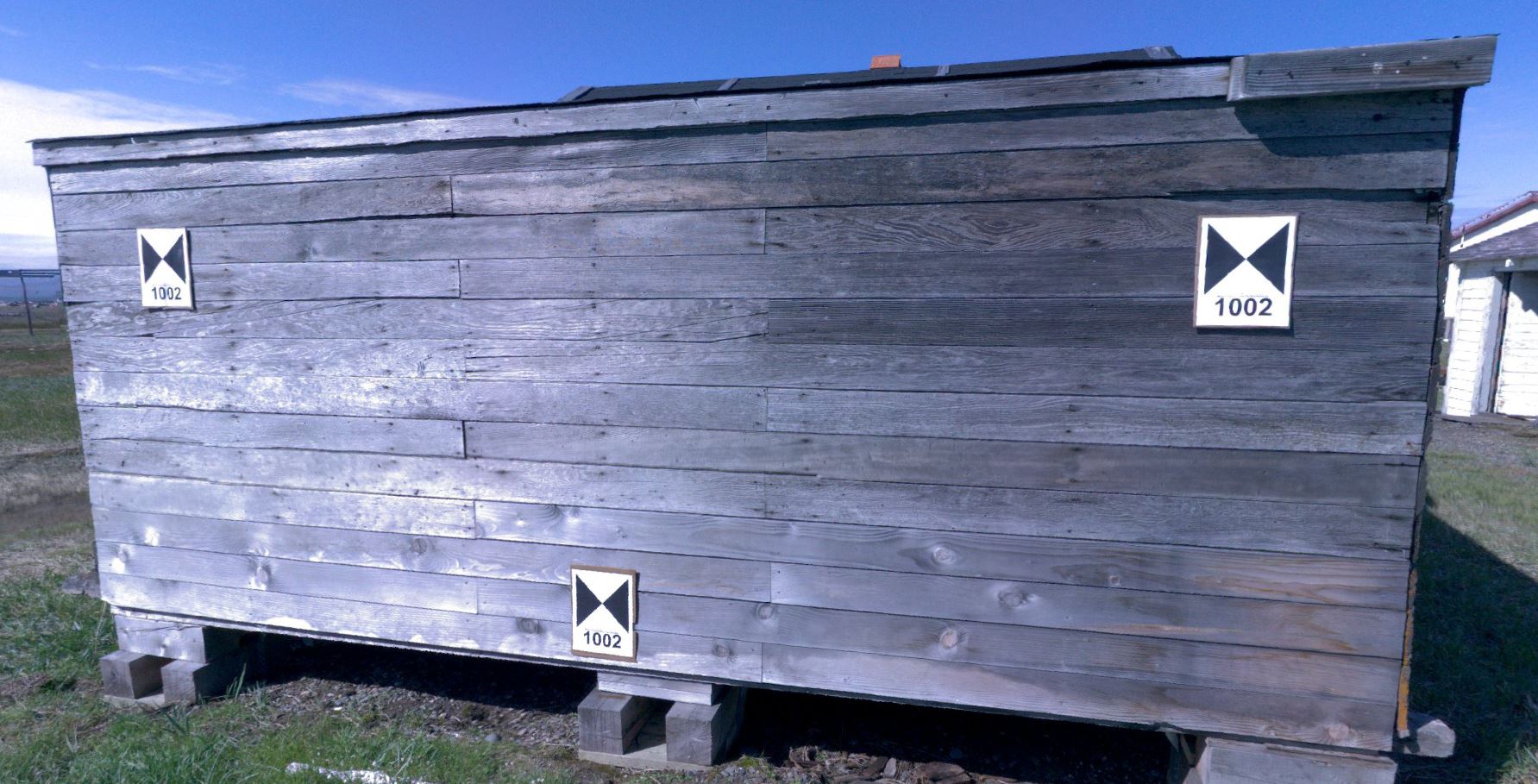 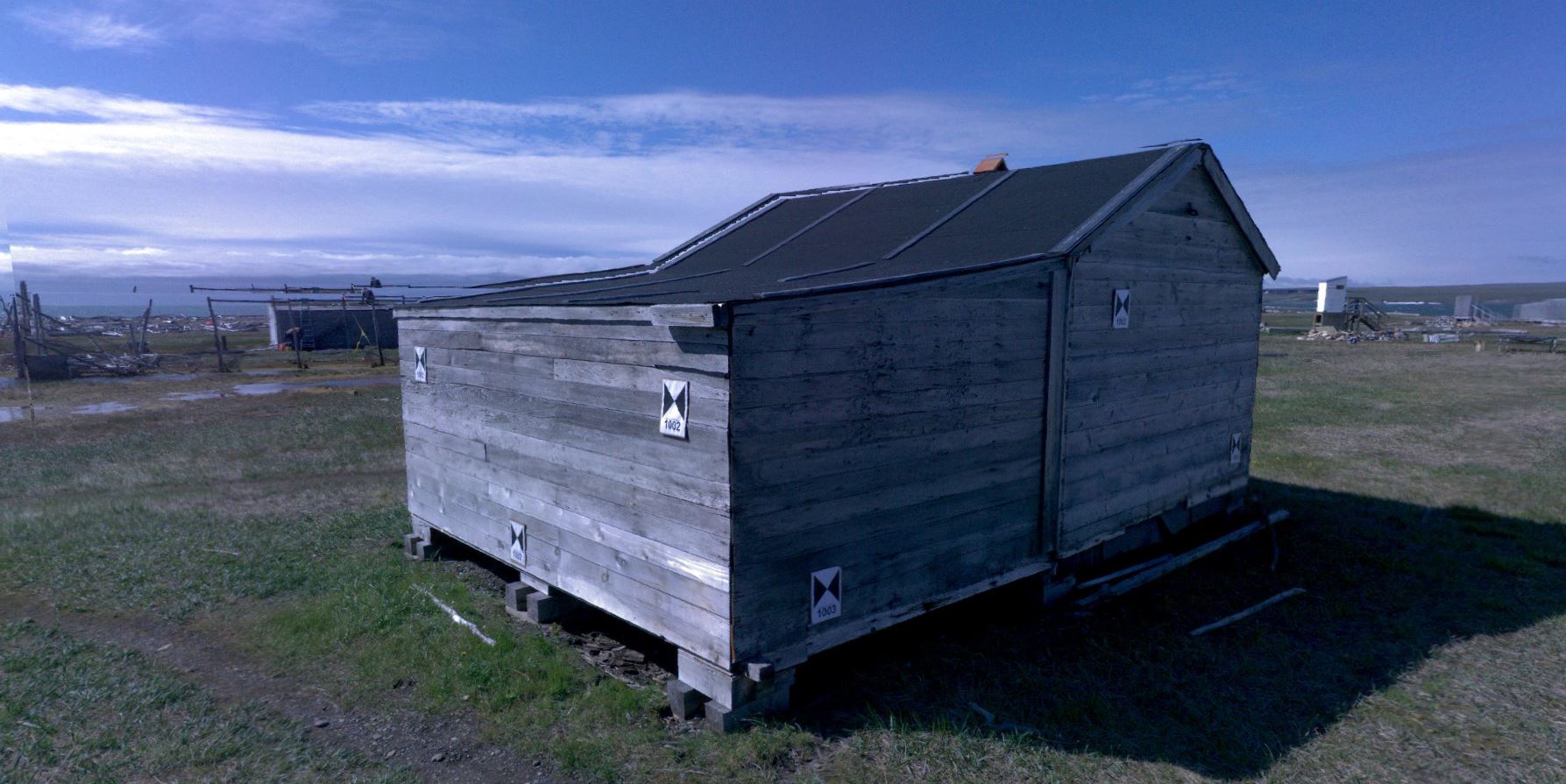 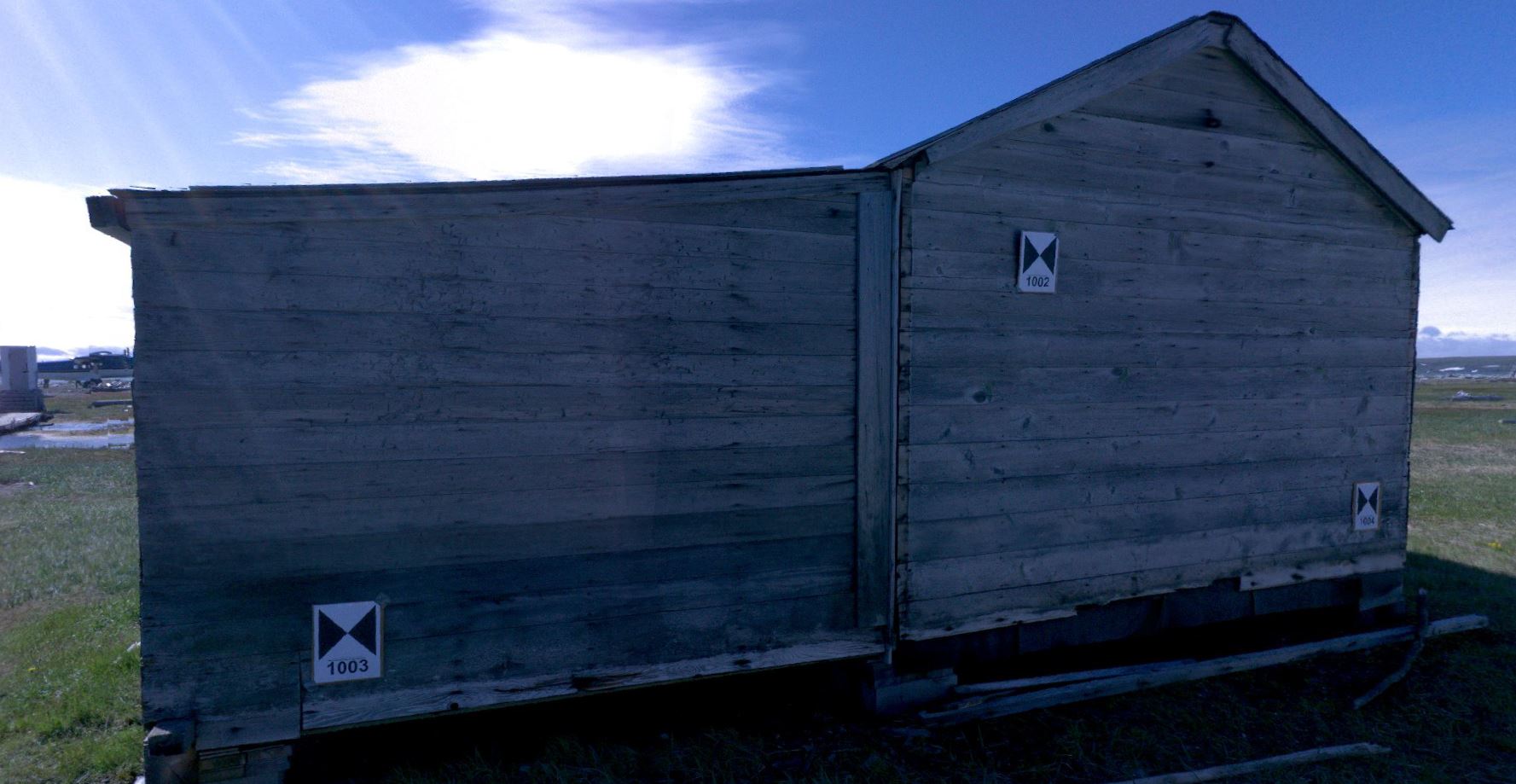 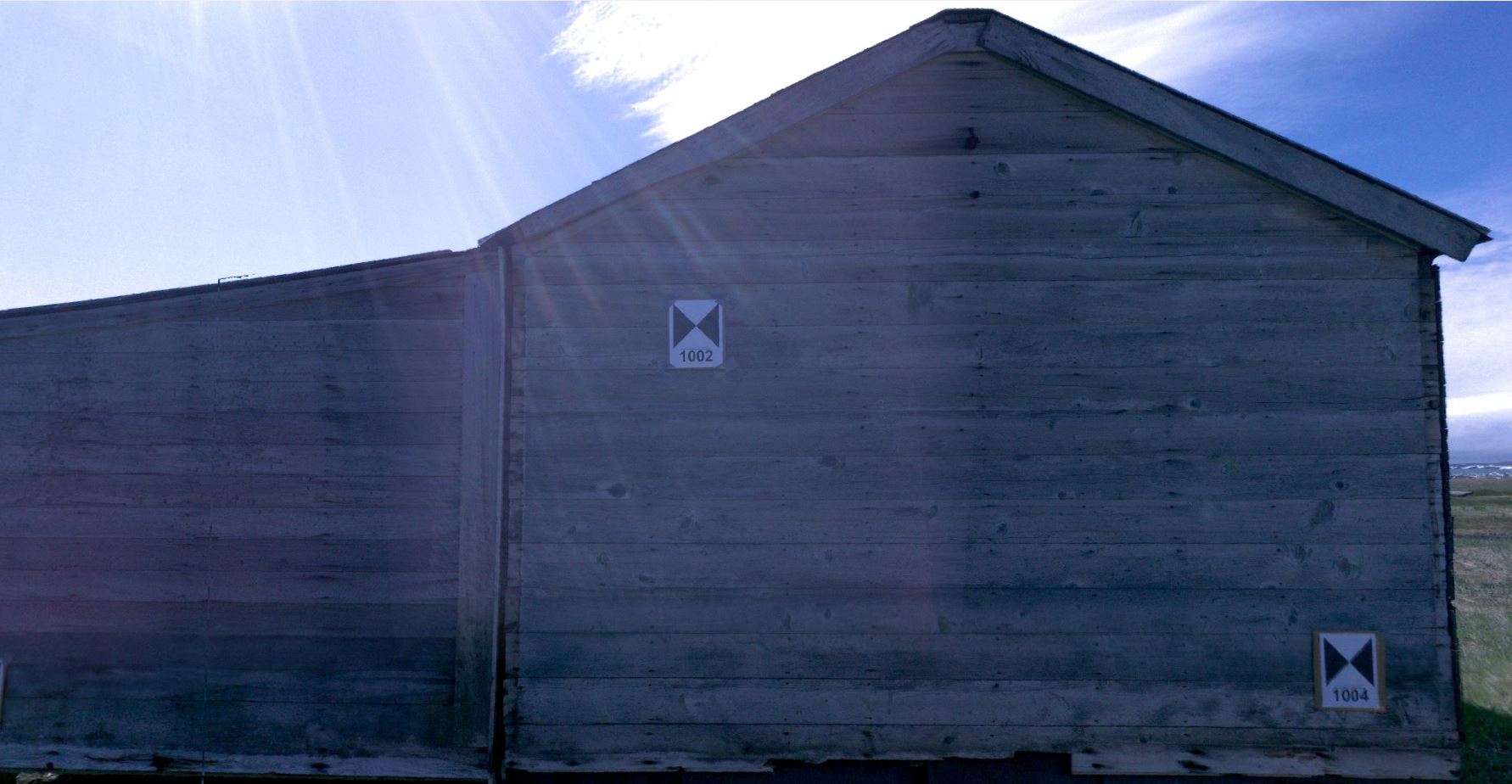 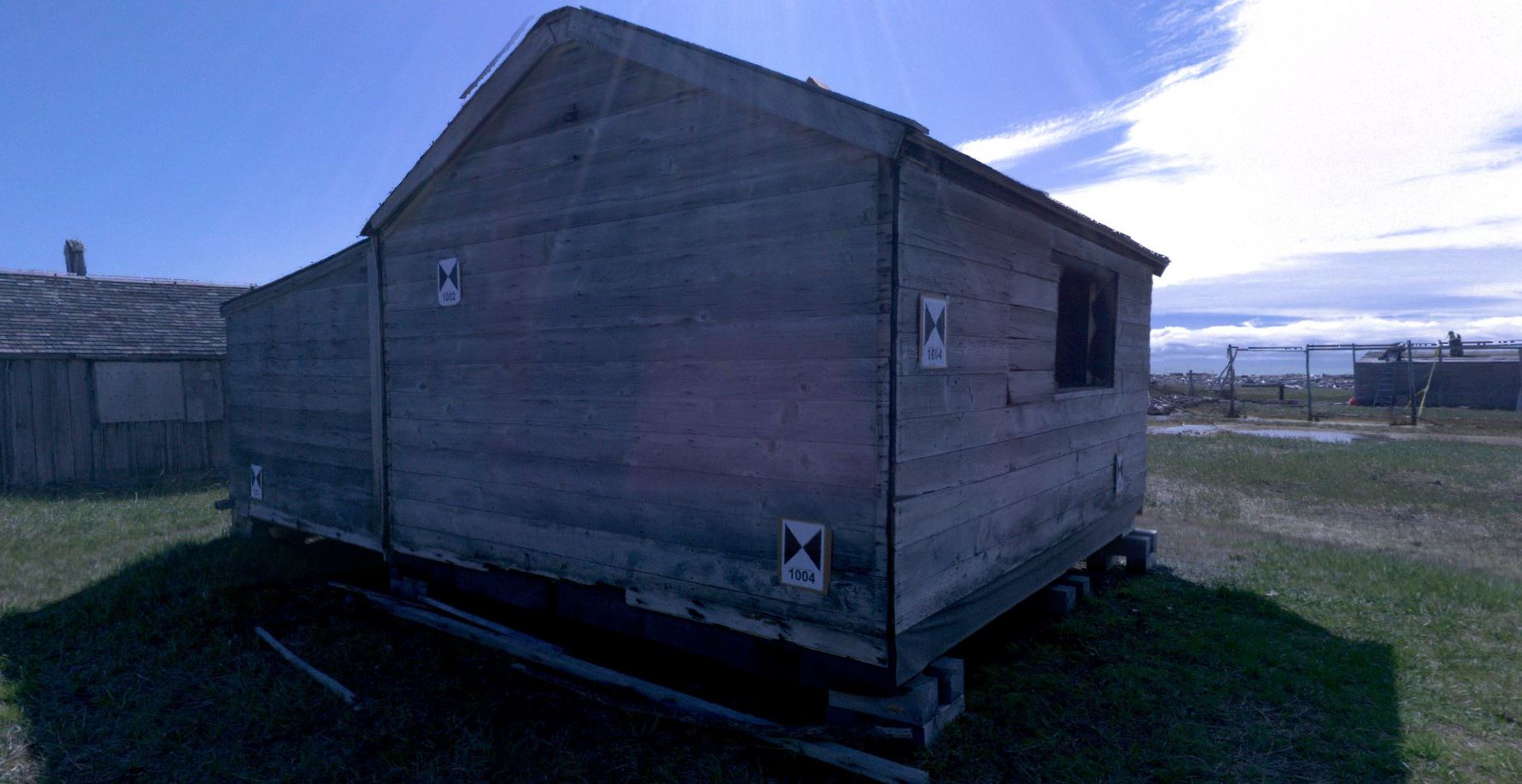 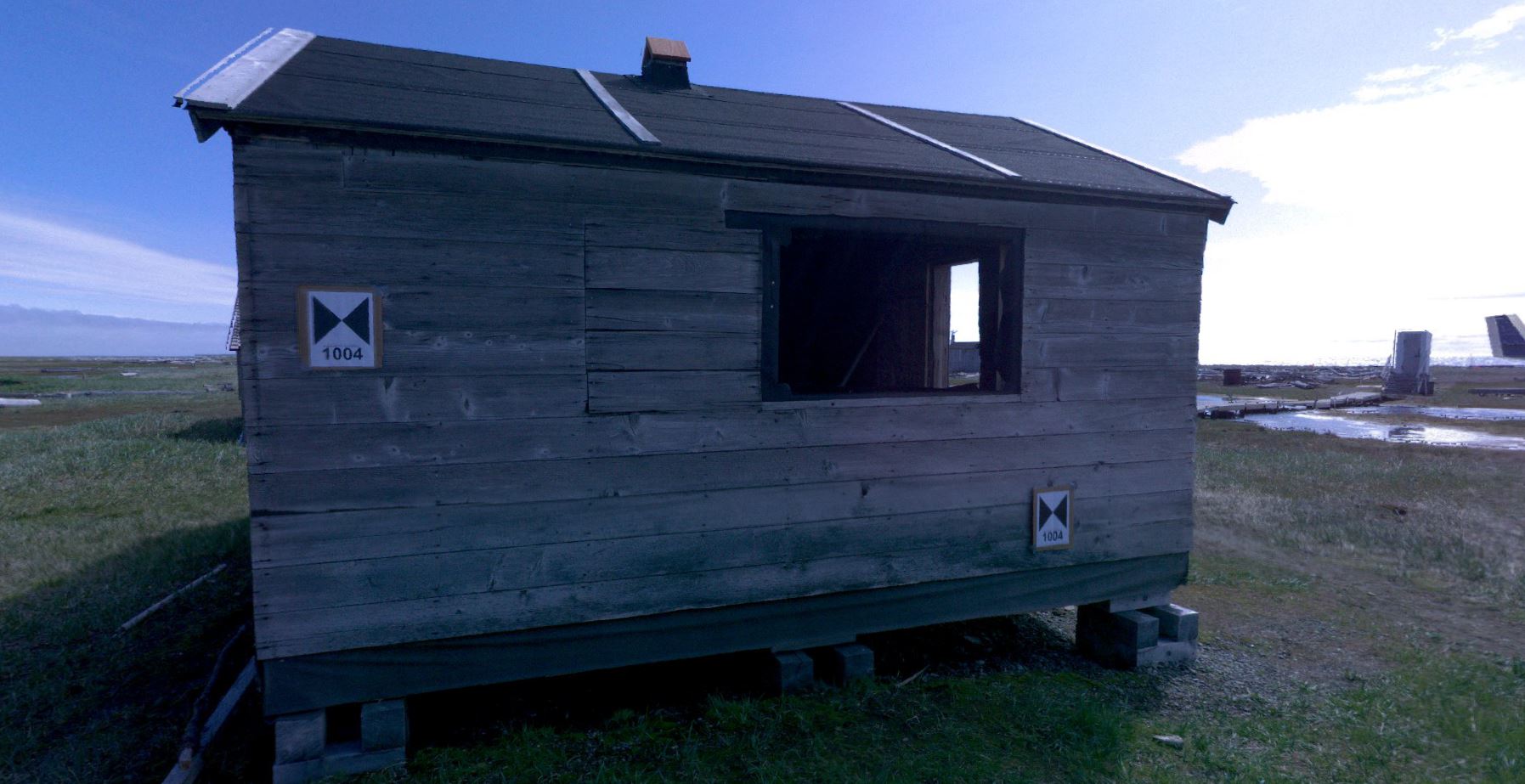 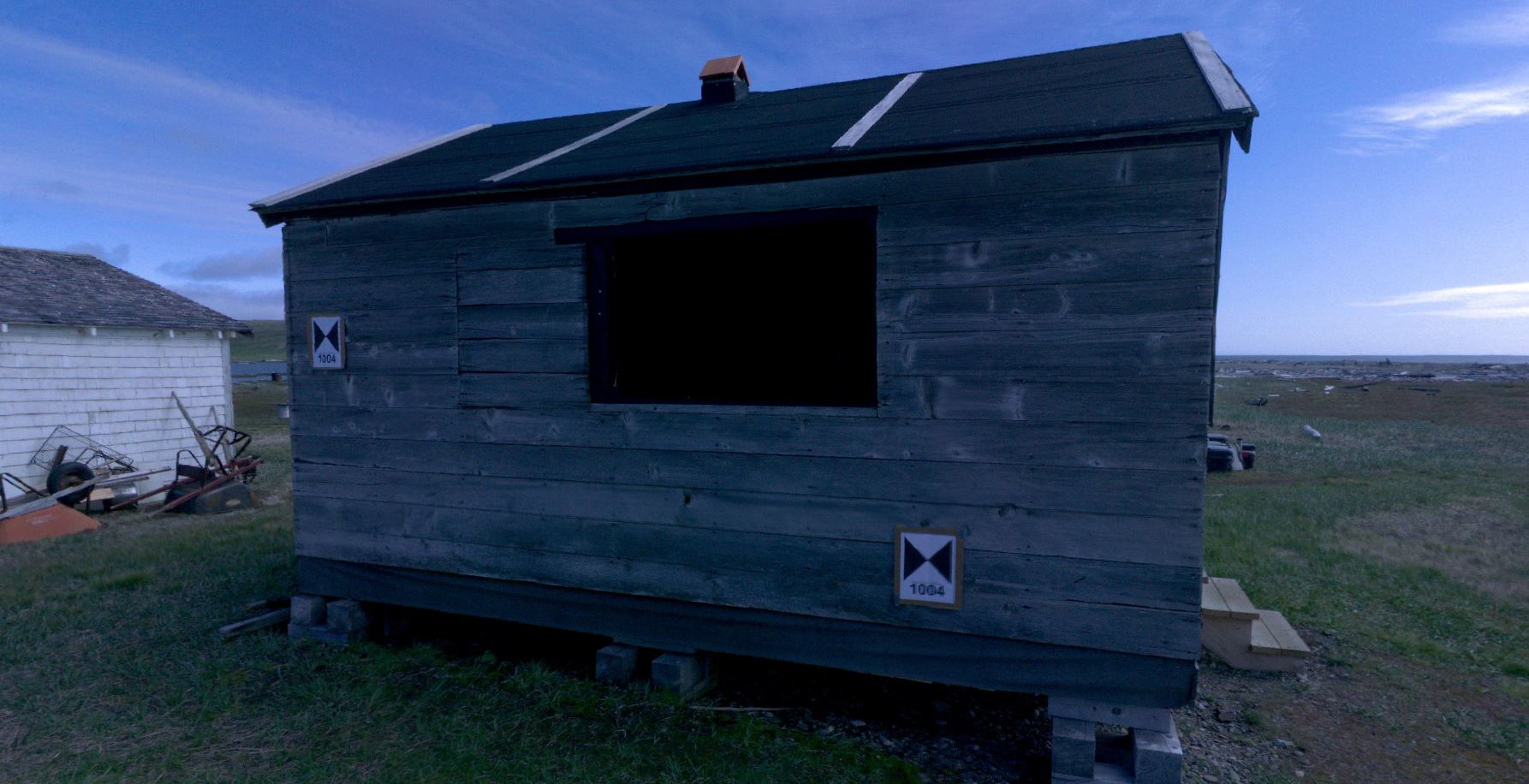 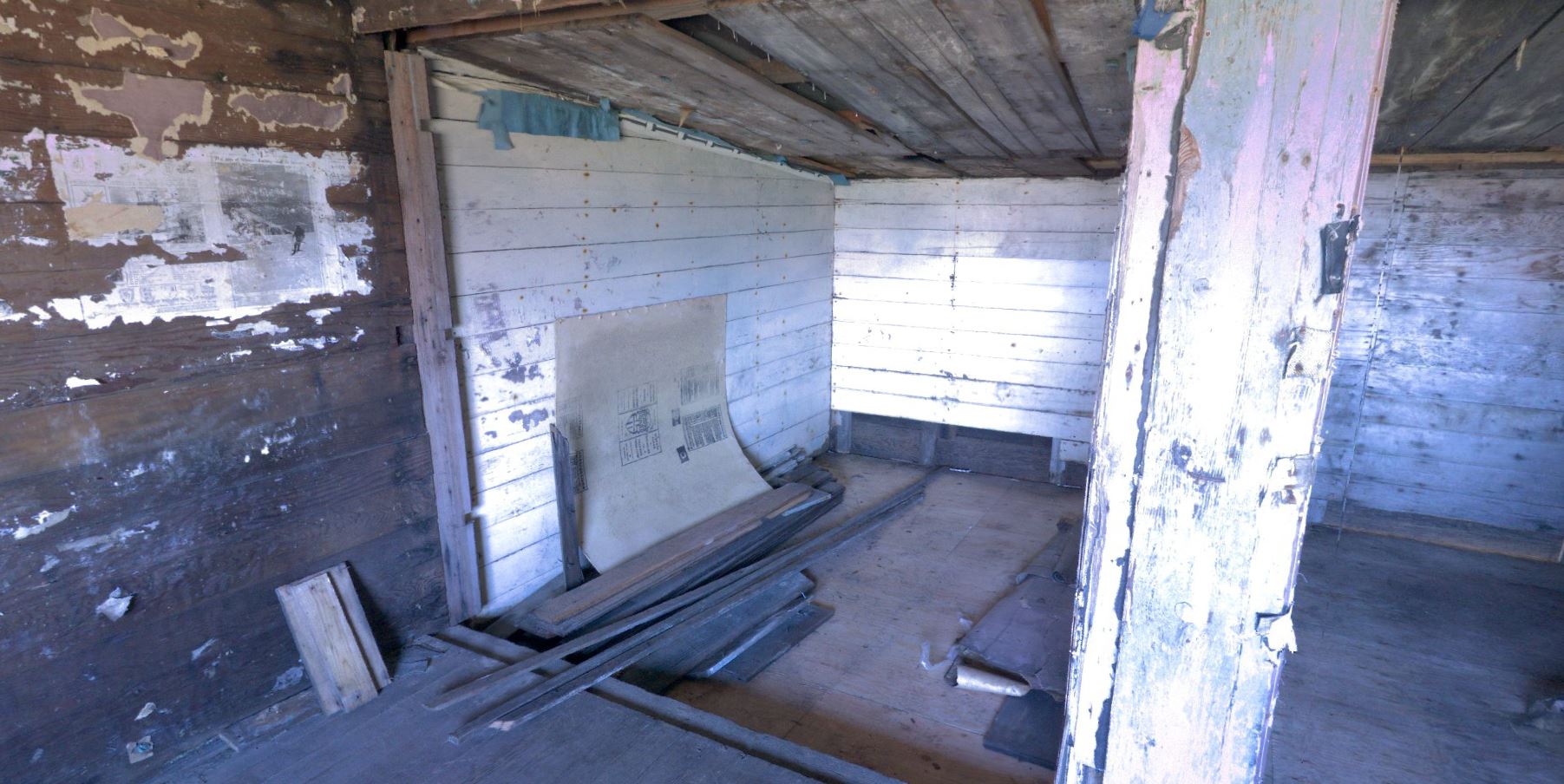 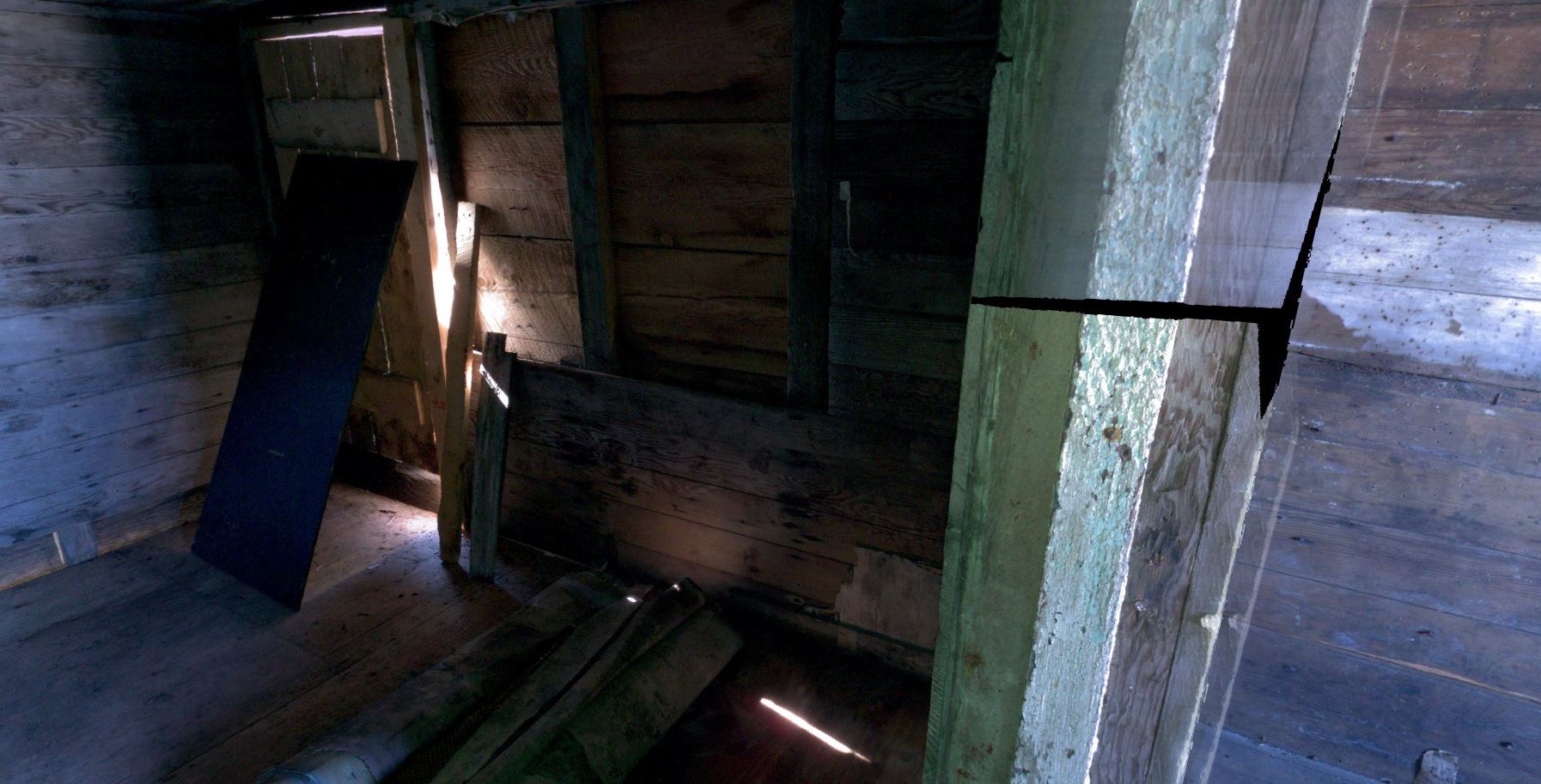 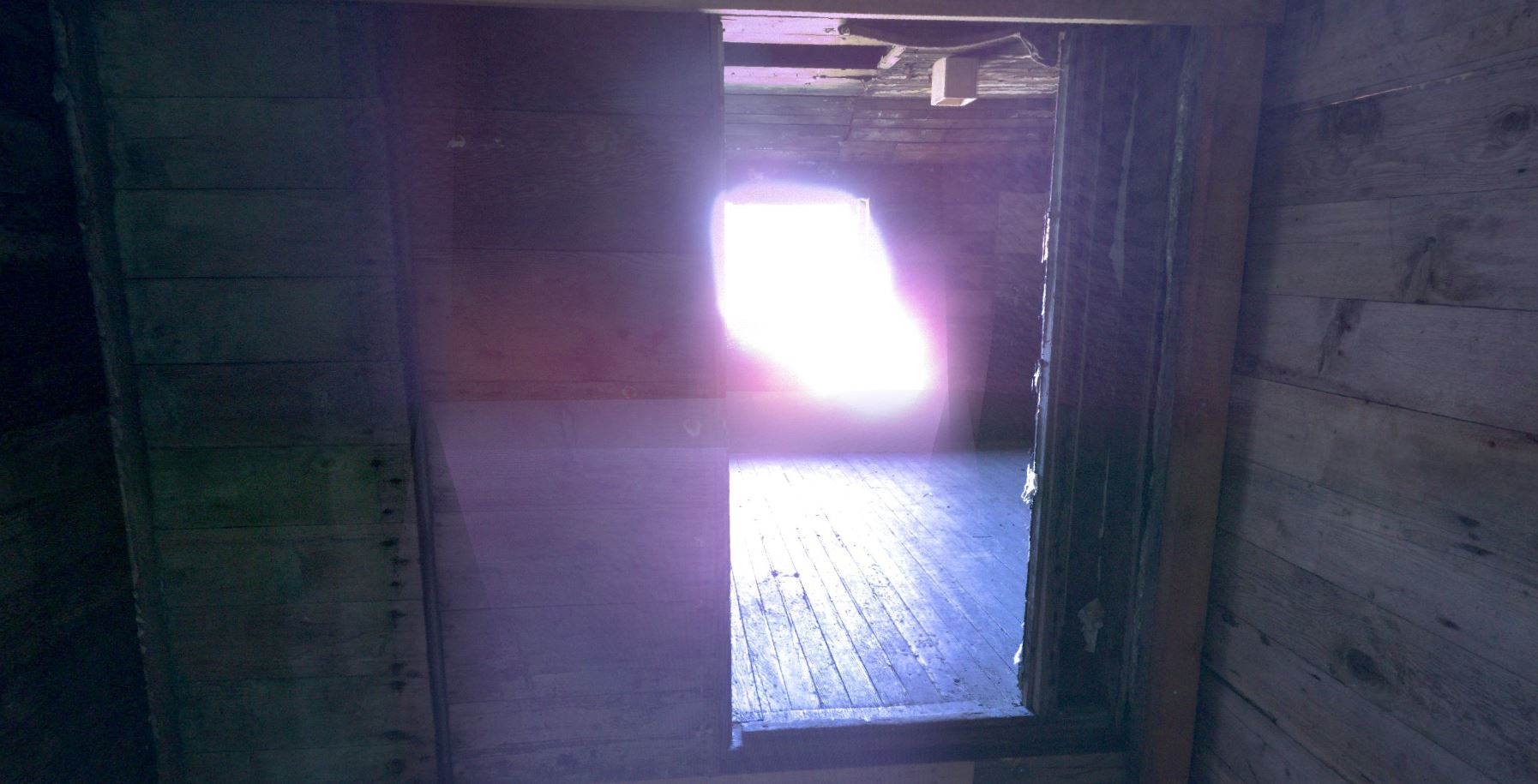 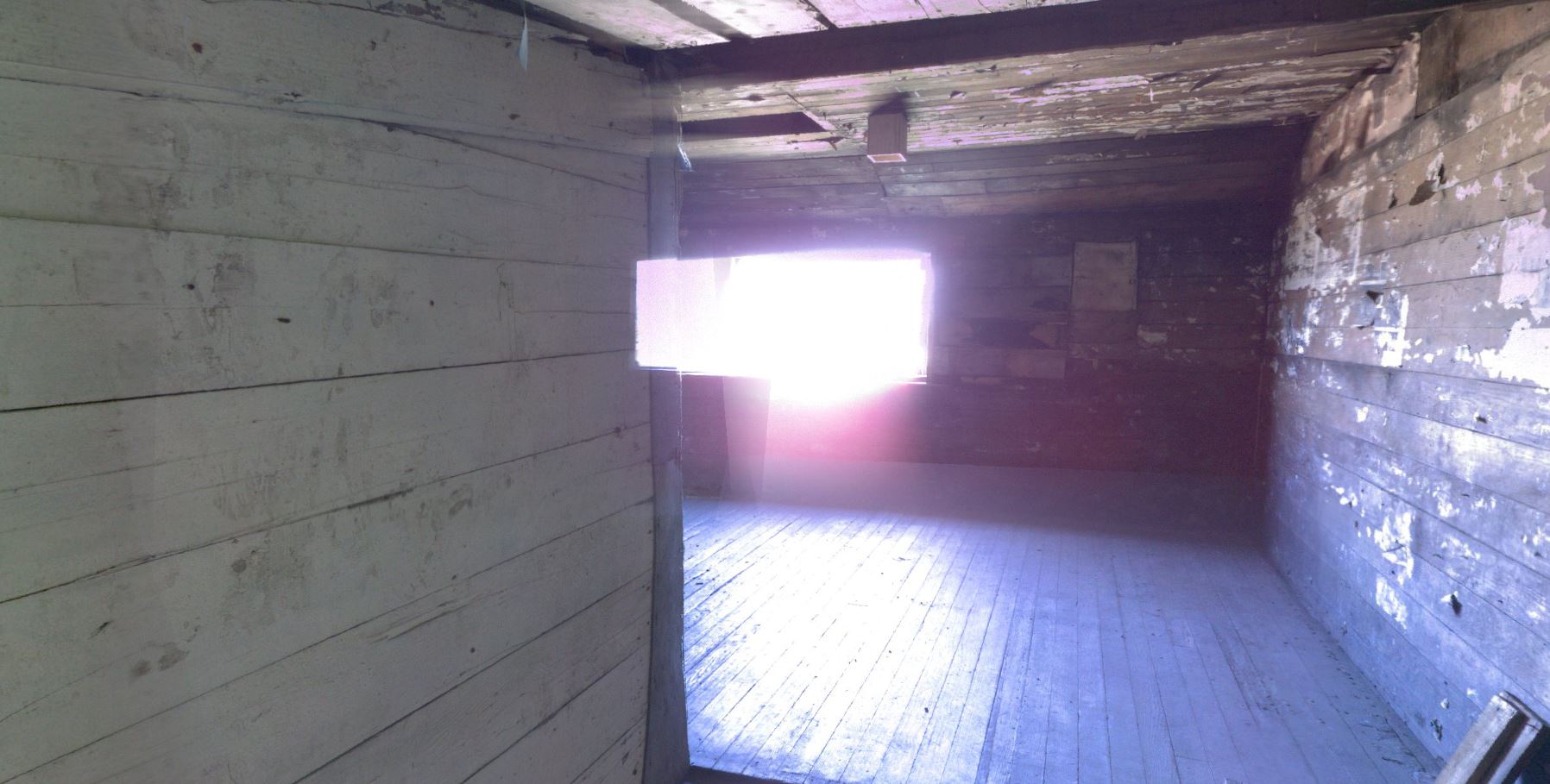 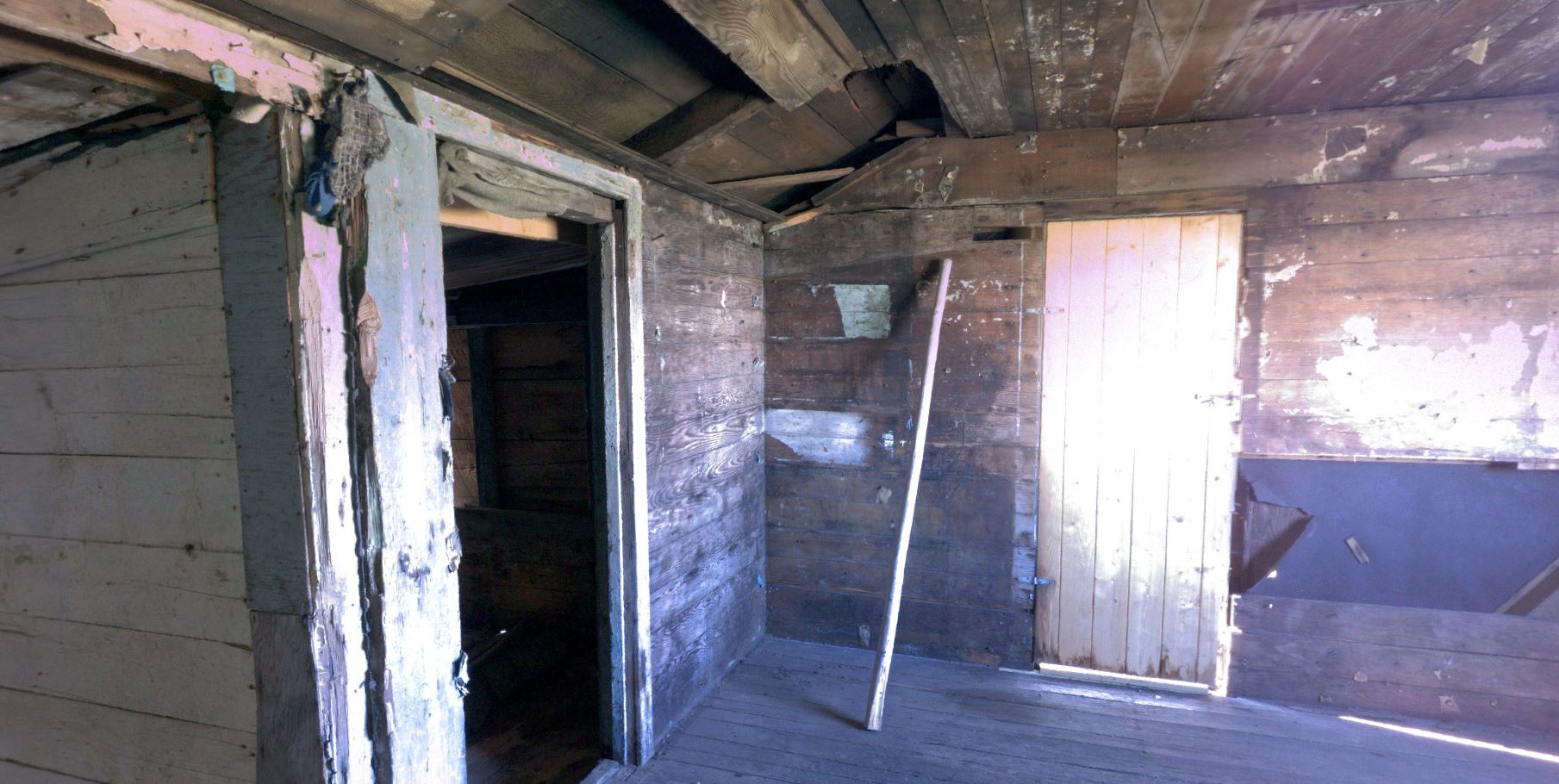 Grab the Slider With Your Mouse and Move it Left and Right to Compare Images. The photograph on the right, was taken by Murielle Nagy in 1991 for the Herschel Island and Yukon North Slope Inuvialuit Oral History Project for the Inuvialuit Social Development Program and is stored at the Inuvialuit Digital Library. The image on the left, is the point cloud data from the 2019 collected by the Capture2Preserv Team. 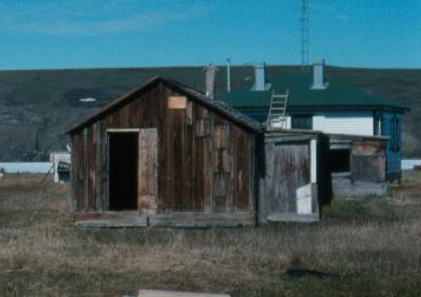 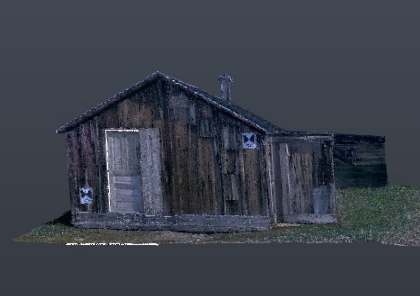